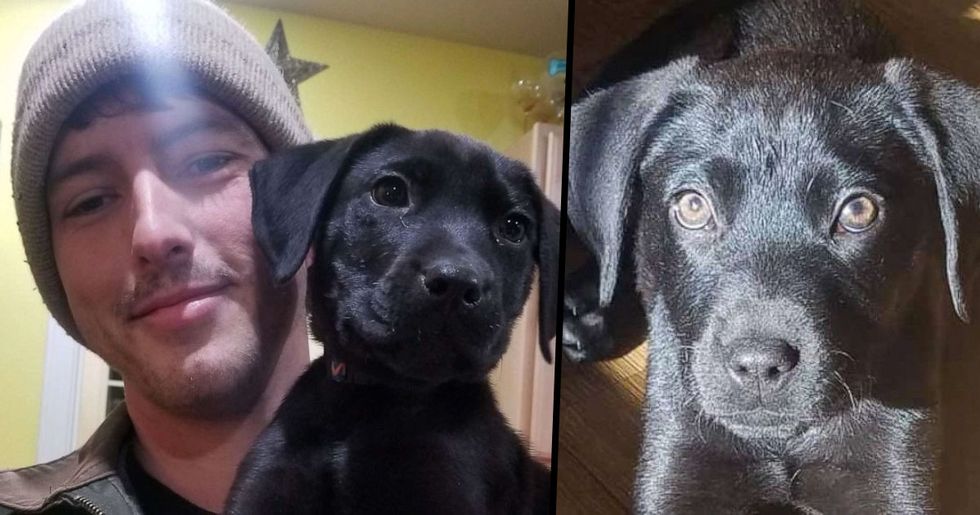 Puppies are difficult at the best of times. Those innocent pearly eyes can hide a whole host of crimes and misdemeanours - and a deaf puppy must cause a riot.

For one hard-of-hearing Labrador, Emerson, a hereditary audial problem meant that it was near impossible to find a suitable home - until a certain Nick Abbot came along and changed the little puppy's life forever.

Nick, being deaf himself, felt an affinity with Emerson, and he even taught him sign language! Let's take a brief look at the story as well as an overview of some other incredible canines!

It all started with a puppy.

Few things are as universally adored as puppies - even babies are likely to be less well liked.

But this pup was different.

He had an infection.

The infection was called canine parvovirus, or parvo, which attacks the eardrums of dogs.

He even suffered from seizures.

Seizures in dogs, thanks to the structure of the brain, can prove far more dangerous.

Emerson was a rescue dog.

He grew up in a shelter in Florida, until he was transferred north.

It was only after he arrived in Florida that anyone realized he was hard of hearing.

It’s no easy thing to maintain, care for, and bring up a puppy that can’t hear you. How do you call the poor little guy back? How does he know you’re home? Our hearts break just thinking about it.

Though, apparently, Emerson was resilient.

A previous carer, Lindsay Powers, told Good Morning America, “He doesn't let it bother him at all, though he's a typical puppy."

Calling for a kind-hearted American to adopt the poor little pup.

We imagine they didn’t fancy his chances.

It’s a lot of work to raise a deaf puppy; it makes the process so much more trying for the owner.

But someone stepped up.

And not just anyone, but Nick Abbot from Maine, who had something profound in common with Emerson.

Just like his new puppy! Two companions, traversing a soundless world together.

The shelter was more than happy to oblige.

Nick’s application was processed quickly and the two were able to meet.

“They were meant for each other… it’s amazing."

Turns out, they really need each other.

Nick’s mother went on to say, “Whenever they're together, Emerson is always finding a way to lean on Nick."

The family has even attempted to teach Emerson sign language.

Emerson has allegedly learned to sit, stay and come.

Nick’s mother finished by saying, "If Nick reaches up and shakes his ear lobe, Emerson will bark."

That man’s best friend is capable of the wildest things! Dogs have been known to recognize music, protect human lives and to perform the most outstanding acts of valour.

To round us off, here’s a list of extraordinary feats performed by dogs.

If you don’t find these heartwarming, you must be some sort of monster.

This extraordinaire holds the world record for the fastest one hundred meters with a can balancing on her head. Yes, it sounds silly. But you try it… it’s difficult.

The longest tongue of any dog belongs to the wonderfully named, Mochi ‘Mo’ Rickert.

Trakr is credited with finding the last 9/11 survivor - a woman who had been trapped under the rubble for over twenty-four hours.

Here's the dog revered for furthering the field of psychoanalysis for years to come.

Augie can fit the most tennis balls in his mouth!

Okay, not sure about this one. He’s giving us bad vibes.

Norman is the fastest non-human in the world… on a scooter.

Chaser is widely regarded as the world’s smartest canine. According to research, Chaser has the intelligence of a three-year-old human child.

Rin Tin Tin is a natural thespian. After being saved from the WW1 battlefield, Rin Tin Tin went on to star in dozens of Hollywood films throughout the 1920s.

You can't get much more famous than Toto, the Cairn Terrier.