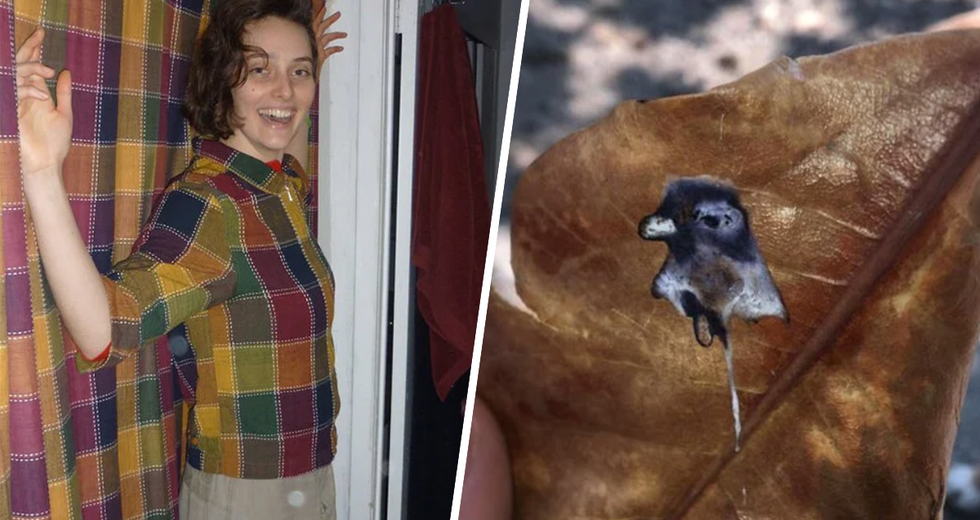 Incredible Photos and GIFs That Defied The Odds

If you've ever been to a casino, you know the feeling of thumbing your nose at the odds. In every way, the house has stacked the odds against you, and yet, you still march in, throw down your chips, and draw your cards. (Not you personally. The dealer. You're not allowed to touch the cards.)

Human beings have an innate desire to flout the supposed odds. We think we're better than statistics; that we're special; that the rules of the universe don't apply to us.

We've collected here the best gifs from the Never Tell Me The Odds subreddit. Here you'll see pictures depicting the least likely, most incredible odds-defying moments ever captured on film. Watching them will honest to god get you so pumped. Will you end up pumped enough to march back into that casino and go double-or-nothing? We sure hope so (but take it easy, you've got a mortgage probably).

Came down to the wire.

We were seconds away from losing our home to the California fire. Thank you to all the firefighters that saved our community! - BBQBUDDAH22

Can't be a coincidence.

Meet the Jim Twins who are identical twins. They were separated at birth and adopted by different families. They both got married and divorced to a woman named Linda, remarried a woman named Betty, and each had dogs named "Toy." They both named their sons James Alan and were reunited at the age of 39. - stynsrienie

Putting some cheese on my burger. - kakapoopoopeepeeshir

A once in a lifetime trick. - iahimide

Get this guy to the Olympics.

My smooth recovery after dropping a box at work. - BourgeoisPorridge

Twins married twins to give birth to another twins. - KayyyPeyyy

The shot to end all shots.

The cat is... most powerful.

F*ck this bike in particular. - slayer_mike

Car found after an Amber Alert near me. - xGrant

He never gave up on it, and that made all the difference.

The catch this kid made was amazing. - Morty_Goldman

Pigeon poops portrait of itself on a leaf. - Koda_Has_A_Top_Hat

Stuck the landing even.

Motorcyclist gets hit by a car running a red light, flips in the air, and lands on his feet. - TacoPvP

This fish has a destiny.

The cat knocked my daughter’s fish bowl off the dresser. - slowf3

In 1981, a pediatrician saved the life of a 3.2 pound premature baby boy by working around the clock to stabilize him. In 2011, the same pediatrician was pinned inside a burning vehicle after a car collision, but was saved by a paramedic who turned out to be the premature baby he saved 30 years earlier. - jacobThozz17

But is it a coincidence?

This is how the newspapers were stacked up at my job. - OilersFansDontMatter

Great minds, as it were.

Spectator taunts player hit by puck, before getting hit by one himself. - IsThisNameValid

I wouldn’t believe it if I didn’t see it. - MrsWilliams

Well, blow me down. - HansGruber_HoHoHo

He shoots, he scores. - Ninja_Spi-D-er

The first time my friend visited my apartment she was mind-blown that my shower curtain looked “exactly" like one of her shirts. I half-seriously said that her story sounded made up and promptly forgot about it until she returned the following week to demonstrate. I forever stand corrected. - mattjh

The police Facebook page posted a picture taken by a speeding camera. The bird saves the day. - Aeogor

Not a single one.

None of their feet are touching the floor. - dustyoboe

Studios show positive people tend to live longer, but not like this...

Add one to everything.

Aww, I love you too chicken.

Magma and rock flow together. - jeelutin