Definitive Proof That Siblings Are the Worst | 22 Words 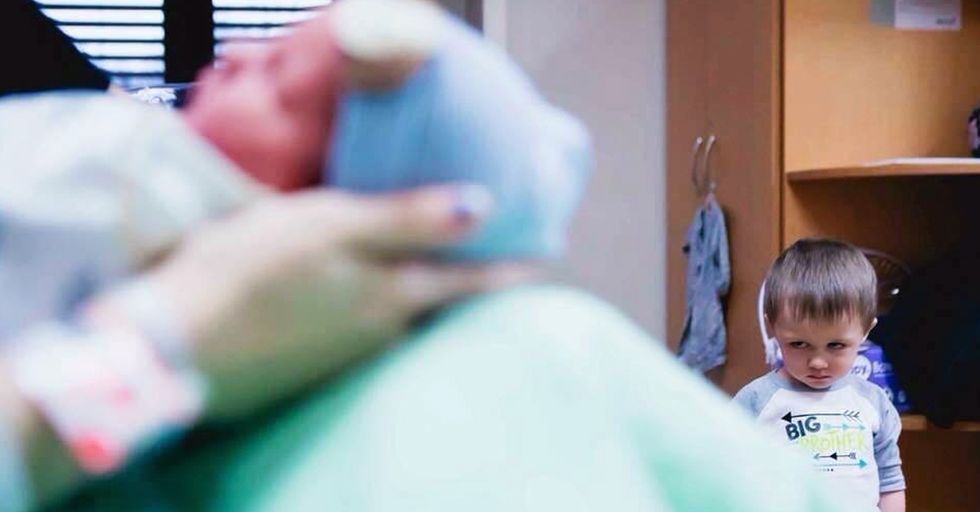 Definitive Proof That Siblings Are the Worst

Do you have siblings? I have two. We get along famously...now. But it was not always this way. Just like any siblings, growing up we found new and creative ways to torture each other and make each other cry. It was our favorite pastime. We kicked and punched each other, sure, but we also drew in each other's coloring books and told on each other to our parents and told each other we were adopted. You know, sibling stuff!

Eventually, we grew out of the kicking and punching and screaming, but we still like to rib each other with joke gifts and embarrassing posts and all that good stuff. You will only understand and deeply connect with the pictures in this list if you have siblings of your own. Some of the kids here are still little and their rivalries are fresh. Some are adult siblings who are gleeful in their creative attempts to simply annoy the heck out of each other. But all the people in these pictures have one thing in common: Siblings to bother.

Raise your hand if this was you and your siblings growing up.

Yeah, me too. No two siblings got along 100 percent of the time. If you did, at least one of you is a robot.

This is amazing. She doesn't want the new baby to see behind the mask, to make her vulnerable. I totally get it. More power to ya, little girl.

There's nothing better in this world than being able to embarrass your siblings in front of strangers. This is a great way to do it.

Surprise at the cabin

I would jump out of my SKIN if I saw this when I entered what was supposed to be an empty cabin. Literal heart attack.

I get it. As the oldest, I learned very quickly that new babies steal a bunch of attention that is rightfully yours.

Classic bit. Awesome. The only way this arriving sibling could make it better would be to walk straight past them, get in a cab, and ride it all the way home.

I would be so mad if my sibling did this. Mad enough to hit something with a hammer! I see what they did there.

Telling your siblings they're adopted never gets old. Not that adoption is a bad thing! But pretending to know a secret about another person... That's cold.

"It kills my soul but I love you anyway" is a really poetic and accurate sentence about sibling relationships and really any relationship.

Duct-taped to the chair

This is not the same, but whenever we would play cards on the floor as kids, our giant Newfoundland would plop down on the game because she wanted attention. She was the best.

This is so mean! I know the look on that kid's face. The look of exhausted desperation.

If you use your Photoshop skills to make it look like your sibling threw their child 20 feet up into the air... That's hilarious, congratulations.

I'm sure they had been told that he was going to be just fine before they took this picture! This really is a good one.

She looks just about as thrilled as she did the first time she received a t-shirt that says "World's Okayest Sister" on it.

If you say you want whatever, you're going to get a soup ladle that your sister probably stole from your parents' kitchen drawer.

Gag gift, indeed! This is so funny, though, and it is definitely giving me ideas...

This was such an opportunity to make him do a chore that actually exists that you didn't want to do. Sibling exploitation 101, people!

Wait until she grows up, sees this picture, and then uses it as an excuse to torture you for years!

This is so funny but also what is this family that spawned two really talented (and hilarious) painters?

Aw. Hey, at least your sister gave you a present when you dropped out of college. Not many people do that.

Brilliant. So mean. But brilliant.

Um, this is an extremely expensive bit. Bandaids cost a lot of money! And you don't want to be driving this around. Get it fixed!

OK, this is hilarious. I understand those tears, little one. I really do. How could he ever look at his brother again after this?

Not going to lie, I was about this angry when my little brother was born. Of course, I wanted a sister!

Um, this is terrifying and this will no doubt haunt my nightmares for many years to come! Thanks, Reddit!

If you have siblings and you haven't waited for hours to hit them at just the right time with a Nerf gun, what are you even doing with your life?

This is extremely detailed! It's so mean! This is really taking it to another level.

I'm sure she loves him, but no matter how much you love somebody, this is not OK. This is terrifying.

I mean, this one's just a nice gift. Share this with your siblings!