Definitive Proof That the World Is Actually Ending | 22 Words 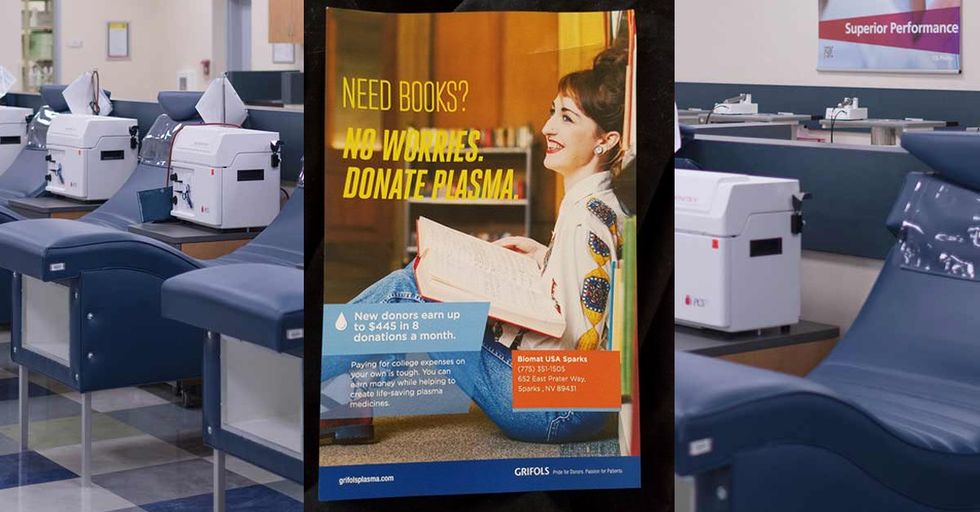 Definitive Proof That the World Is Actually Ending

Newsflash: The world is ending, and it has been for some time now. Between the disaster that is our government, the pitfalls of late-stage capitalism, and our planet (that we have so completely destroyed evidenced by it's changing climate), you could say that we have seen better days. Everywhere you look there is evidence that our world is broken, and honestly, it is starting to feel a little hopeless.

Do you not believe me? Well, here I have gathered 29 examples that prove that the "end times" are upon us. These are awful reminders of the system we have been living inside of for generations, and how it simply doesn't work. People have to beg kind strangers for money to afford their own healthcare, others are being laid off from jobs. This isn't fair, and it's time for something massive to change.

Only a GIF from The Handmaid's Tale is appropriate for this dystopian list. We are slowly destroying everything we've built! No, really!

Your chair is killing you

One way or another. from ABoringDystopia

You mean this office chair that I bought from IKEA for $50 because it was absolutely the cheapest office chair they had isn't doing wonders for my back or my posture?

Teaching kids to read via logos from ABoringDystopia

This idea is a bit terrifying, but using brands and logos to teach little kids the alphabet is probably really effective. Although do you think they know what the USPS is?

This vending machine in this Russian mall is for buying likes on your Instagram pics... from ABoringDystopia

This is some Black Mirror craziness, right here. We cannot live in a world where social media likes are that important. We just can't!

You get 3 minutes from ABoringDystopia

Oh, how generous! Customers can't go without McDonald's for more than three minutes because if they don't get their Big Macs, the world explodes.

Education for your kids? Not important. Buy our expensive car instead. from ABoringDystopia

Yeah, who needs college when your dad has a sick car? You can drown in student loans for the rest of your life. It's no big deal.

This post is upsetting, but it remains true that people have to think about the possibility of a school shooting, every day. It's an epidemic.

Sure, you want to protect yourself from muggers and attackers, but you don't want to carry around an ugly canister. Go get sexy pepper spray, instead!

This is fascism in play. If we aren't given the right to criticize our government, we're not participating in a democracy.

Do you sense the irony here? If you purchase this huge jug of soda, KFC will donate a dollar to the Juvenile Diabetes Research Foundation. Um, hello?

Ads like these exist, because so many of us cannot afford the cost of living! Jobs pay us so little or often times lay us off. And then you can't pay your rent! Hahaha, I'm laughing because if I'm not laughing, then I'm crying.

Disconnect, but don't forget to bring your phone... from ABoringDystopia

How does an app (which is on your phone) help you disconnect from your phone? Help me out, here. I don't get it.

I got this notification, and let me tell you it was as apocalyptic as it seems. The fact that Trump can force a message on me whenever he wants is no bueno.

This is actually so funny because my Halloween costume is a sexy version of  "We're Destroying This Planet and Should I Have Kids Or Are They 100% Going to Go Up In Flames With the Earth?"

Need to afford to learn so you can get a degree and contribute to the economy by being part of the working population? All you have to do is sell a part of your body! No biggie.

Capitalism is in Style from ABoringDystopia

I know an H&M tag when I see one, and I don't think any other store is an accurate microcosm of a dystopian hellscape as H&M. Maybe Forever 21.

When mindlessly staring at one screen on your commute just isn’t enough... from ABoringDystopia

But like, how is he supposed to play the game and watch the show at the same time? This is what I do at home with the TV and my phone, only it's a little more doable.

When your dog's self-esteem requires fake ball implants from ABoringDystopia

That $13,000 could have fed a lot of hungry people. But at least Kim K's dog feels like he has balls again. I love dogs. They don't need to feel like they have testicles.

You know your kid will be riddled with anxiety one day, so why not start them early on the fidget toys?

Here's a lesson for you. No matter how hard you work, no matter how dedicated you are to your company, there's always a possibility that you will be laid off. Remind yourself that you come first, not your job.

Amazon doesn't want to cage employees after all. from ABoringDystopia

Oh, was it? In hindsight, it was a bad idea to think about putting people in cages? Only in hindsight? Wow.

This looks like something out of Maniac or Blade Runner. I wouldn't touch that screen though. It must be filthy.

Well, this is terrifying! I would advise whoever works in this office to get out immediately.

Now, they are putting advertisements inside the things you eat. Where will it stop? I have a feeling it won't.

Do millennials even eat?

Hm, we're eating out less, but we're also buying fewer groceries? Maybe it's because life is expensive and jobs don't pay us enough, so we are forced to eat less food. This is code for hunger.

Newsflash: "Heartwarming" stories about kids raising money for their own or a friend's healthcare by selling pumpkins or lemonade ar awful and terrifying and evidence that we already live in a dystopia. The fact that people have to start GoFundMe's for treatment is absurd. Healthcare should be a human right.

Here it is in action. A man literally having to hand over cash before he can be treated for his health problems. This is disgusting!

Look at all that freedom from ABoringDystopia

Here it is, folks. Here is the distillation of everything this gallery is. The point has been missed. Share this with someone who will despair with you!