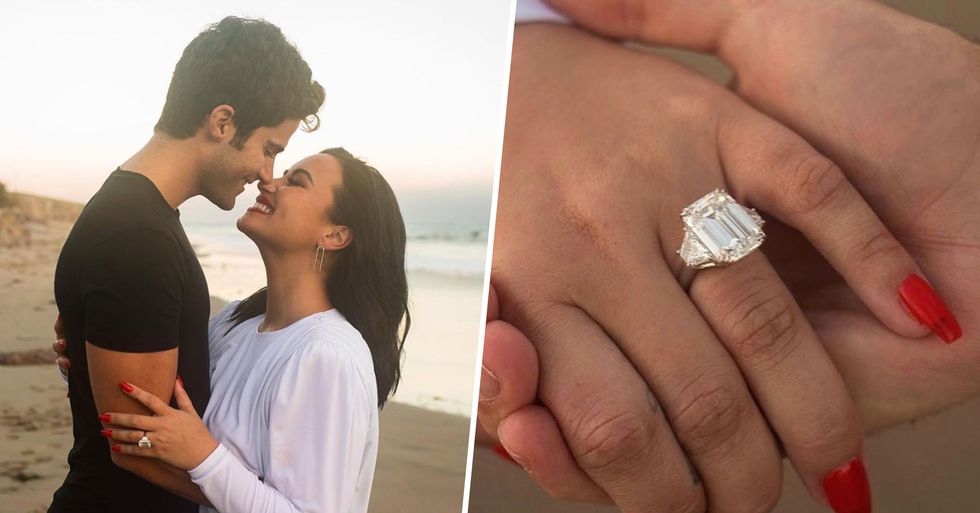 Demi Lovato has made the shock announcement that she's now engaged after 5 months of dating in an emotional post to fans.

And, of course, the pictures are stunning...

The star hasn't had it easy, however.

Lovato aslo has a history of substance abuse.