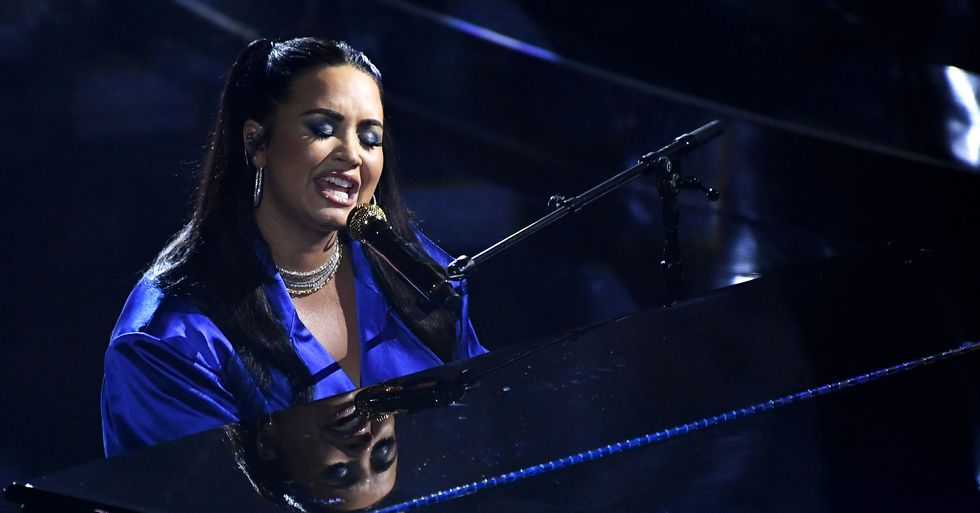 Demi Lovato is back with new music.

But her latest video has landed her in some hot water...

"Commander in Chief" dropped yesterday and has caused plenty of controversy ...

The track sees her touch on pretty hard-hitting topics.

And many are reading her lyrics as an attack on President Trump.

"Were you ever taught when you were young / If you mess with things selfishly, they’re bound to come undone?" she begins.

"Commander in Chief, honestly / If I did the things you do, I couldn't sleep." And it's safe to say, many aren't happy...

Despite all that she has experienced, it's put her in the position to give advice to those younger than her.

Particularly her younger self.

But now Lovato is experimenting with a different style of song.

"Commander in Chief" dropped yesterday and was a scathing attack on Trump.

Many complained about Lovato's venture into politics.

But she struck back.

She's refusing to back down.

Claiming this is more important than just music.

And one thing's for sure.

People are loving her response!

Demi Lovato’s #CommanderInChief is powerful. It’s the Trump era’s protest song directly to the man who has put us t… https://t.co/bkgLod5hOT
— kendra (@kendra)1602655002.0

Is Demi Lovato legit singing a song that speaks about how crappy and embarrassing Trump is as a president?! Standing ovation Queen
— JK_Golden⟭⟬ (@JK_Golden⟭⟬)1602729412.0

Want more from Trump? Scroll on...