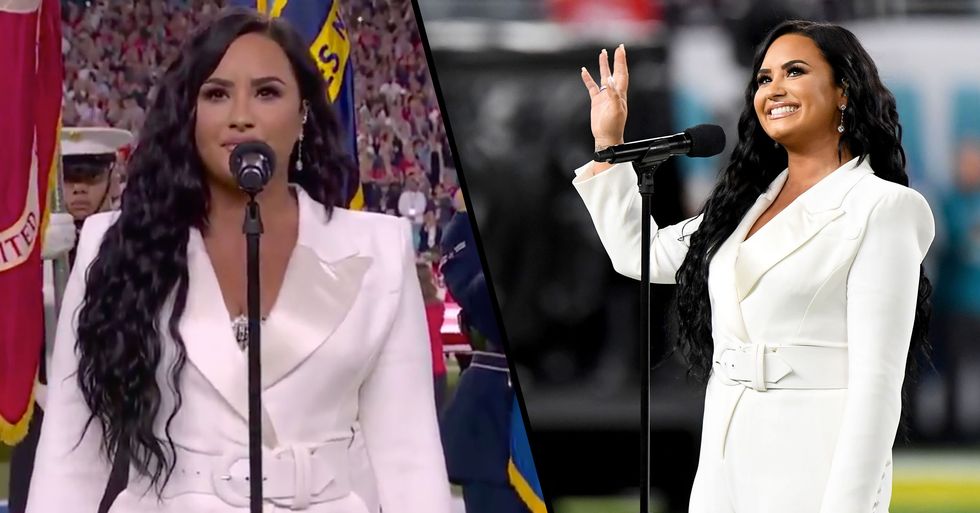 The biggest night in the sporting calendar is here once again. Last night,  The Kansas City Chiefs took on the Francisco 49ers in the 54th annual Super Bowl at Hard Rock Stadium in Miami Gardens, Fla.

But we all know that the Super Bowl is as much as about the music as it is football.

Scroll to the end to see why fans have praised Demi Lovato's national anthem performance and watch it for yourself.

Last night, the world tuned in to watch the highly-anticipated Super Bowl LIV.

And the game was broadcasted on FOX.

The day was even more special for Shakira, however.

Yesterday was the star's birthday! "I'm so honored to be taking on one of the world's biggest stages in the company of a fellow female artist to represent Latinos and Latinas from the U.S. and all over the world -- and to top it off, on my birthday!" the singer explained. "This is a true American dream and we are going to bring the show of a lifetime!"

Demi Lovato has taken on the national anthem - making this her second major music event in recent weeks after her emotional Grammys performance. Keep scrolling to watch her sing!

In fact, they loved it so much that #YesDemi started trending on Twitter.

She's always striving for the best.

After the huge success of her performance, she once again tweeted how one day she will perform at the Super Bowl half time show.

Hopefully, we'll see her in 2030 for the halftime show.