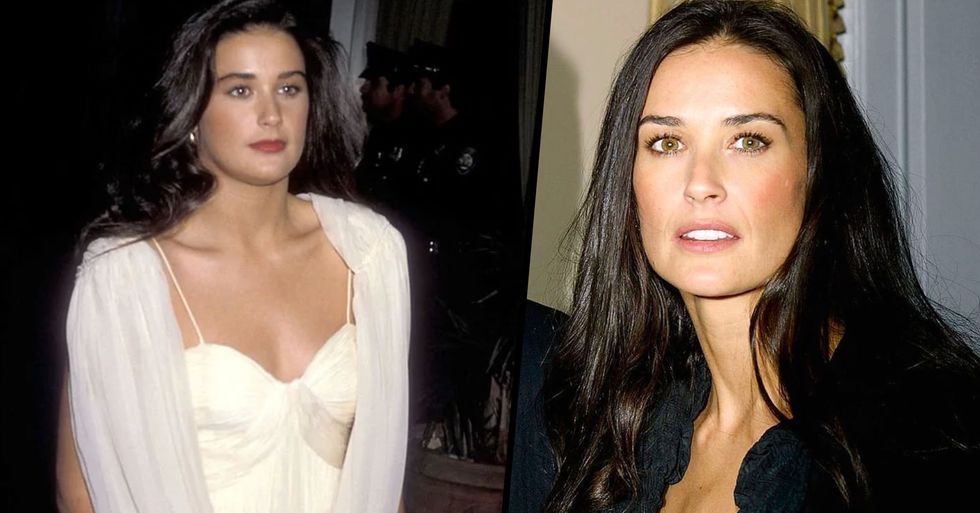 At last, after almost forty years of silent stardom, Demi Moore has decided to reveal all in her latest book, Inside Out. In her own words, she traces through the prominent aspects of her life that have shaped the woman she has become.

Moore talks through the difficult, the intimate, and the painful, in hopes that it will relieve the tension that comes with her celebrity status. It includes one particular heartbreaking moment in which she reveals she was abused by a man who paid her mother to commit the act.

The book was released on September 24th 2019 and has already gained much attention due to the rawness behind every memory.

In her own words, she tells her story...

And not just the trivial things we all know from the tabloids. Moore goes deeper into the prominent life events that impacted the decisions she was to make in the future.

From substance abuse, to her health, to her relationships.

We all know that celebrities tend to wear that mask of perfection, but none like the one Moore kept up for years. What else what she supposed to do?

And here we are today. Inside Out emphasizes that, despite the turmoil, there is no surrender, only success. You must keep pushing forward until you reach that stage where you're at peace, if not resolve.

And gets even more raw..

"As her success grew, Demi found herself questioning if she belonged in Hollywood - if she was a good mother, a good actress - and, always, if she was simply good enough."

Moore's film career took off in 1984, when she starred in the comedy Blame It On Rio. She was quickly propelled to superstardom when she found herself playing the lead in films that defined the naughties.

Moore then went on to star in some more blockbuster smashes.

But, throughout this time, Moore was also battling her own demons.

In the memoir, she revealed several heartbreaking things that left readers stunned. From the breakdown of her marriage with Ashton Kutcher to the time that she passed out at a party when she had smoked cannabis.

Throughout her life, Moore never felt like she was good enough. Not for herself, or anybody else. It seems as if it stemmed from the depths of her childhood.

In a section of the book, Moore revealed some shocking details about an event that took place when she was only fifteen...

Moore admitted that the friendship he offered made her feel "slightly uneasy." And on the day that she got home and he was just sat in her home, she never felt more uncomfortable in her life.

She later revealed that the man had abused her...

"For decades, I didn't even think of it as r*pe," but rather "something I caused, something I felt obligated to do because this man expected it from me."

Even though Moore wasn't convinced that her mother knew... it haunted her.

How could she even hand the key to their home to a man they'd only known a little while understanding the risk that he could pose to a young, vulnerable girl? "That's not what a mother does," Moore wrote.

These are just a few of the details she revealed in her book...

The rest was just as harrowing. Inside Out is available to purchase as a hardcover or as an audiobook. It's well worth the read.