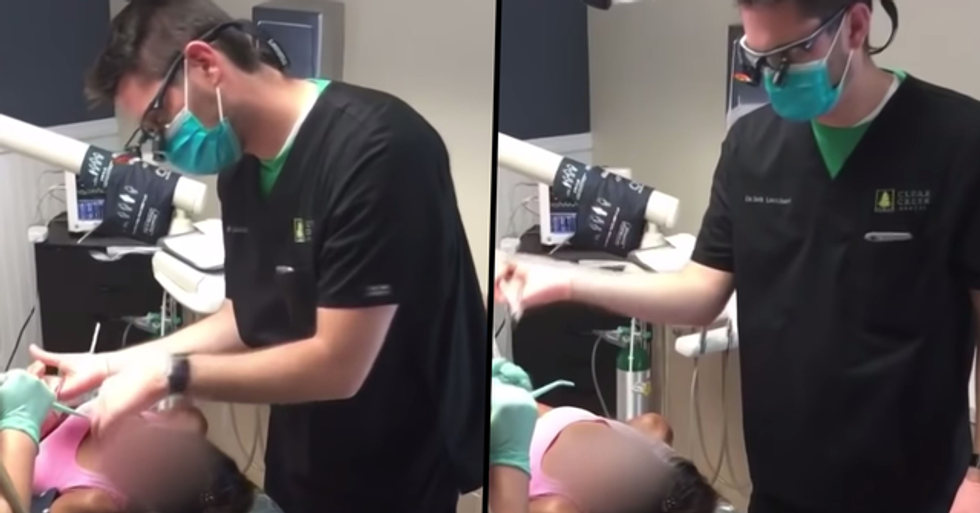 One rather avant-garde dentistry method has seen one Seth Lookhart sentenced to twelve years.

Visiting the dentist is never a pleasant experience...

And this is where many phobias stem from.

But sometimes, a visit to the dentist is urgent...

And taking care of our teeth is of the utmost importance.

But sometimes a dentist visit can be made even worse.

Like, for example, a dentist who's also something of a dare devil.

His rather bizarre dental practices have even landed him in trouble with the law!

But there's one, in particular, that's captured the internet's attention.

Because it's just so strange!

So strange, in fact, that Lookhart has been sentenced to 12 years in prison.

Alongside the reckless endangerment it clearly displayed, he's also been convicted of fraud.

$1.9 million Medicaid fraud, to be exact.

And to make matters worse, he even videotaped one of his most frightening procedures.

Lookhart is caught on camera pulling a patient's tooth while riding a hoverboard.

He even brags about how he'll never be caught for his crimes.

But it seems that just isn't the case.

As his many crimes have now caught up with him.

In the shocking footage, Lookhart is shown undertaking this dangerous procedure.

It's absolutely horrifying to see.

But what makes it worse?

His total triumph after the procedure ...

He looks genuinely thrilled to have put someone's life at risk.

It's bizarre to see.

The patient was totally unaware and unconsenting.

"He never [asked me.] I obviously wouldn't have approved that. That's dangerous."

"I would've said hell no! No, that's unprofessional. It's crazy."

"I think you have to be pretty narcissistic, you must be pretty full of yourself to think you can pull someone's tooth out on a hoverboard."

"I want you to know that as his lawyer, I apologize for what he did on that hoverboard."

"You can be assured that when I agreed to represent him, I got in his face and told him what I thought about him for doing this, which I think needed to be done."

And it seemed the judge agreed.

"In reviewing all this over and over again, I have this visceral response - you darn near killed some people."

As well as fraud and reckless endangerment...

Lookhart was convicted of misdemeanor counts of illegal practice of dentistry.

"While I do not doubt that I was able to render care and alleviate the pain to many people who were in dire need ..."

"I also know that I could have and should have maintained better discipline and focus while serving a patient base I came to love," he stated.

Lookhart will begin serving his sentence on December 7th.