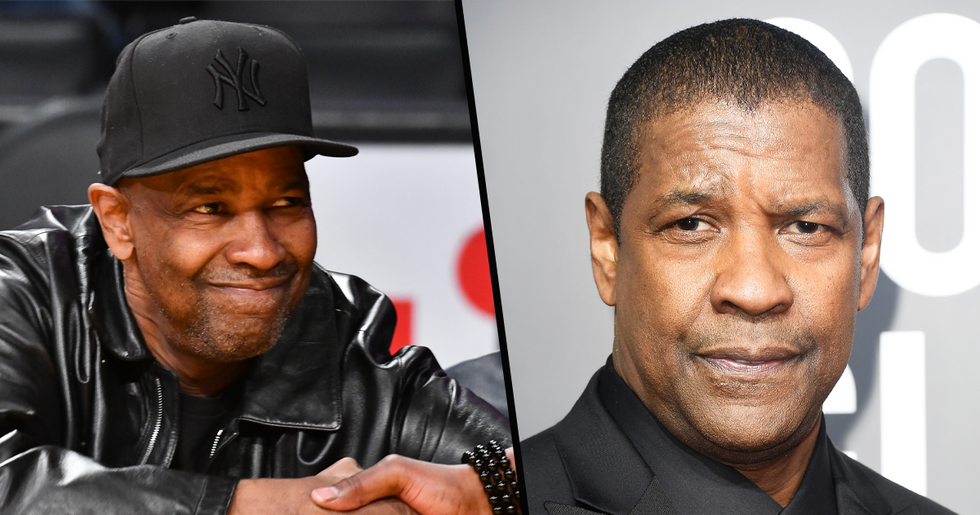 Denzel Washington has been spotted in West Hollywood recently selflessly helping a homeless man in need.

Keep scrolling to learn about this story of kindness...

Hollywood actor Denzel Washington has been spotted recently displaying the most selfless act of kindness...

But firstly, let's take things back a couple of years.

Denzel was born in 1954, just 3 days after Christmas Day.

He was brought up in New York and when his parents divorced when he was fourteen, he was sent to a military academy school which completely changed his direction in life.

When the time came to start applying for colleges...

Denzel was torn between attending college or taking a semester off. But whilst he worked as creative arts director of an overnight summer camp at Camp Sloane YMCA, he participated in a staff talent show for the campers and a colleague suggested he try acting.

Denzel decided to enroll at the Lincoln Center campus of Fordham University to study acting...

And next to his studies, the aspiring actor performed at many summer theatre projects to fill out his resume.

Shortly after graduating, Denzel was cast in the 1977 film Wilma.

His first Hollywood appearance came in the 1981 film Carbon Copy, and things were only onwards and upwards from there.

He was one of only a few African-American actors to appear on the series for its entire 6-year run between 1982 to 1988.

Word got around Hollywood...

And he also starred in it, which nominated the actor for even more awards.

He is now a very respected name in the film industry...

The actor has been married to Pauletta Pearson since 1983...

And together they have 4 children and share a very happy marriage.

The actor is known for his humble attitude...

And he isn't the type to turn away a stranger in need - which demonstrates his strong Christian values.

And a very recent sighing of the actor most certainly proves this.

Denzel was spotted out and about in his car in West Hollywood on Thursday when, at around 1 pm, he pulled over after he spotted a homeless man on the street.

The homeless man was standing in the middle of the street in the face of oncoming traffic...

And he clearly wasn't in a very good way.

This is when Denzel decided to get out of his car.

Wearing a facemask, he approached the man and calmly spoke to him before gently walking him off the road out of harm's way.

The distressed man didn't seem to recognize the actor...

And Denzel graciously kept calm and didn't make a scene, all whilst getting in touch with the authorities to ensure the man received help.

This was a true act of kindness...

And Denzel didn't need to go out of his way to help somebody else - he simply chose to.

Fans are overjoyed with the actor's kindness...

And many have spoken of how more people need to be kind just like Denzel.

The actor has already gained so much respect over the years...

And he has now just gone and gained even more.

It is important to take Denzel's actions as an example of how we should all be treating one another...

Being kind is one of the most important things in the world right now, and we all need each other during these difficult times.