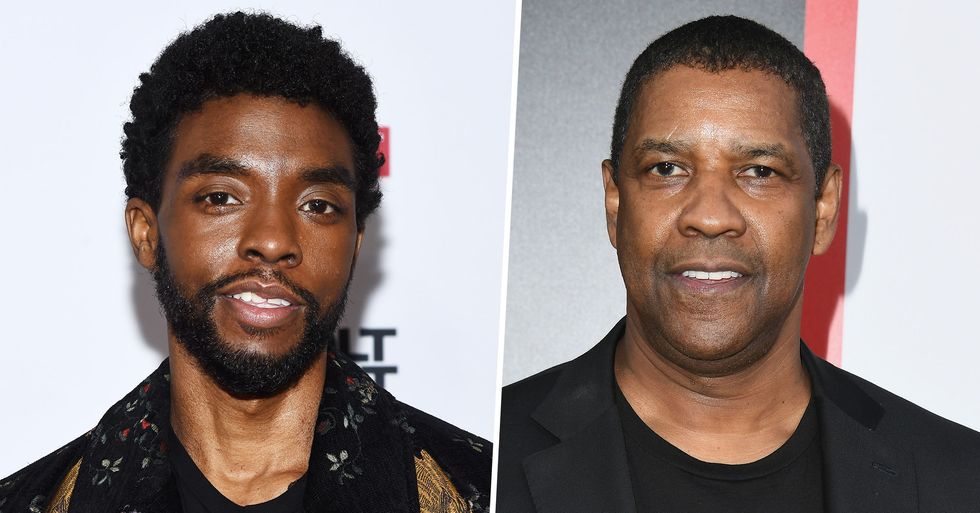 Following the heartbreaking loss of Black Panther actor Chadwick Boseman, tributes have been flooding in from all around the world.

And now, it has just emerged that Hollywood legend, Denzel Washington secretly paid for Boseman to study at a prestigious acting school at Oxford University...

He wrote: "All I have to say is the tragedies amassing this year have only been made more profound by the loss of #ChadwickBoseman. What a man, and what an immense talent. Brother, you were one of the all time greats and your greatness was only beginning. Lord love ya. Rest in power, King."

And now, Denzel Washington has spoken out...

But he disclosed a lot more than just a tribute for the late actor.

The Training Day star spoke candidly to the Hollywood Reporter about his relationship with Boseman.

"He was a gentle soul and a brilliant artist, who will stay with us for eternity through his iconic performances over his short yet illustrious career," he said.

It goes back to Boseman's college days, when he attended a prestigious summer acting program at Oxford University in the UK.
But while he and friends were accepted onto the course, Boseman revealed in an interview with Jimmy Fallon that they couldn't afford to go.

It was only when his teacher, Phylicia Rashad, encouraged other actors to help fund the trip that he and his classmates were able to attend...

And it turns out that Denzel Washington was one of those actors who secretly supported Boseman and his classmates.

For some time, Boseman refused to reveal the names of the people who supported the trip...

But it was only at an American Film Institute dinner honoring Washington when was able to thank him. Boseman said: "I know personally that your generosity extends past what you have given on the stage and screen. Many of you already know the story that Mr. Washington, when asked by Phylicia Rashad to join her in assisting nine theater students from Howard University who had been accepted to a summer acting program at the British Academy of Dramatic Acting in Oxford."

"He gracefully and privately agreed to contribute. As fate would have it, I was one of the students that he paid for."

Boseman then said: "There is no Black Panther without Denzel Washington."

What an amazing act of kindness!

Rest in Peace, Chadwick. Our thoughts and condolences go out to his family during this difficult time.