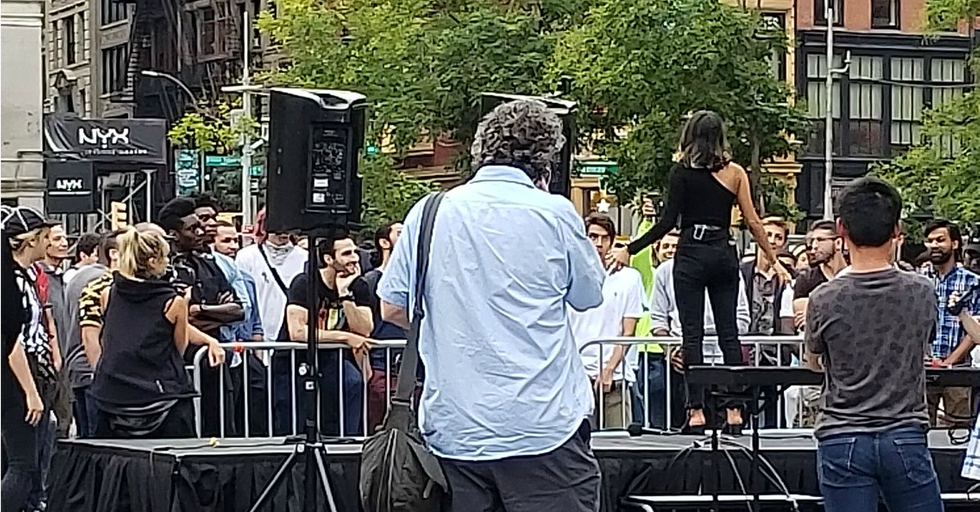 This Tweet Thread Tells the Story of The Worst Date of All Time, and OMG It's Bad

We've all been on some pretty bad dates in our lives. It's just part of being single. I once went on a first date to see a movie with my date and her mom. It happens. But that date pales in comparison to what Twitter user @bvdhai just experienced. Let's just say, I am shook.

As all great first date stories start, we begin on Tinder. And from there, it just gets worse.

Some popcorn you say? Don't mind if I do!

After all, who doesn't sell their soul around on the Tinder Machine every once in a while? You know, to see what's going on. What people are up to. Not for any other (sad) reason.

They start hitting it off.

First red flag. Everyone knows men are the first to force their phone number into the conversation. That's just how it works.

Uhhhh what? You're too busy to text. I bet you're thinking to yourself "Oh gee, I wonder if there will be any more red flags?" There will be. And they're about to get way worse.

He leaves the door open just in case she decides not to ghost.

Wait, so she's not ghosting?

Red flag #3. She acknowledges she's being weird but still says she's excited. Time to dip out. Or you know, not do that.

Ah yes, the classic un-match. I do this more often than I'd care to admit...

IT WASN'T A GHOST

She's back and she's got big plans! Red Flag #4. Just a reminder to all of our single readers. DJ sets are always a red flag. ALWAYS.

He takes the bait. He's just voluntarily agreed to go to a DJ set. What could go wrong here? Everything.

Okay, not sure why this detail was necessary but sure.

Then, red flags start flying in.

It's like some kind of red flag factory exploded, and red flags are raining down from the heavens. But hey, maybe he just got lucky and is about to go on a date with a singer, actress, and model.

It's time for the date.

Things seem normal-ish. Or at least normal for New York.

No big deal. Maybe this means they have to spend less time with this outdoor DJ in the middle of the day.

"WHAT THE FUCKETH" ??? What's with all the bodyguards?!

And she gets on stage!

Ohhhhh okay, so she's famous. That's why she was being so weird.

Yeahhhhh. This is definitely some Gen-Z shit that even Millennials can't get behind.

She takes the mic.

YES. I AM WONDERING WHAT THIS IS ABOUT.

She starts calling out everyone in the audience.

I'm sorry what? You KNOW everyone in the audience is on Tinder?

And she offers an opportunity!

Wait, WHAT?! A chance to go on a date with her? Is this not the date?

EVERYONE IS ON THE SAME "DATE" WITH HER.

I'm sorry this cannot be real. Who is this woman?

Every single guy got catfished at the same time.

This is brilliant. All of the men in the audience fell for the exact same thing.

"Fallopian Fortitude" is the best thing I've seen on the internet this week.

He made the right choice.

I'm slightly upset that he didn't stay for the inevitable INSANITY that would have occurred afterward, but I think it was for the best. But don't worry. There were other people at the event, and they got it all on video.

And now all we're left with are some major trust issues.

If I were him, I think it would be time to get off of Tinder for good!

Here's a photo of the event.

She definitely knows how to gather a crowd!

It's one part disbelief, but I think it's also one part infatuation. Look at that smile.

Even the f***ing thesaurus weighed in!

If I ever make it into the thesaurus, I will consider my life on this planet complete. That is so awesome!!

And finally, the video we've all been waiting for...

Just goes to show Tinder is a cesspool and I don't need love anyway. If you think that date was bad, keep reading for more hilariously bad date tales... There are few things worse than a date that goes off the rails. The most you can hope for is that it gets wild quickly so you can nope the heck outta there and go on with your life. And on the bright side, you always have a great story to tell, right? That's exactly what a recent AskReddit thread capitalized on: People's stories of escaping horrific dates. And boy, these stories really take the cake. Actually, if we're being honest, they take the cake, light it on fire, sit on top of it, and then throw it into a lake.
20%