Design Elements so Smart You'll Do a Double-Take | 22 Words 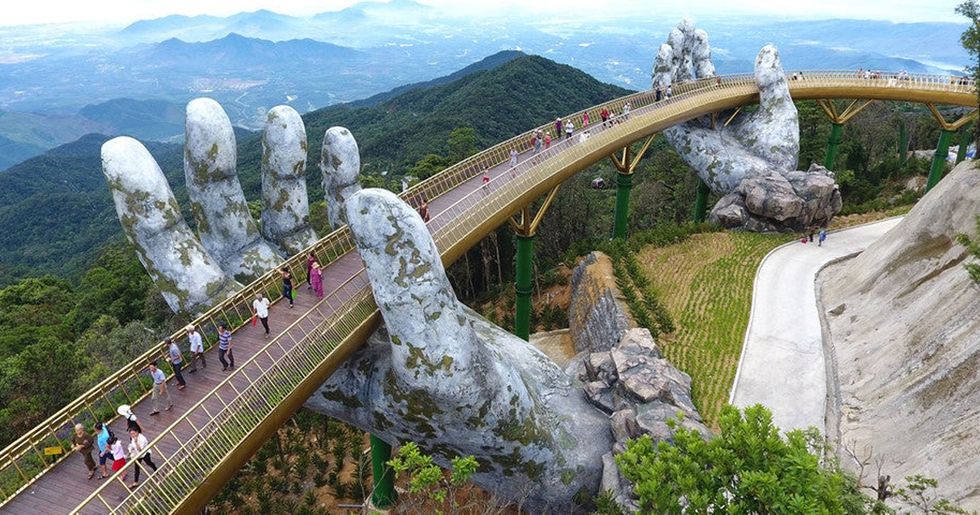 Design Elements so Smart You'll Do a Double-Take

Yes, there is a lot of bad design out there, but great design is just as prevalent. Great design does so much that we never even notice — it can take an issue we're familiar with and reframe it in a way that makes it suddenly new. It can take an object we use every day and make it suddenly more functional. It can even make us smile by making something normal suddenly beautiful.

But when the design is really working, we don't even notice its effects — we just have our opinions of whatever's been designed subtly shifted. That's why we thought we should take a moment to highlight some great examples of design — both in print and out in the real world — that do their job of changing our perceptions without beating us over the head about it.

So check out these instances of great design — some of them are so clever, you might consider getting into design yourself.

"Computer, enhance. Oh, you can't? Oh. Guess I should do something then."

Each picture is made of as many pixels as that of the endangered species population. They were designed by Yoshiyuki Mikami. - hpolsek

Man, humanity is the Titanic.

If great design takes an issue we don't spend a lot of time thinking about and reframes it in a new way, this cover about the issue of plastic waste in our oceans is an absolute success.

Click it or, well, it's much worse than a ticket.

We all know seatbelts save lives, but this striking image makes it visceral instead of a bullet point.

Yes, I understand what all this means.

One aspect of design we don't think about is this notion that some people have problems we don't and finding ways to solve it. This bit of organic chemistry homework was made so much easier because a notebook designer thought about someone who wasn't a notebook designer.

An incredible illustration, in every sense.

If the difference between empathy and apathy is understanding, this poster helps make tangible how difficult just getting around can be for some of us.

The best trade anyone will ever make.

For some reason, this table makes me want to tell everyone what I ate for breakfast in 140 characters or less.

This is the best kind of design because it took me a second to understand what made this table special. When I did, it brought an immediate smile to my face.

Get to the point already.

No Name is the gem of Canada. Every product is so unbelievably ominous I really laugh my *ss off every time I go shopping. - TheSupremeNu

This works for me.

This bench that looks like it was ripped from the ground. - FabulousN

Now you have my attention.

I found the use of the handle as a sort of "magnifying glass" to highlight key text quite ingenious. - Wish_Dragon

Found in an ad for Hornitos Tequila. - SuperSonicForce

The logo for a Japanese film festival. - paceymerte55

Retro futurism is the best futurism.

It's a subtle story, but it's clearly being told.

SCMP, a HK newspaper, has a logo that is based on international maritime signal flag "Kilo", which means: "I wish to communicate with you." - NecroHexr

All the logos fit together no matter what direction they’re facing. - yeahokaaay

Makes me feel at peace.

Look at this bar code in a tea box. - Ary8Hachi

It's subtle, but it's there.

The bubbles inside the cup outlines the city of Hong Kong. - NoodleSlayer008

Back at it again with another McDonald's ad. - KrewpoleioTakhs69

Dinosaurs are only cute. That's all they've ever been. Jurassic Park was a lie.

Which one of his "friends" painted this?

Painting on the ceiling in a smokers room. - FedericoRO

Imagine ever choosing an aisle seat...

Mastery of the Minimalistic Font for upcoming movie Dune. - MoistDirector

Dip tastes its best when its shared with friends.

Two people dipping a chip in the Tostitos logo. - cval7

And it never really got better.

Finally, a way to type while you run!

Simple yet incredibly disconcerting poster for the upcoming film Swallow, which follows a woman suffering from a compulsion to consume increasingly dangerous objects. - KalebAT

Minute Rice prints the directions on the lid in case you get rid of the box. - meineaccount

The insignia for the 56th Engineers Searchlight is neat (as seen in the World War I museum in Kansas City). - d_b_cooper

Is that a Christmas tree? It-- it is!

Why does Mickey wear shorts and not a shirt though?

With 2020 being the year of Mouse, this is the best red envelope design I've ever seen. - thankyou9527

Not enough erasers turn into tiny versions of other things as you use them.

Eraser that turns into a tiny Mount Fuji after some time of use. - MarshallTan

Don't wear socks with them. Please.

This is, in every sense of the word, sobering.

Those post office guys know how to stay on-brand.

Floor tiles at the US Postal Museum. - ligbag4

If you're driving home and see this billboard, what choice do you have but to start using electricity wisely? That's right, none. No chance whatsoever. Its that smart a design.

There is one problem with this otherwise striking 20 dollar bill design — it does not feature any triangle eyes, so I don't know how we'd know we are secretly ruled by an all-powerful and illicit group known only as the Illuminati.

Can I take your coat?

Not all elements of great design have to be overtly gorgeous. Sometimes, it's enough to take an annoying problem — like not having enough hooks to hang all your stuff on — and solving it in an elegant way.

This is so cool. I wonder if it also tells us when the world will end now that we've gotten past 2012?

Another ad bringing up the idea of plastic and pollution in our ocean, this ad makes it clear how grave the problem is by putting our very sushi at risk.

I keep a squeegee in my shower for just this reason.

This frosted mirror from Ikea is, in one sense, incredibly gorgeous and smart. But on the other hand, I would always always always want to grab that squeegee and wipe off the rest of the mirror. I could not have this in my home.

I could talk about this cover for hours.

It captures not only the idea of 1984 as a book about being watched, but the hint that the bad actors doing that watching are putting almost no effort into hiding it.

This took at most 10 minutes to make, but at least 10 years to know how to make in 10 minutes.

Here's my favorite comment from the Reddit thread about this interesting logo: I love how it’s the same shape just turned. - philipgoffinet

"Honey, come look out the window. Is that a big Time magazine, or am I losing my mind?"

Maybe we'd all be less anxious about drones if they really did every once in awhile swarmed together to make interesting pieces of aerial pointillism.

THIS IS THE COOLEST THING I HAVE EVER SEEN!!

I love how excited the person who posted this image got about these measuring cups. Their headline: THESE MEASURING CUPS ARE DESIGNED TO VISUALLY REPRESENT FRACTIONS FOR INTUITIVE USE! - blaizzze

Sometimes, the simplest logos can be the best logos.

I defy you to forget the word "grill" next time you're at a buddy's backyard barbecue. that's never happening again.

The designer of this business card correctly identified that, if we mention our name and our website printed once, we don't need to print them over and over again to get in all the Instas and email addresses we need our connections to know.

One sign of great design: making two things into one thing.

This Japanese restaurant logo is simultaneously a Japanese crane and a hand holding chopsticks. - all-night

So simple and so thoughtful.

I would've liked to see this designer throw in a third flip for those of us who celebrate Chrismukkah, as made popular by The O.C., but this is pretty good nonetheless.

In what sense is this the "best?"

Look, this is an undeniably cool way to design a building, but I do think it looks like the building has begun to fall apart, which is not the sign of the "best" building.

Imagine buying any kind of Adidas shoes other than genuine, confirmed Adidas shoes after seeing this ad. That's it. You can't. It's just not possible anymore.

Heyyy, I get it brah.

Another image that took me a moment, but Willie Nelson's head here cuts off "Rolling Stone" just right so as to spell out "Roll one."

How do you even come up with something like this?

Gonna be honest here — I want to do nothing more for the next 25 minutes but stare at this logo.

We all need a little support from others sometimes.

As a man with a general fear of giant people, this bridge is disquieting. Good design though.

I'll say you are.

Design doesn't have to be beautiful, it just has to make its meaning clear. You can't look at this ad and — whether you're a graphic designer or not — want to help out.

That rune B sure looks like a normal B though.

The Bluetooth logo is the combination of "H" and "B," the initials of Harold Bluetooth, written in the ancient letters used by Vikings, which are also called "runes." - jacksback88

This poster is so great it almost makes me want to go back and rewatch the entirety of Penny Dreadful.

Revlon really hit the spot with this one!

Also it's just, like, so satisfying for the eye, right?

We'll leave you with this absolutely horrifying visual.

It gets its point across pretty well but... ugh.