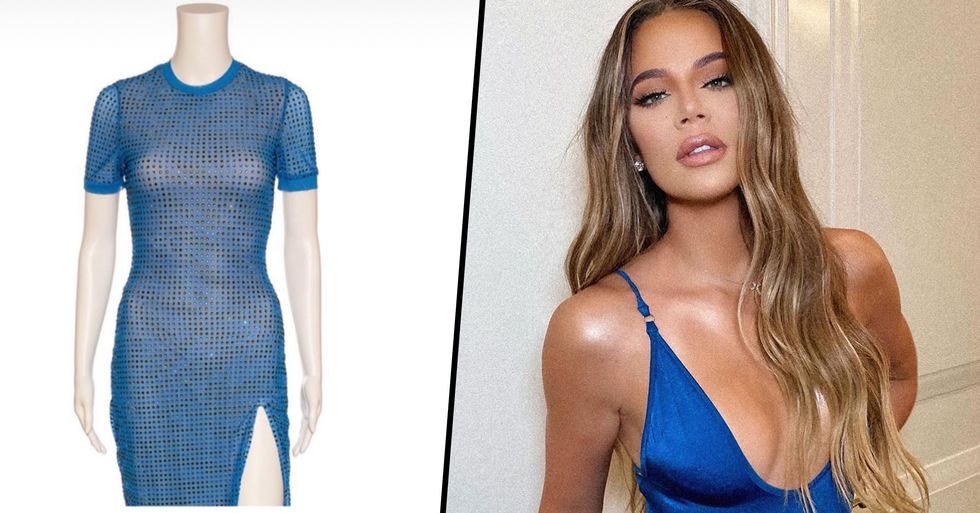 Designer Calls Out Khloe Kardashian for Selling Dress He 'Loaned' Her

Khloe Kardashian has recently found herself in the hot seat after she allegedly took another designer's samples, which he "loaned" her and tried to pass them off as her own on her website. But there's more to this story than you think...

Keep scrolling to see the savage post used to call her out.

Khloe Kardashian has been involved in many scandals, but this one tops them all...

And things get messier and messier as the story continues to unfold, reveal more and more secrets.

Love them or hate them, the Kardashians seem to rule the world.

A few of the Kardashian sisters are famous for their pouts - but none more so than Kylie, who has even included lips as a part of her cosmetics line's branding.

There have been lots of selfies that got eyebrows raised.

And there was this one too...

But for the first time in a long time, her appearance is not the cause of her latest scandal.

Instead, the social media star has been facing heat after allegedly taking another designer's samples and trying to pass them off as her own on her website.

Christian Cowan has put Khloe Kardashian on blast on his socials.

Apparently he "loaned" her the pieces as samples, but now they've ended up on her website being sold off.

And he addressed the entire thing with a screenshot...

It was a capture of one of his designs with some bold writing over it accusing Khloe Kardashian of re-selling his work without his permission. He even tagged her in it directly.

And we were all shocked to see the evidence...

If this is happening to Christian Cowan, a celeb-loved designer with a relatively high profile, imagine the number… https://t.co/pFBTzyM6Dv
— Mario Abad (@Mario Abad)1595271985.0

How can someone just blatantly do that?

Is it because she knows she's powerful enough to get away with it?

It gets even weirder guys...

But since the screenshot came to the surface, it has since been removed, with not even a statement released about it.

It looks as though she's nor her team are even willing to respond to Cowen.

But there's more to this story than we thought...

@christiancowan how dare you take credit for a design, you “recreated”, that was originally created by… https://t.co/LeVdHt545y
— #IAMBREONNATAYLOR (@#IAMBREONNATAYLOR)1595292661.0

As more and more people expressed their outrage, another designer hopped onto the scene with some accusations of her own.

Destiney Bleu claimed that this was karma as Cowen has previously stolen one of her creations.

She wrote this: "What’s crazy is Christian Cowan took credit for my designs when I collaborated w/him for his NYFW show in 2017. He recreated one of the pieces I sent him as his own for the runway. He even left @dbleudazzled off the show pamphlet, but included everyone else down to the nail tech."

So as disastrous as this is from Khloe Kardashian, Cowen's hypocrisy is wild.

The fashion industry is pretty cut-throat but this is just moralless behavior. Why would you just steal someone else's designs and pretend their yours? Grow up.

Khloe Kardashian still hasn't spoken out about this, but the pressure from everyone else might force her to.

So stay tuned for any updates we may have. In the meantime, keep scrolling to see how her face mask launch sparked a nationwide debate about racism.