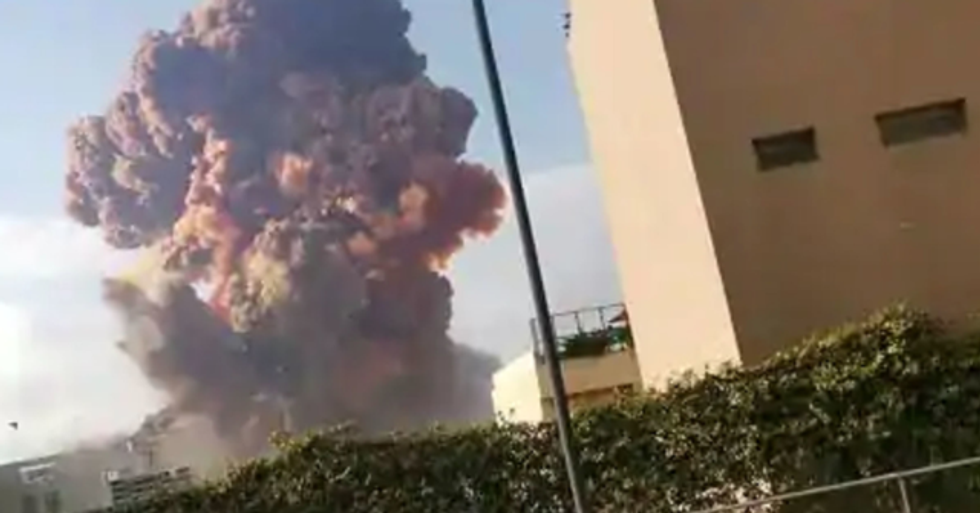 News of a devastating explosion in Beruit, Lebanon has shocked the world. With over half of the city destroyed, and the entire country already facing other major problems, such as an economic collapse, amid the ongoing battle against the pandemic, this has just made things even worse.

And now harrowing images have surfaced showing the scene before and after.

And now there's been another horrifying development - pictures shared by Euro Space Imaging of before and after the blast.

It really sums up the extent of the devastation.

"Very High Resolution (VHR) satellite images captured only hours ago with WorldView-2 by European Space Imaging highlight the scope of the damage to the surrounding blast site," they explain.

"According to AIS data, this cruise ship is the 'Orient Queen' sailing under the flag of Bahamas, and originating from port King Abdullah, Saudi Arabia."

"Almost 20 buildings have been completely destroyed."

"Whilst hundreds of other surrounding buildings have been significantly damaged. A cruise ship has been overturned and four tankers have been damaged."

While these images are horrific...

"When disaster strikes, VHR satellite imagery can provide critical information for emergency relief operations to evaluate the extent of damage and get an entire overview of the scene."

"It supplies crisis management teams with logistical insights for planning."

"And helps to monitor and detect any changes that may be critical to minimizing or even eliminating further catastrophe." This is a developing story. Stay posted for further updates.