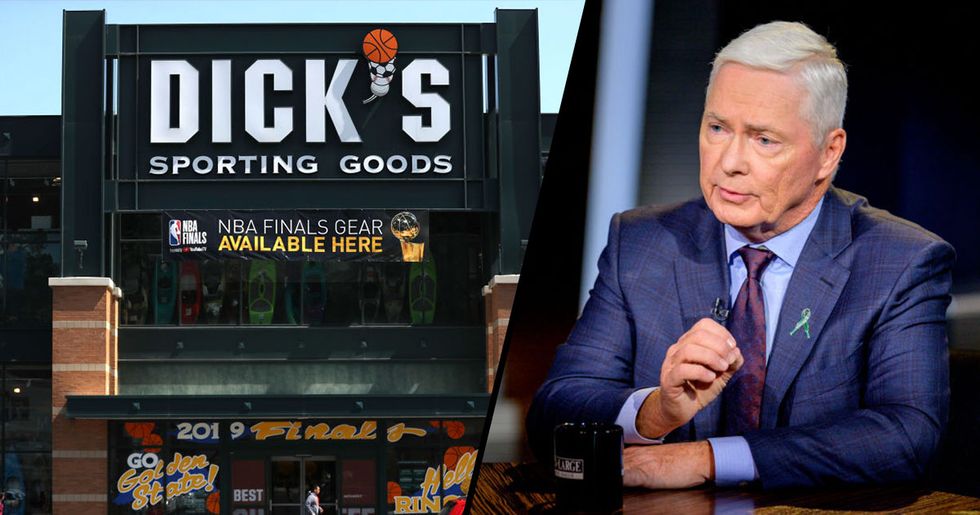 It's 2019, and we are living in a society wherein we are afraid to send our children to school in the fear of them being shot.

It seems barbaric when it's written down in black and white, doesn't it? But, sadly, this is America's reality. U.S. gun control has long been too slack, and the statistics prove this fact further.

However, it seems as though different businesses are taking matters into their own hand, because it's not like the government is doing anything about it. They're too focused on keeping people out of our country, as opposed to the people dying within it.

First on the scene was Walmart, and now Dick's Sporting Goods.

Keep reading to find out exactly what the chief executive of the company has said on the matter.

Our country has been ravaged by horrific mass shootings for decades.

It's so bad that experts have to use a "Mass Shooting Tracker" to tally them up.

And the statistics for the last couple pf months have been terrifying...

According to the Mass Shooting Tracker, this year alone (so far) has seen the death of 474 innocent lives in the shootings that had been recorded, and these don't include single gun deaths.

August saw the highest ever spike in mass shootings.

And, just 1 day following the El Paso attack, a further 9 people were killed in a completely unrelated shooting.

On the final Saturday, 7 people were fatally shot, and a further twenty-one were injured in a brazen daylight drive-by mass shooting in the West Texas cities of Midland and Odessa, as a gunman drove on the highways and streets opening fire on residents, motorists and shoppers.

Following these tragedies, Walmart was the first to make the bold move to stop selling handgun and rifle ammunition.

Though the ban wasn't instant, it's in progression.

The ban is planned to come into effect once all stocks have been depleted, rather than taking all the unsold ammunition off the shelves. Doug McMillon, the CEO of Walmart, said in a statement: "In a complex situation lacking a simple solution, we are trying to take constructive steps to reduce the risk that events like these will happen again."

In an interview, Edward W. Stack, the chief executive of the business said that this week, his company destroyed 5 million military-style, semiautomatic rifles.

He also mentioned that they were debating whether to keep on selling guns...

While promoting his new book It’s How We Play the Game, Stack stated that the company is currently reviewing whether it should continue selling guns in over 750 of its stores.

Stack and his wife, Donna, have been debating this for a while.

The consequences that come with selling guns is the biggest reason as to why the couple is re-thinking the sale of the deadly product. Since the Parkland school shooting in February 2018, they have felt a sense of responsibility in the number of people harmed. I mean, that only makes them human, doesn't it?

They even went to meet the survivors of the horrendous attack.

In that same year, Dick's Sporting Goods also became one of the largest firearm stockists, but after seeing the destruction that these guns have caused for decades, the company realized enough was enough.

So that's why they've decided to burn 5 million dollars worth of stock.

This is what he had to say on the matter: "You know what? If we really think these things should be off the street, we need to destroy them." So he did.

The Republican majority leader faced backlash from the business giant as Stack felt as though he wasn't taking the issues around gun laws seriously. "I don’t understand how somebody, with everything that’s gone on, could actually sit there and say, 'I don’t think we need to do a background check on people who buy guns.' It’s just, it’s ridiculous." I'm glad that people are finally deciding to take action. Hopefully, more businesses decide to follow suit.

And if you're in the mood for something a little more cheerful... then keep scrolling.

The internet had the best response to this guy, who decided to walk into Starbucks with an assault rifle strapped to him.