Did Kim Kardashian Just Let It Slip That She’s Having Twins? | 22 Words 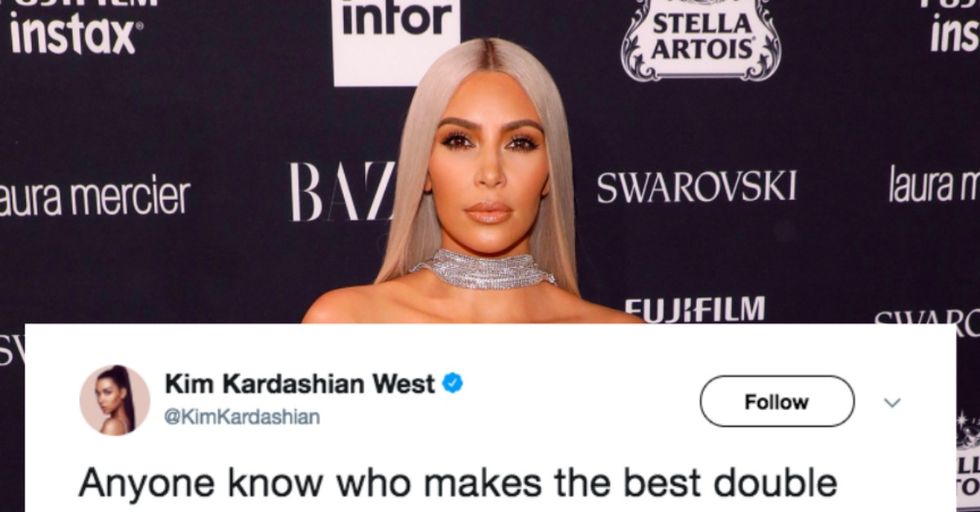 Did Kim Kardashian Just Let It Slip That She’s Having Twins?

In case you haven't heard, almost all of the Kardashian sisters are pregnant. Kim and Kanye are expecting a baby via surrogate, so Kim is obviously in the planning stages for baby No. 3... or is it babies (plural) No. 3 and 4? In a tweet earlier this week, Kim asked an innocent question about double strollers, or so she thought. The Internet immediately exploded with rumors of twins because if there's one thing the Internet loves, it's freaking out about unsubstantiated information that has to do with the Kardashian-Jenner clan. It's kind of what the Internet lives for.

When you have one of the biggest fan bases in the world, like Kim Kardashian West, it's probably a good idea to use them to your advantage for product recommendations, and that's exactly what the superstar did:

She simply wanted to know who makes the best double strollers. She's going to be a new mom... again, and she wants a stroller that can easily tote around Saint and North's new sibling. Seems pretty straight forward.

Some came forward with actual recommendations, like this iCandy double stroller:

Sidenote: What has happened to strollers? What is going on here? Our eyes cannot comprehend. Does one baby have to stare at the other baby's feet the whole time? How do you get the bottom baby out of the stroller? But we digress.

Most people immediately fixated on the idea of a double stroller indicating that Kim is actually having twins.

These conspiracy-laden tweets obviously drowned out the actual suggestions and blew up the entire Internet.

There were endless shocked-face GIFs to accompany these tweets. People thought that Kim Kardashian West, one of the most famous people in the world with one of the most calculated social media presences, was letting it slip that she is having twins in a tweet about strollers.

Thankfully, Twitter users like Stephey Marie came to the rescue with the more likely reason Kim is asking about double strollers:

Yeah OK, we know the stroller is probably for Saint and new baby, but like, logic and reality just aren't as fun as rumors. You get it.