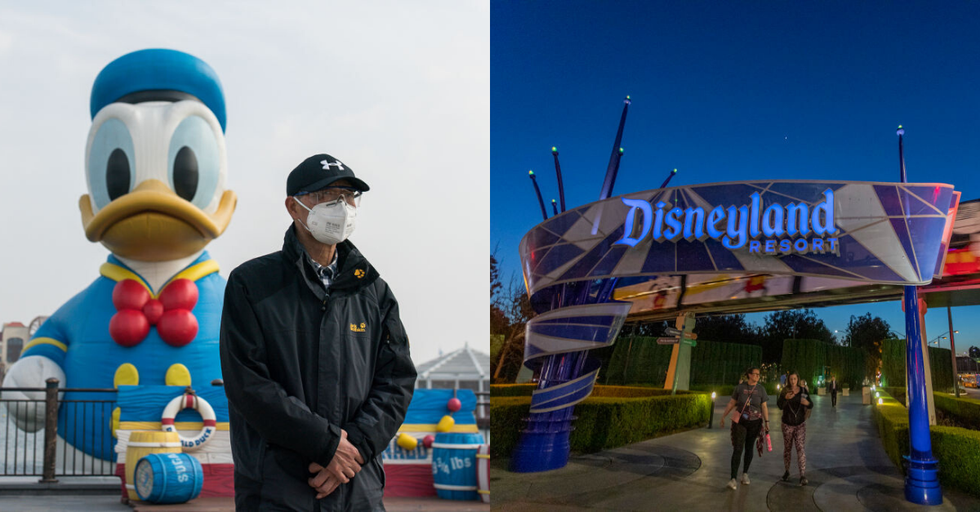 Disney Closes California Parks Through End of March Due to Coronavirus

Amid Coronavirus fears, Disney has decided to close its California parks, Disney's California Adventure and Disneyland, beginning March 14th through the end of the month. Due to the rapid spread of the disease across the world, health officials have warned citizens not to gather in large groups where infection is likely, and as we all know, nothing draws crowds quite like Disneyland.

As of today's messaging, Disneyland Resort hotels will stay open until March 16 to aid guests in finding new accommodations.

Read on to hear more about coronavirus and what this means for Disney-goers...

Over the weekend, Wajngarten had direct contact with the President...

Fabio Wajngarten, a spokesman for Brazilian President Jair Bolsonaro, has tested positive for #Covid_19 and was in… https://t.co/ZRRQWJzfgo
— Amee Vanderpool (@Amee Vanderpool)1584027816.0

And Mike Pence. An official statement is yet to be released about the President's wellbeing.

And now, Disneyland and Disney's California Adventure are closed.

This is only the fourth time ever in the history of Disneyland that the park has shut down. The other three times? Just after the September 11th terrorist attacks, the day after JFK's tragic assassination and following the 6.7 magnitude Northridge earthquake.

“While there have been no reported cases of COVID-19 at Disneyland Resort, after carefully reviewing the guidelines of the Governor of California’s executive order and in the best interest of our guests and employees, we are proceeding with the closure of Disneyland Park and Disney California Adventure, beginning the morning of March 14 through the end of the month. The Hotels of Disneyland Resort will remain open until Monday, March 16 to give guests the ability to make necessary travel arrangements; Downtown Disney will remain open. We will monitor the ongoing situation and follow the advice and guidance of federal and state officials and health agencies. Disney will continue to pay cast members during this time." So there you have it, folks. Time to power up your TVs and get your fix with Disney+ until the parks re-open. Happy binging...