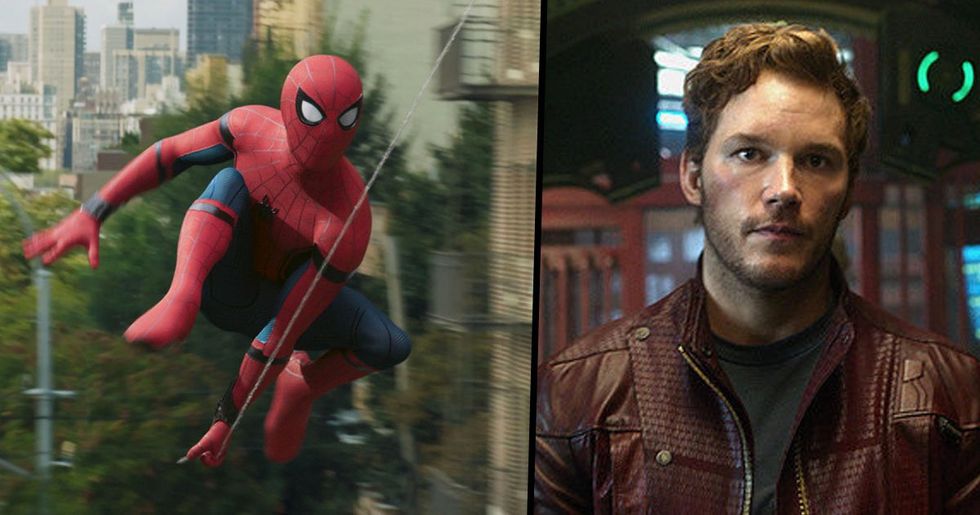 This is literally the best news we have heard all week.

With Avengers: Endgame already seeming like a distant memory (a slight exaggeration, we know, but it feels real).

We couldn't hide our jubilation when Disney released its schedule for the next seven years -  a schedule that included an epic eight new Marvel movies! All of which will be released by 2022.

But they haven't given too much away. Oh no. They've only revealed the dates of the eight movies; leaving us to speculate on what they will actually be.

And speculate we have.

Some have even teased the possibility of another Avengers movie... is that even possible?

Watching Avengers Endgame kind of felt like the end of an era.

Fans have dedicated a decade of their lives to the characters and their storylines. And finally, we have closure. So, why do we feel so sad?

Well, it seemed we only had Spider-Man: Far From Home to look forward to.

Which will be released on July, 5, this year as the sequel to Spider-Man: Homecoming. The movie will be the twenty-third movie so far in the Marvel Cinematic Universe! God, it doesn't seem like that many. How have we had time to watch all these films?

But, thankfully, there is light at the end of the tunnel.

With Disney announcing all of their release day plans for the next seven years.

And here they are!

Ooh, the next Star Wars movie is in 2022! And don't even get us started on how excited we are about the new Avatar movies that are set to hit our screens!

But obviously, our main cause of excitement was due to the eight new Marvel movies that will be released by 2022.

Signalling the start of the Marvel Phase 4 movies from 2020 onwards. Thank f*ck for that! It felt like we were going to go through superhero cold turkey.

But sadly, and sneakily, Marvel has not released the actual names of the films that will be released on these dates.

But fans have obviously been speculating about what these eight films could be. And we have a pretty good idea of what the first one is...

As this is the next Marvel movie to be scheduled for production we can only assume that this will be the film being released on May,1 2020. Starring the gorgeous Scarlett Johansson who has already appeared in six Marvel movies as the Black Widow, we just know this film will be epic.

Especially with several other amazing actors having already been revealed to be starring alongside her.

Including Rachel Weisz and David Harbour, as well as director Cate Shortland.

Fans are pretty sure that the movie will be a prequel.

Especially given what happened in Avengers: Endgame. We won't give it away just in case you haven't seen it yet! We just can't wait for another strong solo female superhero movie after the success of Captain Marvel.

Next, our money is on The Eternals.

Which is set to star Game of Thrones actor Richard Madden, who would play Ikaris, a member of the third generation of heroes who battle against a group of beings called the Deviants. Ooh, we love it! Great casting if that goes ahead.

As well as Angelina Jolie who is rumored to be cast as Sersi.

An Eternal who loves to walk amongst humans and who (obviously) falls in love with Ikaris. You've got to have a bit of romance amongst all the action and fighting.

And with filming set to start in August, we bet this will be another Marvel 2020 release.

While the actual release date hasn’t been announced yet the film already reported to begin filming in Atlanta somet… https://t.co/OxcGGKeygW
— ? (@?)1556597728.0

And we actually can't wait for this movie which will be quite different to anything that Marvel has attempted before. Let's hope we don't have to wait too long for it.

And then there is the recently announced Shang-Chi.

Which will be the first Asian-led Marvel film. Kevin Feige, the president of Marvel Studios, has spoken out about the first ever Asian lead saying: "Doing the story of an Asian-American hero of Chinese heritage os something that is very intriguing to us. It will be really different and special."

Benedict Cumberbatch is also set to reprise his role in Doctor Strange 2.

Which apparently is also nearing production which leads us to believe that this one may be released not that far in the future. We predict 2021.

New characters are rumored to feature.

Including Jericho Drumm, Brother Voodoo, and Clea, the sorceress. As well as the return of Tilda Swindon as the Ancient One. It's set to be another box office hit!

And there's been a lot of speculation about the storyline...

We would love Nightmare, the ruler of the Nightmare Realm and Dream Dimension to be the villain in this next installment. He is the perfect character to antagonize Doctor Strange.

And let's not forget Black Panther 2! We definitely know that this one is on the cards.

Even if it hasn't yet been officially announced... With Kevin Feige saying on the movie: "I have nothing specific to reveal, other than to say we will absolutely do that. " We'll hold you to that Feige!

With many fans hoping that the villain of the movie will be Namor King of Atlantis.

We certainly think that Namor would make a memorable nemesis, especially if the casting is done well. We are thinking Zachary Quinto would be perfect.

Guardians of the Galaxy 3 will also be making an appearance at some point.

Woohoo, the Star-Lord is back to fight another day. As if we ever doubted it. Volume 2 was such a hit that another movie was always going to happen.

But director, James Gunn, will be working on The Suicide Squad first.

It is unlikely that this third instalment will be released before 2021, at the absolute earliest. Oh well, good things come to those who wait.

As well as another Spider-Man.

The trailer for Spider-Man: Far From Home teased the possibility that the next instalment will be the Secret Wars. Ooh, now that would be exciting.

And Thor 4 has to happen. It just has to.

Yes, there were mixed reviews to the first three movies, but we want more Thor! Could he be the first one of the MCU superheroes to have a fourth solo movie? We certainly hope so.

And actress Tessa Thompson gave us some hope.

Saying last month: "I don't know how real the intel is, but I hear that the pitch has happened. I think the idea is Taika (Waititi) would come back." Our fingers are definitely crossed!

Captain Marvel 2 seems a sure thing too.

With the success of the first film and its ending which set up several possible future storylines, we just know Brie Larson will be back before we know it.

Although most think that this will be one of the later releases.

Give us a little time to reflect on the first film and start to long for another Carol Danvers hit before you bombard us with another! But please do, at some point.

And we would love to see Paul Rudd as Antman again!

And many agree with us.

Marvel fans have also been speculating about the possibility of The Sinister Six movie.

Now that would be exciting. We love a good villain, or six...

And there's even the possibility of a new Avengers film!

We know, we thought Avengers was done and dusted too... But how good would a young Avengers film be? Please make this happen, Marvel, please!

There are just so many possibilities.

But which ones do you really need to happen?