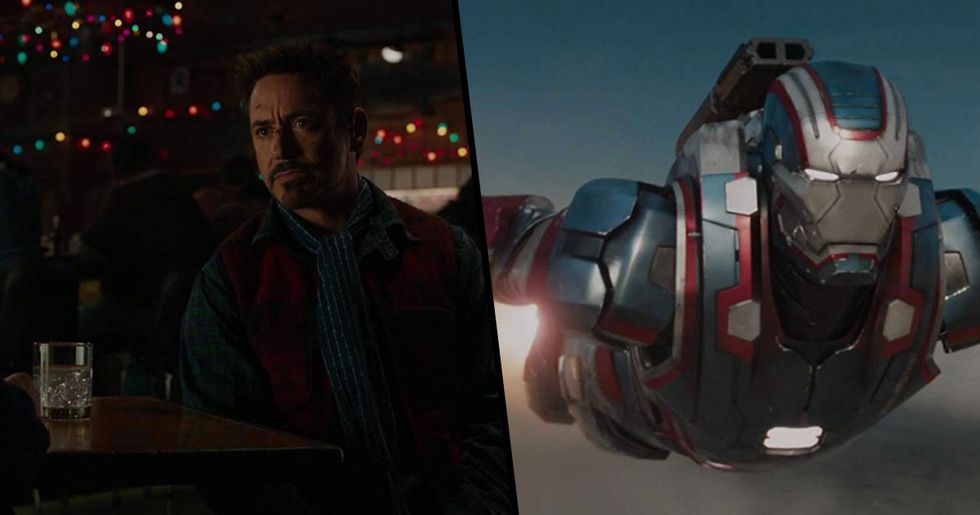 For some reason, there's a real contentious issue that permeates the entire movie community. No, it's not which Godfather film is the best, or who truly holds the title of the best actor of all time - nothing so important. The thing that truly gets movie fans riled up? The ever-controversial Christmas question.

What makes something a Christmas movie (or not) is not down to any specific rules - meaning it can be argued about until the cows come home. And one movie that's long been up for discussion is Iron Man 3. But now, it seems, it's been decided once and for all. Or has it?

It's truly the most magical time of year. Spending quality time with loved ones and getting deeply into the festive spirit is the greatest feeling on earth.

There's a lot to love about the holiday season.

The food, the gifts, the cozy vibe - but there's one thing that really makes Christmas.

Some of us spend the weeks up until Christmas eagerly rewatching all of the classics.

Everyone has a favorite.

And there are tons of good ones to choose from - with more and more added to the list every year.

But there's another aspect to the Christmas film canon.

People have very strong feelings about what belongs in the club - and, more importantly, what doesn't.

There are some classic controversies.

Like, for example, 1988's Die Hard.  It seems almost as if half of all viewers think it's absolutely a Christmas movie - while the other half categorically disagree.

Another movie along the same lines?

1992's Batman Returns. The distinction seems to be whether it's a "Christmas movie," or simply a movie set at Christmas.

Do people feel strongly about it!

And there's been a more recent controversy along the same lines.

When Iron Man 3 came out in 2013, some saw it as the MCU's first foray into the Christmas genre.

Well, they just did not see the link between Iron Man and the Christmas movie canon.

The debate has raged on. There is some compelling evidence for the thesis, though.

For example, the movie is jam-packed with Christmas paraphernalia.

One scene, in particular, shows Tony Stark working while listening to "Jungle Bell Rock" - and a Christmas tree is visible in the background.

The movie also has some classic Christmas tropes.

Like the giving and receiving of gifts, for example. But the most compelling evidence?

Well, it comes courtesy of Disney+.

The newly launched streaming service has a dedicated "Christmas" category - and users have noticed something weird.

When you browse the "Christmas" category ...

So I got @dlsneyplus and found that apparently Iron Man 3 is a Christmas film?! #DisneyPlusfail https://t.co/VSMafJOSpJ
— Kristal (@Kristal)1573632905.0

Some found the categorization hilarious.

And even viewed it as a mix-up or a mistake.

This was a moment of total vindication!

Finally, there was proof!

Now no one could argue that Iron Man 3 fits into the Christmas genre, right?

Was it a mistake? Or is this the end of the argument?

We may never quite know for sure. But for another exciting Tony Stark related revelation, scroll on for the unseen moment from Avengers: Endgame that has viewers shedding more than a few tears.