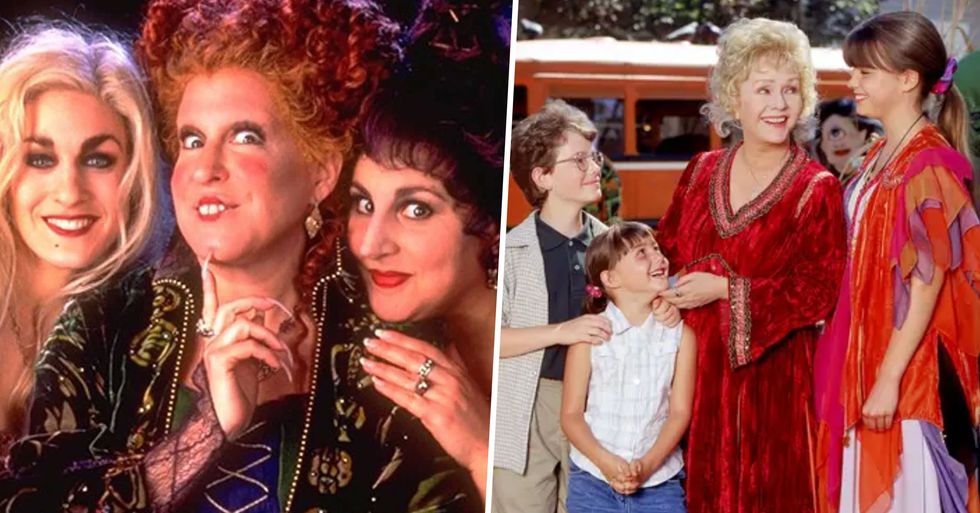 Disney has added a huge slate of spooky movies to Disney + and the lineup looks incredible...

Halloween is just a matter of weeks away.

And, for those of us who enjoy the creepier things in life, there’s no better time to be alive.

And one huge aspect of Halloween?

It’s got to be the excuse to watch horror movie after horror movie with impunity. If you can’t do it now, then when?

But, many of us prefer a more lighthearted spooky watch... you know, the flicks that have the atmosphere you want without scaring you senseless.

And it seems that this year, Disney + has got our backs.

The streaming service is adding a plethora of spooky movies to its ever-growing catalog.

And we couldn't be more excited.

There are lots of gems in the Halloween movie selection.

Don't worry, we have the full list right here for you. Is one of your favorite spooky classics on here?

The Adventures of Ichabod and Mr. Toad

Don’t Look Under the Bed

This 1999 flick follows a teen as she enlists the help of an imaginary friend named Larry Houdini to deal with a prankster bogeyman.

This is one of the more modern movies of the Disney catalog. The movie centers on a boy whose beloved dog passes away suddenly. He then attempts to bring the animal back to life through a powerful science experiment.

The Ghosts of Buxley Hall

Ghosts and a young cadet try to save a military academy from being shut down. This one is yet another blast from the past!

The flick chronicles a teen girl who goes on a mission to recapture a dangerous monster that she accidentally released.

Now, this really is a Halloween classic! Starring the legendary Debbie Reynolds, Halloweentown follows a girl who, after learning she is a witch, helps save a town full of other supernatural creatures.

Of course, Disney have added the second installment of the hit franchise for us to get our teeth into.

The third offering of the franchise from 2004 has also been added.

The final installment of the hit movie series follows Marnie and Dylan as they follow their dreams to go to college, at Halloweentown University.

Starring Eddie Murphy, The Haunted Mansion, follows a realtor and his family as they are summoned to a mansion, which they soon discover is haunted.

There's no way you can have a spooky movie night without Hocus Pocus!

Mom’s Got a Date With a Vampire

Well, this movie is exactly what it says on the tin - a group of kids try to save their mom from a man they suspect is a vampire.

Another one of those classic haunted house stories. A novelty salesman moves his family into a new house, but the family soon learns that the house is haunted by people who lived in the house 3 centuries earlier.

The Nightmare Before Christmas

Tim burton's classic tells the story of Jack Skellington, king of Halloween Town, as he discovers Christmas Town. FYI: it is a Halloween movie.

Phantom of the Megaplex

A young man working at a movie theatre on a special premiere night finds that the flicks being shown are full of eerie happenings.

The Scream Team tells the tale of Eccentric Frank Carlyle who ran a small-town horror shop.

Anyone growing up in the early noughties will know this movie. Here's a quick rundown: 2 teen witches who were separated at birth and adopted by 2 different families meet on their 21st birthday - now they must save the world.

Of course, Disney had to include the sequel.

Finally, we have Zombies, which centers on students from Zombietown who are transferred to a high school in a suburban town.

So, it's safe to say we're spoilt for choice.