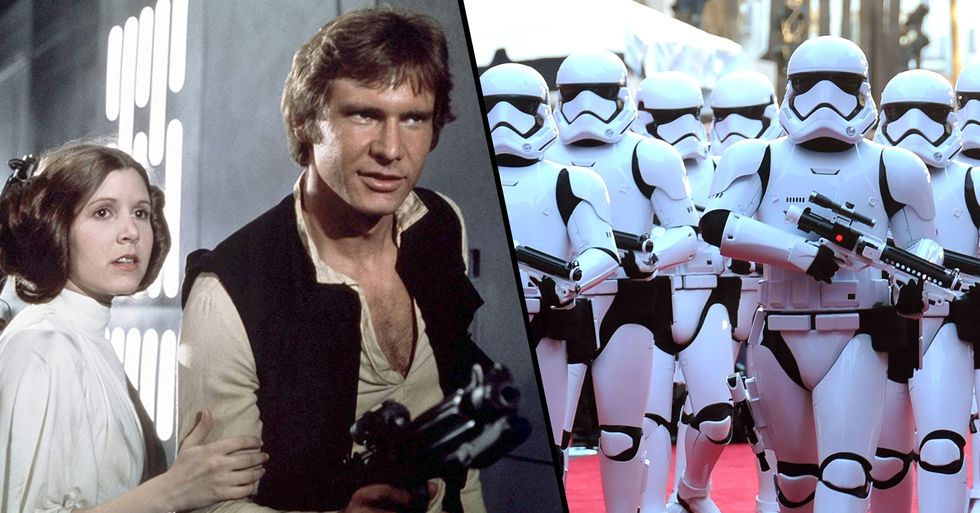 Disney Hit With Major Backlash After Controversial 'May 4th' Tweet

Disney has come under serious fire which after they claimed ownership over a popular Star Wars phrase on social media.

People everywhere took to Twitter to express their disgrace, keep scrolling to see the tweet that has caused so much outrage...

The first amusement park was based in California, which still stands as the original Disneyland.

There are now a total of 6 Disney resorts!

The Disneyland parks are located in California, Paris, Toyko, and Hong Kong; Walt Disney World is located in Florida, which consists of 4 individual theme parks.

But theme parks aren't the only thing Disney owns.

In fact, they seem to be expanding their business, by buying out a whole host of companies...

Disney owns everything! At least that's what it seems like.

It can be hard to imagine just how humungous Disney's reach has become in recent years.

Just in entertainment, they own ESPN, ABC, Fox, Pixar, LucasFilm, FX, and Marvel!

That's not to mention the extensive list of franchises owned by Disney!

It's crazy to think Disney owns this much.

@heelvsbabyface They're getting more and more power hungry It won't be long before disney owns EVERYTHING
— Shifty Shadows (@Shifty Shadows)1588012167.0

And it seems like it's starting to go to their heads...

People are furious at Disney for their latest tweets, and they're not holding back.

Disney has been accused of trying to claim media ownership of popular hashtag "MayThe4th" on Twitter.

And it sparked an outburst of abuse directed at the company.

The hashtag plays on the phrase, "May the force be with you," from the Star Wars franchise, and has been used for years to coincide with the made-up fan holiday.

But after Disney gave a legal warning that suggested they own the phrase, all hell broke lose.

Here are just some of the responses...

@disneyplus By sharing your message with me using #Caturday you agree to giving me all your cats, terms of use here: https://t.co/0hXALb3eCY
— James Felton (@James Felton)1588008490.0

They were outraged when Disney responded to their own tweet with "terms of use," hinting they claim ownership of the phrase.

And people quickly came up with their own "terms."

They get more hilarious the further you scroll...

And people were more than happy to out Disney for their actions.

Some just enjoyed the drama...

With one user responding to this with: "They do now."

Aaron Wood, IP lawyer at Keystone Law, said: "A user can give permission to someone else to use their tweet. However, Disney’s risk is whether users who simply use the hashtag are really giving them that permission."

It only took thousands of comments to get through to them.

After just 5 short hours, Disney figured out they'd made a big mistake...

After Disney realized what they'd done, they quickly backtracked.

The above legal language applies ONLY to replies to this tweet using #MayThe4th and mentioning @DisneyPlus. These r… https://t.co/RGuZGUJVnf
— Disney+ (@Disney+)1588014446.0

Correcting their initial tweet that sparked the uproar. Check out the tweet that set it all off...

We can only hope that some of those hashtags will be incorporated into something "special," they're planning on May the 4th. Keep scrolling to take a look at how this artist has reimagined our favorite Disney princesses...