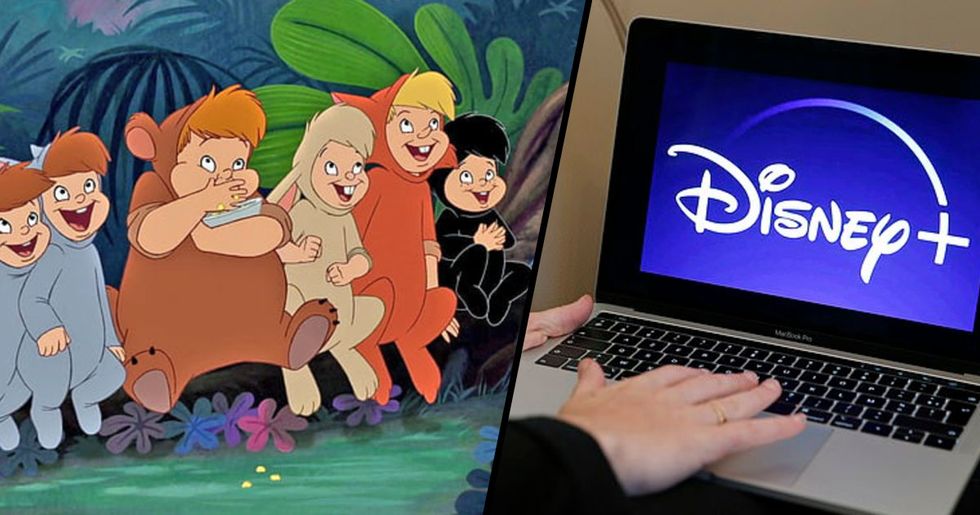 It seems to be streaming madness at the moment. NBC has announced a bunch of reboots for its new service, Apple TV + has recently launched, and now Disney's new streaming platform has officially opened its doors.

Disney + will be competing with the likes of the streaming giant, Netflix, (which remains firmly at the top of the deck), rising star, Hulu, and of course, the slew of other streaming services launching in the coming months, to bring us a whole host of Disney content. And it looks to have been a successful opener for the streaming newcomer, as it hit a sky-high number of subscribers on Tuesday's launch.

Disney + has truly surpassed expectations. Keep scrolling to get the latest details on the new service as well as the highlights of the Disney shows and movies available to watch on the streaming platform.

Disney Plus officially opened its doors on Tuesday.

The Hollywood studio has bulldozed into the streaming scene this week with its brand new service, Disney Plus.

The service provides an on-demand, advert-free streaming service that will rival the likes of industry giants Netflix and Amazon for just $7 a month, or $70 a year.

And it boasts some rather impressive features...

After all, it's a heavily saturated market. But it seems to have truly exceeded expectations...

Disney Plus boasted a whopping 10 million sign-ups in one day during Tuesday's launch...

That's one hell of an impressive figure.

And its success doesn't end there...

According to the Daily Mail, shares in the company ended Wednesday's trading session up 10% to $148.72 on the New York Stock Exchange, giving it a market value of roughly double that of Netflix's.

Keep scrolling to check out some of the highlights of the impressive range of Disney content on offer to watch.

Kicking off the lineup is no other than Disney classic, Aladdin. The movie tells the story of Aladdin and his adventures along with his fiancé Princess Jasmine, his pet monkey Abu, Magic Carpet, Iago the greedy parrot, and of course, his best friend the Genie.

Marvel fans will be pleased to hear that the fantasy franchise hasn't been left out of the running. One of the most exciting additions is the widely-anticipated Avengers: Endgame. Coming in at a whopping 3 hours running time, your weekend is well and truly sorted.

Back to the MCU, and the next addition is no other than Captain America: Civil War. Political involvement in the Avengers' affairs causes a rift between superheroes, Captain America and Iron Man.

Next up is another exciting movie. Hitting screens just this year, Brie Larson's Captain Marvel is joining the lineup for the Hollywood studio's streaming service.

Marvel fanatics will be thrilled to hear that both Guardians of the Galaxy movies will be hitting the upcoming streaming platform. Can we just say how excited we are for Vol 3?

Okay, this is not a drill. Disney is dropping all 3 High School Musical movies and we honestly couldn't think of a better way to spend the weekend.

A billionaire industrialist and inventor, Tony Stark (Robert Downey Jr.), creates a unique weaponized suit of armor to fight evil after being held captive in an Afghan cave.

There's no doubt that Lio and Stitch is an underrated gem in the Disney catalog, which is why we're so pleased to see it added to the lineup. The movie tells the story of  Lilo, a lonely Hawaiian girl who adopts a small ugly "dog," whom she names Stitch, who actually turns out to be a genetic experiment that has escaped from an alien planet.

The Pixar animation centers on 2 monsters named James P. "Sulley" Sullivan and his 1-eyed partner and best friend Mike Wazowski, who work for Monsters Incorporated - a company that powers the monster city through scaring children.

The prequel to Monsters Inc is also in the lineup. Released in 2013, the movie chronicles Mike and Sulley and their time studying at college, where they start off as arch-rivals, but slowly become best friends.

The revolutionary movie, which featured a combination of live-action and animation, starring Julie Andrews and Dick Van Dyke, tells the story of a magical nanny named Mary Poppins, who is hired by the Banks family to look after their 2 children, Jane and Michael.

Of course, Disney has also added the Emily Blunt-fronted 2018 sequel, Mary Poppins Returns, which sees the mystical nanny resurface to come to the aid of Michael Banks, whom she has looked after as a child, and has just been told that his house will be repossessed in 5 days unless he can pay back a loan.

Based on the classic tale of Rapunzel, the Disney animation tells the story of (you guessed it) Princess Rapunzel, who, after receiving the healing powers from a magical flower, is kidnapped from the palace in the middle of the night as a baby by Mother Gothel. The princess is then locked in a tower by who she now believes is her mother, that is, until a runaway thief stumbles upon her.

Next up we've got Wreck-it Ralph, the animated video-game themed adventure that tells the story of Ralph, a video game villain who is sick of being the bad guy and sets out to fulfill his dream of being a hero, landing himself in a candy-coated cart racing game.

Evil witch Maleficent curses Princess Aurora to die on her sixteenth birthday. But, thanks to Aurora's guardian fairies, she only falls into a deep sleep that can be lifted by true love, Prince Phillip.

Set in the fictional city of Zootopia, which is home to various animals, the movie tells the story of a rookie bunny cop and a con artist fox who must work together to uncover a huge conspiracy.

Set in Ancient Polynesia, Moana chronicles the events after a terrible curse incurred by the Demigod, Maui, reaches Moana's island, leading her to answer the ocean's call to seek out the Demigod to set things right once and for all.

Amid all the buzz surrounding Disney's new live-action Lion King, the original 1994 classic will be heading to the streaming service.

In this update of the 1961 film, The Parent Trap follows separated at birth identical twins, Annie and Hallie, (Lindsay Lohan) who are complete strangers until they are accidentally united at a summer camp.

Fun fact: Toy Story was the first entirely computer-animated feature film, as well as the first feature film from Pixar. The movie chronicles the adventures of the toys owned by schoolboy Andy, who come to life.

The action-packed adventure follows Hiro Hamada, a "young robotics prodigy" who forms a superhero team to combat a masked villain.

Frozen tells the story of the newly-crowned Queen Elsa, who has suppressed magical powers and accidentally uses them to curse her hometown in infinite winter. When she flees, her sister Anna teams up with a mountain man, his playful reindeer, and a snowman to change the weather condition and find Elsa.