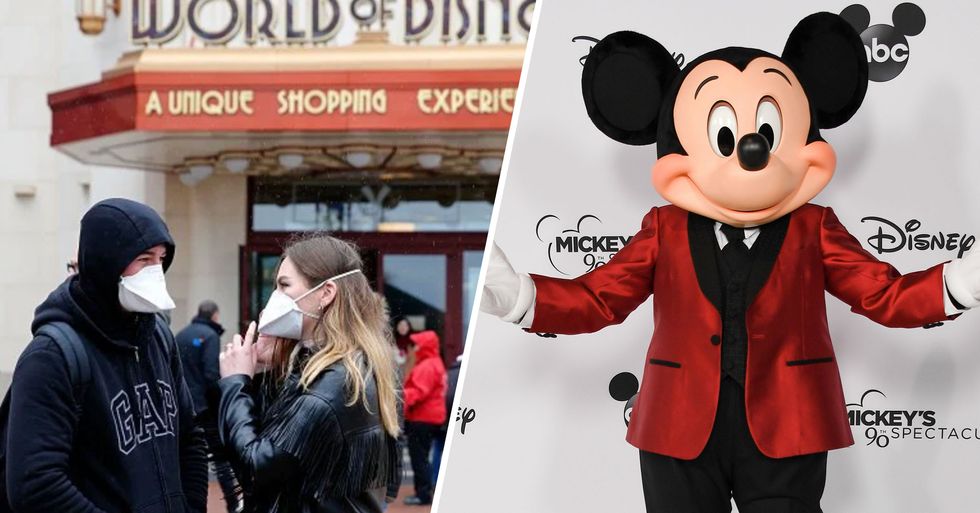 Amid Coronavirus fears, Disney has decided to close its California parks, Disney's California Adventure and Disneyland, beginning March 14th through the end of the month. Due to the rapid spread of the disease across the world, health officials have warned citizens not to gather in large groups where infection is likely, and as we all know, nothing draws crowds quite like Disneyland.

However, every cloud has a silver lining, as they plan on donating excess food to local communities in need.

Read on to hear more about what else Disney plans on doing...

The coronavirus is forcing business giants to shut.

So far, the symptoms have proven to be deadly so these precautions are necessary.

It has been confirmed by Worldometer that over 9000 people have now died globally, with the majority being in mainland China. A further 230,558 have been found to carry the virus and be infected.

So far over 10,000 people have been confirmed to have been infected with the virus, and 161 have reportedly died.

Our President thought things would be "under control" but after declaring a National Emergency, it seems as though this is not the case any more.

Businesses have been forced to shut.

Due to the wellbeing of customers and audiences, global business have been forced to close their doors in order to prevent the further spread of the disease.

This is only the 4th time ever in the history of Disneyland that the park has shut down. The other 3 times? Just after the September 11th terrorist attacks, the day after JFK's tragic assassination and following the 6.7 magnitude Northridge earthquake.

“While there have been no reported cases of COVID-19 at Disneyland Resort, after carefully reviewing the guidelines of the Governor of California’s executive order and in the best interest of our guests and employees, we are proceeding with the closure of Disneyland Park and Disney California Adventure, beginning the morning of March 14 through the end of the month."

"The Hotels of Disneyland Resort will remain open until Monday, March 16 to give guests the ability to make necessary travel arrangements; Downtown Disney will remain open. We will monitor the ongoing situation and follow the advice and guidance of federal and state officials and health agencies. Disney will continue to pay cast members during this time."

Since shutting their doors, they have decided it would be best to use their facilities wisely.

They are spreading the message of hope by donating excess food and drinks to local communities in need.

They are doing this through local Second Harvest Food Banks.

Cast members and employees that work at Disney have all taken it upon themselves to get stuck in and help spread some light in these dark times. And don't worry, they're following and maintaining set health and safety guidelines!

We really need these acts of kindness during this pandemic.

Other parts of the entertainment industry have also been badly affected by COVID-19. Keep scrolling to see a full list of films and TV shows that have called it quits for now...