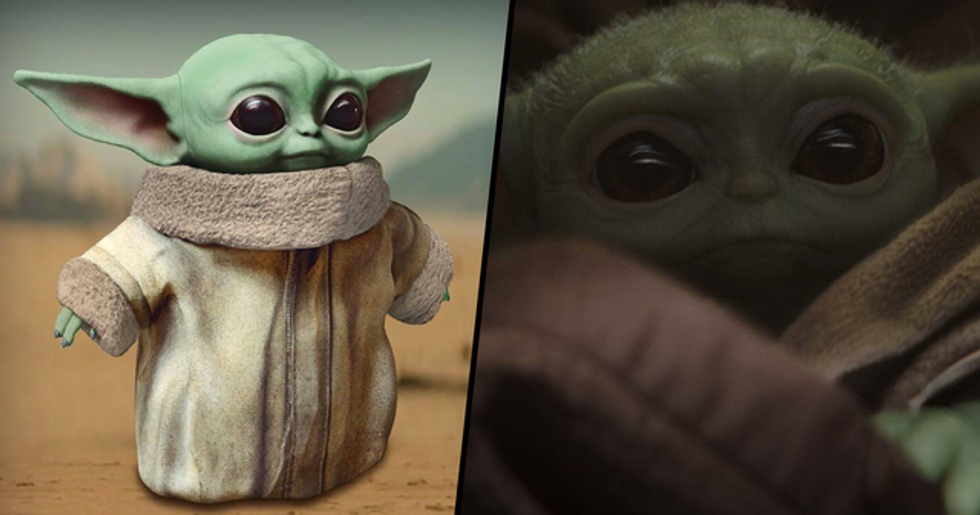 If you happened to have logged into Twitter anytime over the last week, you'll have probably seen the adorable little creature that is Baby Yoda from Disney's The Mandalorian. The internet has been well and truly gushing over the baby version of the iconic Star Wars character and many quickly started demanding merchandise dedicated to the renowned creature.

And, with Disney always being one to cash in on a trend, official Baby Yoda merchandise has been released, and they are more adorable than we could have imagined.

Last week, Disney Plus finally landed, and with it came a slate of tantalizing original content.

And, of course, many fans began demanding Baby Yoda merchandise.

While the studio has already rolled out The Mandalorian merch, we have to admit, we were very surprised that Disney had overlooked baby Yoda considering they're usually one to cash in on a trend almost instantly.

But now, our prayers have finally been answered.

Because Disney have officially launched their own Baby Yoda Merchandise range... And we're loving it.

The merch has dropped.

And there is a vast array of Baby Yoda-themed products that you can get your hands on.

Here we have the Baby Yoda plush toy.

Just look at how cute he is!

The merchandise is endless...

On top of clothing and cuddly toys, there are even phone cases, tote bags, and coffee mugs for all you Baby Yoda fans out there.

You can even dress your own child as The Child...

How cute would this be?!

The merchandise is in very high demand...

So you'd better be quick if you want to get your hands on your own Baby Yoda... which you can do here, by the way. Baby Yoda has truly taken the world by storm and is currently dominating the internet with hundreds of different memes. Keep scrolling to see the best ones...