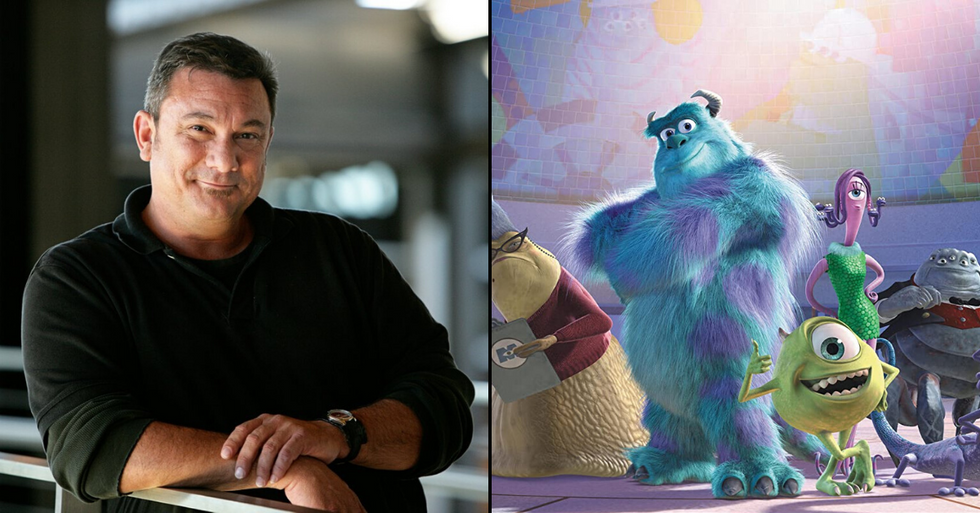 Disney-Pixar Director and Artist Rob Gibbs Has Passed Away

Gibbs worked on a plethora of projects at the studio including Finding Nemo and Up!. His daughter also famously voiced Boo from Monsters Inc.

Rob was a veteran of the animation industry.

His career kicked off with Disney, working on big-name animations including Pocahontas and Fantastia 2000.

He then switched over to Pixar...

Here, he earned credits as a story artist on Finding Nemo, Monsters, Inc., Toy Story 2, and Up! to name a few.

She famously voiced Boo in Monsters, Inc and Sha-Ron in Mulan II.

The creative was currently working on Monsters at Work for Disney+...

The show is a spin-off of the beloved Monsters Inc franchise. According to Comic Book, the series features the entire voice cast of the original movies and was expected to hit the streaming service in spring next year.

The news of Rob's death emerged after colleges took to social media.

Heartbroken over the loss of Rob Gibbs. If you or your kids have seen any Pixar CarsToons shorts, Rob directed most… https://t.co/HBuT1dGC3F
— Daniel Chong (@Daniel Chong)1587746770.0

"Heartbroken over the loss of Rob Gibbs. If you or your kids have seen any Pixar CarsToons shorts, Rob directed most of 'em. His daughter was the voice of Boo in Monsters, Inc. He was such a positive, hilarious, and heartfelt guy, who cared a lot for his crew. Will miss him."

Tributes have been flooding in.

From colleagues to students, Twitter was filled with messages about the star.

Many who worked with Rob shared their memories of him.

The news of his death is utterly devastating...

And is a huge loss to the animation world.

Thoughts are with his friends and family at this difficult time.

"One of the best and FUN times I ever had  @Pixar was working on #TokyoMater with Director, #RobGibbs. Heartbroken over the news of his passing away. He was a tremendous talent, super funny, and just a great guy! My condolences to your family. Miss you man."

His cause of death is not yet known.

Such devastating news. R.I.P. This is a breaking news story. More updates will follow.