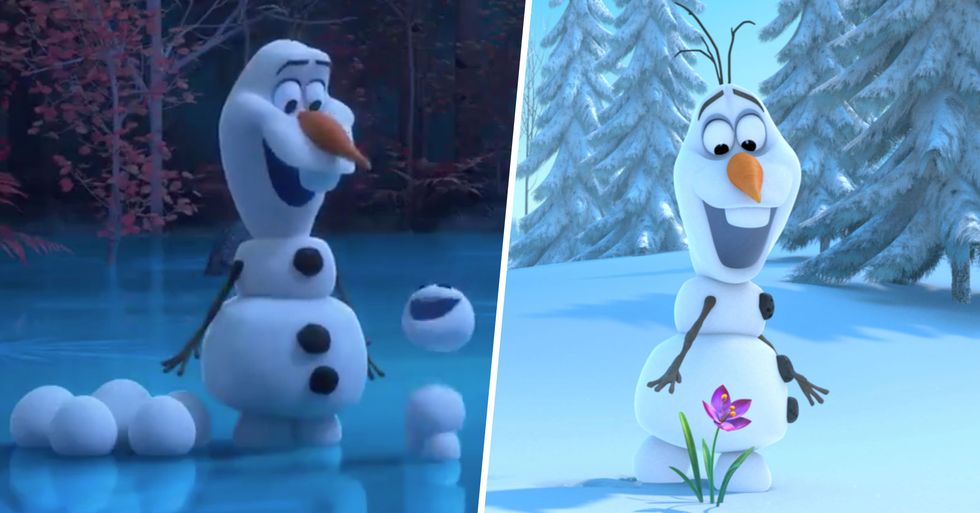 And now the team behind the franchise has offered everyone stuck at home during lockdown an extra-special treat...

There's no doubt that Frozen 2 has become one of the most anticipated flicks of 2019.

And theatergoers were quick to take to Twitter to air their views too...

Many hailed the sequel as the "best movie of the year," which, let's be honest its a pretty bold statement, but it seems many agree.

And now, the show's creators have proven once more they're the best in the biz.

They've created some Frozen shorts while each cast and crew member works entirely from home.

They're based around fan fave, Olaf.

And, if it makes you feel any better, he's stuck at home, just like the rest of us.

There's just one out so far.

Scroll on to see it. But even more excitingly, apparently there are more in the works!

Voice of Olaf Josh Gad made the announcement on Twitter.

And fans were immediately thrilled and excited.

Spoiler alert: it's just as charming as you'd expect. Want more cute Disney action? Scroll on for the latest updates on the Mandalorian...