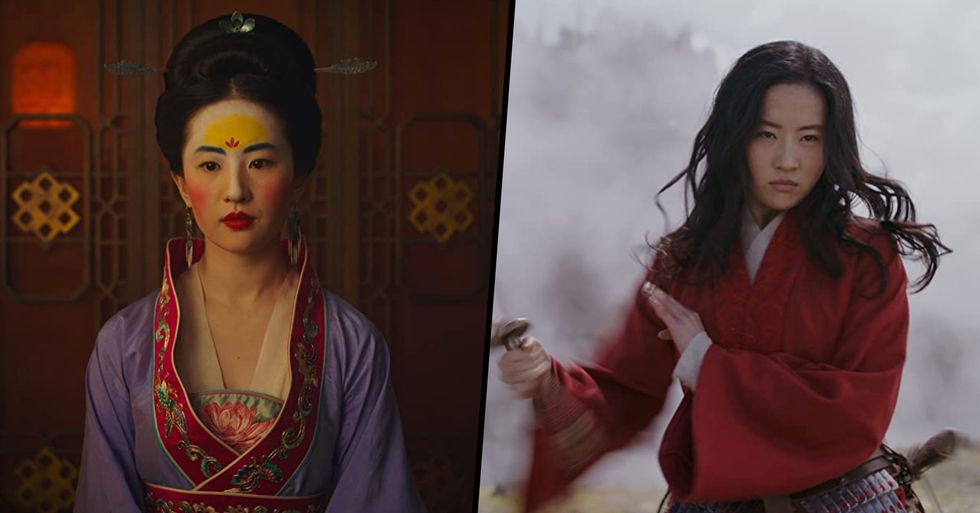 Disney have finally given us the release date for the upcoming live-action reboot of Mulan, although, fans are very divided on one aspect of the announcement.

If the trailer is anything to go by, the movie looks incredible...

Several of our favorite Disney classics are now getting the live-action treatment.

And much to the delight of fans across the globe, the Hollywood studio announced last year that a live-action reboot of Mulan would be hitting our screens.

But, of course, the pandemic has delayed several movies slated for release this year.

Meaning studios are having to come up with other ways to give fans their movie fix, including Disney.

Mulan was set to be released in March.

And now, after several setbacks, Disney have finally announced where and when we can watch, as well as a full trailer to get our teeth into.

The live-action reboot is based on the 1998 classic.

The flick follows Mulan as she disguises herself as a man to take the place of her father in the Chinese military.

The casting process for the role of Mulan in the upcoming reboot was said to be pretty competitive.

In October, Disney unveiled who would be taking on the iconic roles.

The actress and singer, who recently starred alongside Emile Hirsch in The Chinese Widow, is taking on the leading role in the live-action adaptation.

Back in 2018, The Hollywood reporter announced that Li would be joining the cast as the emperor, although, reportedly the star initially turned down the role in the film but later agreed to it after his daughter told him that he should be in a movie promoting Chinese culture.

The main villain in the original animated film was Shan Yu, the leader of the Huns, but the live-action adaptation is set to feature another villain - a powerful witch.

We've also got Yoson An, who's been cast as Mulan's love interest, Cheng Honghui.

Tzi Ma has taken on the role of Mulan's father.

Sadly for fans, the release of the long-awaited movie kept getting pushed back...

But this week, we finally have some answers!

Disney have announced that the flick is going to be skipping general theater release.

And while it will be available in select theaters, which are yet to be announced, the Hollywood studio will be dropping the movie onto its streaming platform, Disney Plus. Don't worry, we've got the trailer and release date coming right up...

Although, for fans eagerly signing up to Disney Plus to watch...

There is a slight catch.

Viewers will have to make a purchase in order to watch the movie.

Even if you're an existing Disney Plus subscriber.

The movie will cost $29.99 under Disney's new premium access feature.

And since the news surfaced, reactions from fans have been very mixed.

No matter where you stand on the issue, we're sure you want to know when the movie will be hitting screens.

Mulan will be landing on Disney Plus on September 4th... so not too long to wait!

In the meantime, you can watch the trailer below:

Fancy more Disney news? Scroll on for the trailer for the brand new Scooby-Doo movie, starring none other than Zac Efron.