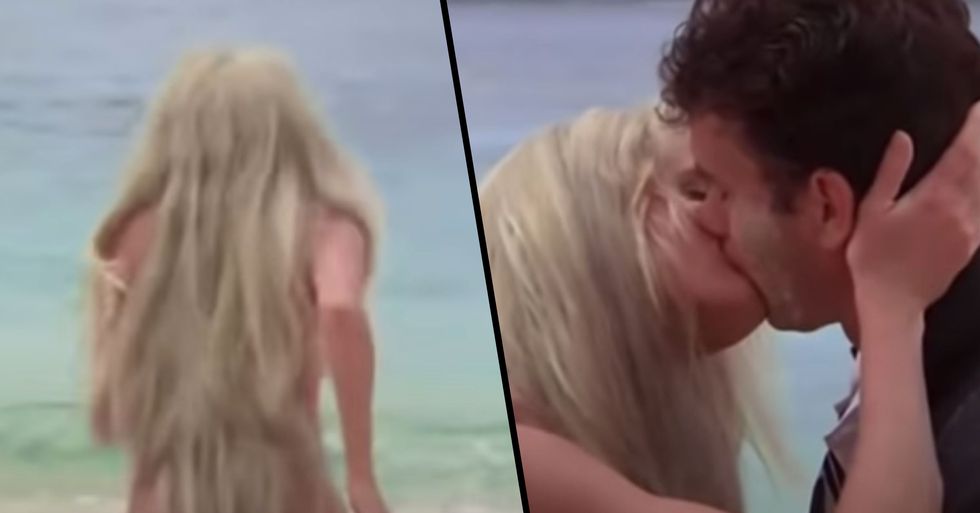 Many of us have been turning to Disney + to give us some light entertainment during lockdown. However, when users tuned in to what Splash they noticed something strange...

It appears that Disney tried to edit out Daryl Hannah's butt, but judging by the tweets that have surfaced from viewers, they didn't do a good job...

Keep scrolling to watch the clip for yourself.

But when viewers tuned in to watch Splash.

They noticed something rather odd about one of the characters.

Splash is one of many live-action offerings on the site.

The romantic comedy starring Tom Hanks and Daryl Hannah tells the story of Allen and Madison, a young man and a mermaid who fall in love.

However, it looks like Disney Plus wants to keep everything as family-friendly as possible.

Why? Well, it appears they have tried to edit out Daryl Hannah's butt from one of the movie's infamous scenes.

When the pair first meet, Daryl’s character is naked and swims into the sea after kissing Allen on the lips.

In the original scene, viewers saw the very brief of glimpses of Daryl’s butt when she ran into the water.

So, when viewers watch the movie on Disney Plus...

They were shocked to see that they had attempted to CGI edit out her butt. Keep scrolling to see the clip for yourself.

Reactions online have been strong, to say the least.

@AllisonPregler It's like they tried to make her hair longer and thicker, but gave her a giant shag carpet for a butt instead
— Arvu ReBantra (@Arvu ReBantra)1586767132.0

"It's HILARIOUS how sh***y that looks," joked another user.

Although, some raised a more serious point.

Many think had this been a guy's butt, it wouldn't have been censored in the first place.

It seems many agree.

And this user even pointed out another movie available on the platform that has an uncensored butt in it.

Some even compared the editing to Cats...

Which, let's be honest, is the ultimate insult.

So, we think it's safe to say that the editing didn't go down too well.

@AllisonPregler For 35 years, young audience have seen the butt and breasts of Daryl Hannah in Splash without it di… https://t.co/bjsLUWqtSV
— Thom (@Thom)1586769946.0

Let's take a look at the clip in question, shall we? Brace yourself...

You can watch the clip for yourself below:

What do you think? For more on Disney, scroll on to find out how you can get paid one-thousand dollars to watch thirty Disney movies in thirty days...
20%