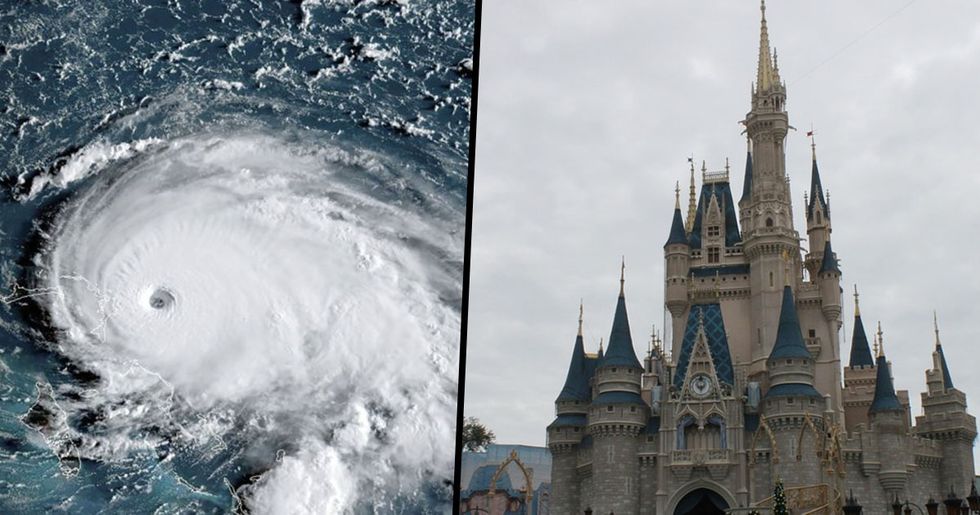 The deadly storm, which is currently parked over the Bahamas, claimed its first victim. 7-year-old Lachino Mcintosh tragically drowned while his family attempted to flee their home in the Abacos, Bahamas, local press has claimed.

And now it seems set to cause even more destruction, as there's a huge tourist attraction in Hurrican Dorian's path.

The storm has tragically claimed its first life.

But, with the ferocious winds and deadly floods, the death toll is heartbreakingly expected to rise and rise within the next week. We can only hope that Florida doesn't face the same fate.

And now the storm which has ravaged the Bahamas is on the move.

It's set to hit Florida today. Although the storm has been downgraded from a category five to a category three, this actually means its set to grow bigger as the central winds expand outwards.

The National Oceanic and Atmospheric Administration (NOAA) has issued a warning.

“Life-threatening storm surges and dangerous hurricane-force winds are expected along portions of the Florida east coast and the coasts of Georgia and South Carolina, regardless of the exact track of Dorian’s center. Water levels could begin to rise well in advance of the arrival of strong winds."

Around 1.5 million people have evacuated Florida and South Carolina.

And now the storm is heading towards popular theme parks in the area. Walt Disney World has shut the majority of its parks, making this statement. "We are closely monitoring the progress of the storm and are making operational adjustments as needed, because nothing is more important than the safety of our guests and cast members. In keeping with our strong commitment to safety, our history of being prepared during inclement weather and to continue to delight guests who are staying at our resorts, Walt Disney World Resort is adjusting its operating hours beginning Tuesday, September 3."

Other theme parks have made similar decisions.

SeaWorld, Aquatica, Legoland, and Busch Gardens are all shutting for the day. But Universal Studios has claimed that they plan to remain open as usual throughout the storm.

The opening hours of adjoining Universal Studios Islands of Adventure and City Walk are also said to be unaffected.

With the Hurricane set to hit imminently, we only hope that these decisions have been made to ensure safety, rather than to maximize profit.