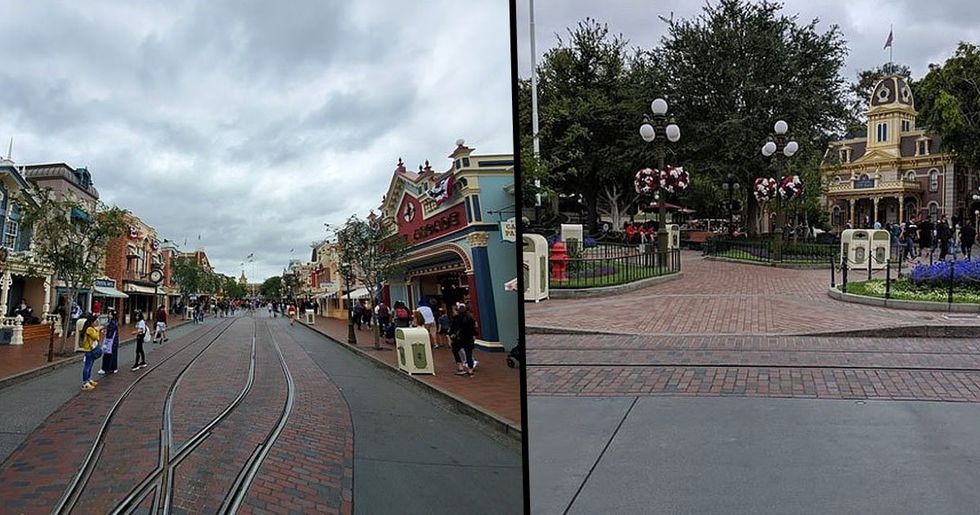 A visit to Disneyland is guaranteed to be a magical experience and it's always the perfect family day out. The one catch, though? You absolutely must be ready and fully prepared to queue for forty minutes to get a soda... Disneyland is one of the busiest places on earth, but, hey, it adds to the fun, right?

But, recently, in Disneyland, California, there was an unexpected turn of events; Disneyland turned into a ghost town.

Keep scrolling to see the park in its eery form, and to find out why it was lacking in happy, bustling families...

It seems that, with every year, there's something new going on with Disney. Whether that's the release of a new movie or additions to one of its many theme parks, Disney know exactly what they're doing and exactly what their global fan base want.

The theme parks are truly outstanding.

I highly doubt that any amusement park in the world can top that which Disney offers on a daily basis. As any Disney-goer can agree, their parks are magical and it's truly impossible to not enjoy yourself - no matter what age you are!

Disneyland in California has unveiled a new attraction...

Calling all Star Wars fans! The famous amusement park has dedicated an entire section to Star Wars, which includes exhibits that allow fans to take a step behind the scenes, to enjoy thrilling rollercoaster experiences, cinema experiences, and even meet some of the Star Wars characters.

Fans have been eager to visit Galaxy's Edge...

Galaxy's Edge, the $1 billion attraction, opened recently to guests after months of anticipation. The attraction spreads across fourteen acres and is literally a Star Wars lover's dream; there are even themed food and drinks!

It really does look like a part of the Star Wars universe...

Disney (in typical Disney fashion) have gone the extra mile to ensure that guests get the ultimate Star Wars experience - to the point that visitors feel like they are genuinely in another universe.

Fans have flocked to the resort to get their fill of all things Star Wars and it has certainly gone down a treat so far.

It's heaven for Star Wars fans...

Guests were quick to send their praises to Disney for their new attraction, and, let's face it, it does look pretty awesome.

But it turns out that this month hasn't been a good one for Disney...

Fans took to social media to share their confusion as to why the park had suddenly become a complete ghost town.

After Disney put crowd control measurements into place in anticipation of the tsunami of visitors eager to visit Galaxy's Edge, they soon realized that these measures worked a little too well.

The world-famous Space Mountain was deserted...

Space Mountain is a veteran of Disneyland and it was a shock to see the usually-full queue completely deserted.

It's truly bizarre to see Space Mountain looking like this during opening hours, what on Earth is going on?!

A year's worth of planning...

According to Daily Mail, planners at the park claim that they've spent more than a year preparing for the opening of Galaxy's Edge and the crowds that they may face.

New restrictions only allow four hours per guest inside the immersive new land - which is the largest single-themed land in a Disney park as of yet.

Is Galaxy's Edge to blame?

The derelict scenes around the park could potentially be at the hands of the Star Wars-themed park.

Once the writstband-holders' four-hour windows are up, the wristbands shut off access to the key attractions and merchandise locations.

And it's pretty sad to see the older and more traditional amusements go forgotten, such as the swings that children have enjoyed for decades.

Am I the only one getting emotional over this?

Disneyland is a big part of so many childhoods, especially for us nineties babies, who visited the part when the swings were one of the biggest attractions!

An attempt to fit in more guests...

Vice president of the Disneyland park, Kris Theiler, reportedly said that the walkways of the park have been widened from their usual 3-feet to 6-feet, and that stroller parking is now available.

This is the lowest that queue times have been in decades...

The Vice President of California Adventure Land said that queue times haven't been this low in decades. 2 of the most popular attractions, The Haunted House and The Pirates of the Caribbean have seen their lines get cut short to around twenty minutes.

The measures taken to cope with capacity are clearly not needed just yet...

Around 7,500 extra parking spaces were installed with new parking entrances and toll booths and a pedestrian bridge has also been built in an attempt to avoid jams.

Disney, as always, is incredibly focused...

Disney spoke to the Daily Mail, saying: "We are incredibly focused on delivering a great guest experience for the opening of Star Wars: Galaxy’s Edge."

"This land has added 14 more acres to Disneyland Park, and together with all of our new offerings, advanced planning, and innovative technology, has resulted in incredible feedback and satisfaction from our guests."

It is unknown as to exactly why the park has been so empty...

It may have been due to the popularity of Galaxy's Edge, but there have even been reports that the queue times were pretty low for that part of the park, too.

But there's no need to worry, folks!

I highly doubt that this little dry spell means the end of Disneyland. With it being the biggest amusement park franchise in the world, we're pretty certain that it won't be shutting its doors any time soon. So, in the meantime, savor the magic of Disney as much as you can... and may the force be with you.