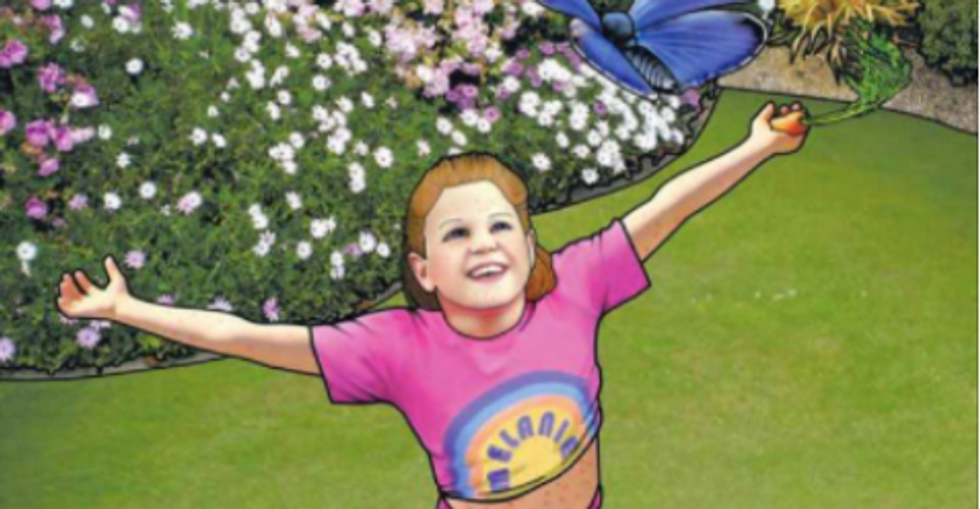 Here Are the MOST Inappropriate Moments From Kid’s Books

Reading is awesome. So much so, in fact, that you are doing it right now. And the best way to instill a love of the written word into the young and moldable minds of youth is to offer the joy of books to them at an early age.

While that sounds good in theory, it can take a slightly disturbing turn when the books either intentionally or unintentionally convey a message that might be “questionable.”

Some of these writers may have had good intentions, but a lot of these books take a really strange approach to teaching children how to deal with adult-themed dilemmas.

Don't believe me? Check out some of the most "interesting" kids' books ever.

The answer is yes, he will...for about fifteen seconds. Then he'll want another cookie. It's a vicious cycle, folks. The only way to fight it is to teach the kid to hate cookies. It's not easy, but it can be done.

The most disturbing thing would have to be the "Yum" down there in the corner. That aside, I guess every kid has to learn about the digestive system somehow. But do we REALLY need to call him "Mister?"

When You Gotta Go...

I'm sure that won't raise any questions, as long as every animal these children come in contact with is constantly emptying their bladders. Also, any decent parent would question the anatomical accuracy here. Couldn't we just use people and not other animals with different make-ups?

This George was a little too curious and soon found himself serving 8-10 years. George has to learn to respect boundaries. Let's hope that he learns that quickly in prison, or things will get...unpleasant.

No reason to beat around the bush with this one (and yes, pun totally intended). Let's hope this is from a very bygone era and that the author wasn't just laying down a smooth double entendre here. Still, that's a heck of a title!

Brought to you by someone who has never checked out Urban Dictionary. No matter what we're doing, "munching" always makes the act sound raunchier than it is. Why couldn't it just be the muffin EATER? Or "one who dines on muffins?" Any answers?

I'm thinking "marvelous" and "measles" aren't two words that I would normally put together. I think to educate a kid you might want to paint diseases in a negative light, correct? Then again, she does look pretty excited...

It's a fact, and this book proves it.

Does scaring kids into not whining really work? I would think this would just gear kids up to whine about their newest fear. That sort of defeats the purposes, doesn't it? But hipster monsters only eat organic, gluten-free whiny children, so a few of you are safe.

Smoke 'Em If You've Got 'Em

She appears to be stuck in the '80s, but I suppose that fashion is the least of their problems. She's got an addiction. Let's hope her little bro doesn't think that's "totally far out" or anything.

It doesn't matter if you're a lion or the ruler of your own domestic domain, if that kid won't get to sleep, you've said this more than a (couple hundred) dozen times. I feel that the profanity IS necessary, but only because it properly conveys the parents' frustration.

Whatever happened to "Duck, Duck, Goose?" Surprisingly, this is a very real game that kids (and adults) played at one time. Fortunately, that time was long ago when people really, honestly used the word to just mean "cat."

Adam Mansbach's follow-up to his best-selling book Go The F**k to Sleep is something that every single parent EVER has thought at least a million times. There sure does seem to be a big demand for unusually profane items these days. People must be tired of being polite.

There's nothing like the zombie apocalypse to traumatize your children for life. Your mom is gone, replaced by a flesh-hungry monster. You got that? Good. Now please go to sleep without any more fuss.

Well, I suppose that is true. This could be a test for sociopaths. If you DID want to be a witch, you would have to be institutionalized. If you didn't, you're free to resume being a carefree child.

I’m sure the inside conveys a valuable lesson about respecting our elders, but really? And why is the dog on the teeter-totter? So many questions with this one. Maybe the title shouldn't be a question, either. It should be YOU Should Care about Elderly People. Drives the point home.

I'm not sure what kind of "games" they're referring to, but I'm pretty sure they have no place in a book for children. When kids go through the first book, they can dig into the more advanced stuff that this book contains.

Right. I'm sure this won't give kids any ideas. If you're thinking of giving this as a gift, you might want to Scotchguard the sofa. Or maybe you should just wrap the house in plastic to be safe.

He's king of the jungle, and apparently he's prepared to abuse that power. It appears the patriarchy is in full effect in this children's book, and the characters are taking advantage of it. (The turtle is wishing he could move along a little bit faster.)

A book I hope you never have to read to your kiddos. If my significant other was sent to the slammer, breaking the news to the kids would be the least of my worries, but I would still be dreading it. Especially if they had those emotive eyes. But if you do, at least they used a puppy!

Well, I guess that's one way to explain why he sees so many pretty colors. Honestly, you would probably need AT LEAST pot to see that many colors. The book may not say it, but I think the peacock has found harder drugs.

First of all, why is this an illustrated book with animals talking about lovers? Second...what? This is a little rape-y for a children's book. Or an adult's book for that matter. Sentences like that shouldn't exist in any form.

You have to realize this is a probably a book for the youngest kids there are, but it still reads very funny and demanding. What happens if the kid doesn't touch the cow? Will that kid keep getting yelled at until they do?

If they had only added "Bear" to the end of the title, this might have sounded a bit more appealing. Instead, it sounds like something a kid would do that gets them grounded for weeks on end. But, alas, we're left with a morbid curiosity regarding the contents of this book.

This world-weary, pipe-smoking dog has seen some crap, you guys. The rest of the book is worth a read. It's definitely more creative and engaging than the title would lead you to believe. I mean, "Mister Dog?" That's the character's name?

This teddy bear should just be arrested immediately. It's just sitting there, staring. You'd think that a children's toy would be more familiar with the concept of shame. Judging by the way that girl is sitting, you'd hope the kid would be, too.

I don't even know what's going on with this one. The title lays out the problem simply enough, but there are still so many trailing questions. What happened to your old one? Is this REALLY a story for kids? Where does one find a new bum?

Just add love to make that crack house a crack home. Failing that, you can just sell all the crack inside and move to a fancier neighborhood. It's never too early to teach your kids about the job market.

Publisher: "What's the cover art?" Marketing director: "Psychotic Beethoven molesting a small boy on his knee." Publisher: "Nailed it." How many people approved this before it went to print? I would think that it would be at least a dozen. That's twelve chances for someone to speak up. Yet no one did, and here we are.