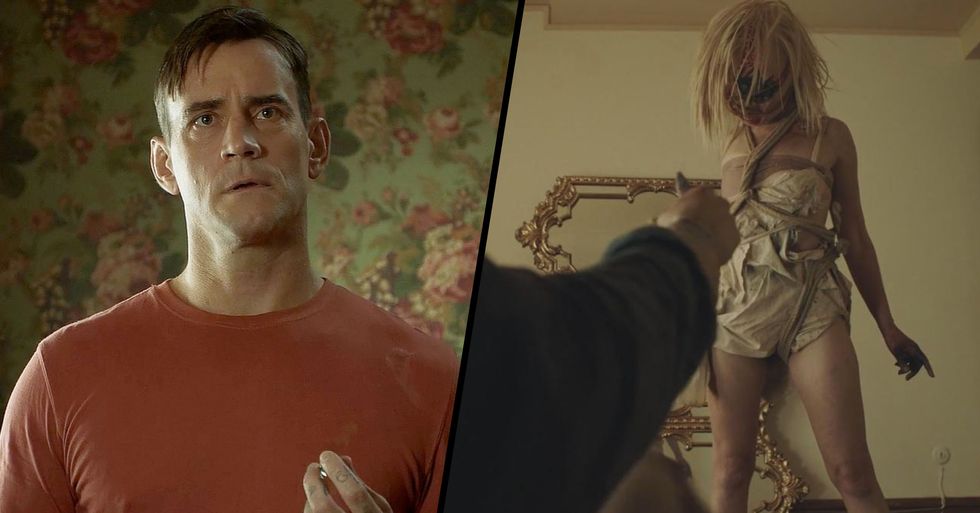 Warning: This article may contain spoilers. You have been warned...

The latest addition to Netflix's horror movie collection has been proving to be a little too much for some viewers - But for all the wrong reasons.

Keep scrolling to read about the new movie, and to find out why so many people are finding it so disturbing.

If there's one thing that Netflix has down to a tee...

It's their never-ending selection of horror movies.

The masterminds behind Netflix certainly know how to keep their horror fanbase happy...

With the streaming service boasting an impressive 247 movies in their horror section alone.

Netflix fans seemingly can't get enough of their spooky selection...

And anything has yet to be proven to be too much for these brave viewers.

Netflix's latest addition has ruffled a few feathers amongst viewers... For being too damn disturbing.

I know, the impossible has finally happened.

Have we finally found the ultimate scary movie?!

It could be so.

Because Netflix viewers are seriously horrified after watching their latest horror movie.

And, this month, it has been added to the infamous Netflix lineup.

Just a brief run down on the plot...

The movie tells the tale of ex-con Don Koch - bizarrely played by WWE legend, CM Punk - as he moves from Chicago to the suburbs with his pregnant wife, Liz, in an attempt to fix their marriage.

And Don sets to work renovating the decaying building in preparation for his wife and unborn child to move in.

However, he gets a little distracted along the way...

He meets his neighbor, the stunning Sarah Yates, played by Sarah Brooks.

Don struggles to resist her flirtations...

And subsequently has an affair with her, all unbeknown to his pregnant wife back in Chicago.

This is when things start to get weird.

After calling off the short-lived affair with Sarah, Don continues to work at renovating the house, which has mysterious and stomach-churning cases of rot and mold within the walls.

And a mysterious substance begins oozing from all corners of the house...

Which looks an awful lot like... Nope, I'm not going to say it.

And seriously disturbing, especially after Don discovers that he is actually renovating an old brothel, which is haunted by the spirits of the old prostitutes. What a lovely place to raise a family...

His pregnant wife then gets involved...

And assists her cheating, scum-bag of a husband (sorry, I had to say it) in the gruesome battle against the haunted house.

But people have been finding the whole film rather nauseating...

And have been warning others to save their own minds (and stomachs) by not watching it.

Most people have been finding the movie more disgusting than scary...

And this Twitter user gave a rather explicit warning...

Meanwhile, others had some slightly different observations...

So, you can't say you haven't been warned.

Watch at your own risk, folks. If you don't fancy watching a movie about a haunted brothel that oozes weird substances from all orifices, you can keep scrolling to see Netflix's other releases coming up in March.