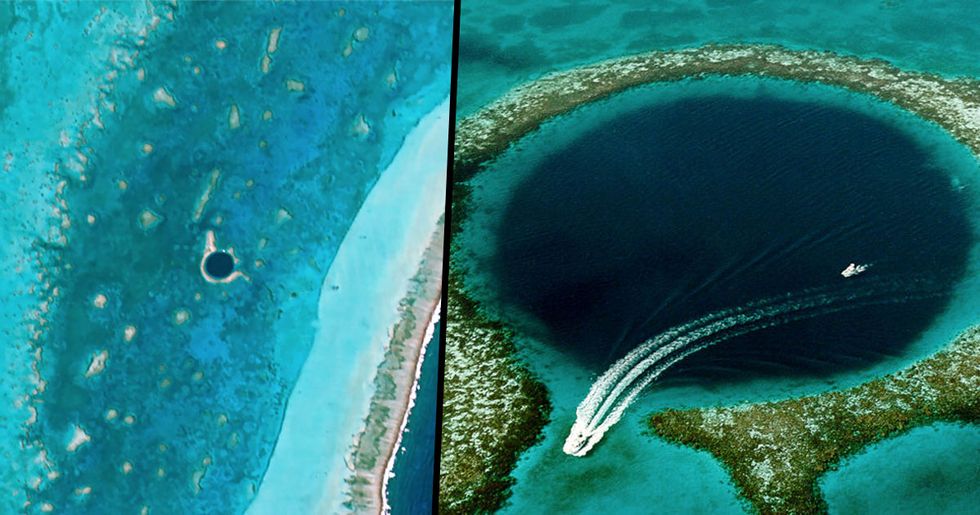 Our world is a large and vast place, a unique landscape that although may now be marred by urban design still retains its natural wonder and mystique.

There are many places in our world that we have yet to fully explore and understand, from thick jungles to sparse archipelagos, we are still not truly knowledgeable about the planet we call home. A facet of our world which still baffles and often alludes researchers to this day is the ocean, that some may view as an alien world when compared to the simpler life of the world above the waters’ depths.

But as humans, we continue to persevere and we are still trying to explore and comprehend all that the ocean hides from us.

The ocean is a mysterious place.

Hidden beneath the depths of the sea is a world that we still don’t truly understand.

A world with its own unique environment and wildlife.

To look at a basic picture of the sea floor is to look at a picture of a detached and arguably alien world, complete with its own unique plant life and animals.

And still the sea holds so much more.

But of course, beyond this submerged beauty there is so much more.

And it is human intervention which has proven this.

Beneath the waves there are species and phenomena that we have yet to see, explaining why so many nautical tales deal with monstrous creatures residing at the bottom of the ocean’s depths.

And there are areas of the sea that we can’t even reach.

Of course, it is impossible for a human to journey directly to the bottom of the sea, and so there is so much we have yet to understand about the ocean and its secrets.

But there have been advancements.

However, human technology has grown over the years, allowing us to explore more and more of the ocean’s depths.

Something that a group of explorers recently discovered.

Recently this technology was utilised by entrepreneur, Richard Branson, who decided it was time to finally explore ‘The Great Blue Hole’.

What is The Great Blue Hole?

Located off the coast of Belize, the Great Blue Hole is a giant marine sinkhole, measuring almost 1,000 feet wide.

Making it the second largest marine sinkhole in the world.

Yes, there’s an even bigger one out there.

Many have wondered what lies at the bottom of the hole.

Of course, being a place of mystery and wonder, many researchers and scientists have wondered what truly lies at the bottom of the hole’s 400 feet.

Prompting Branson to take the charge.

But it seems that the mystery was too much for Branson, who decided that it was time to go into the hole and discover that lies within.

Banding together, he and a group of explorers descended into the hole.

To assure that everything was a success, Branson teamed up with the Discovery Channel to document the event.

They also supported the work of Ocean Unite.

Branson and his team also went to help support Ocean Unite, to promote the importance of the ocean and its protection.

After everything was ready, Branson and his team descended.

Branson journeyed into the hole with Fabien Cousteau and Erika Bergman, both explorers in their own right.

And then they descended.

Once the team began to descend it wasn’t long before the environment around them began to change.

They saw all kinds of things.

After ten minutes the gang saw a 'breathtakingly beautiful' stalactite.

And there was so much more.

In his blog on the experience, Branson described every wonderful sight in detail.

'The Blue Hole is made of a complex system of caves that once formed on dry land. It is proof of how oceans can rise quickly and catastrophically.'

But was there any life?

Sadly there wasn’t, as many of the creatures they encountered had most likely fallen into the hole and died from a lack of oxygen in the water.

'But when we got to the bottom we could see crabs, conches and other creatures that had fallen into the hole, arrived on the bottom and then ran out of oxygen and died.'

But there was one thing that terrified Branson and his team.

Branson was disheartened by the sight.

In his blog, Branson talked about his encounter with the plastic waste and his feelings on it. Writing: 'As for the mythical monsters of the deep? Well, the real monsters facing the ocean are climate change – and plastic. Sadly, we saw plastic bottles at the bottom of the hole, which is a real scourge of the ocean.'

Of course Branson is a well-known environmentalist.

Branson has been a strong advocate for the removal of single-use plastic, which often comes to contaminate our oceans and lakes.

And he’s not the only one.

Virgin Voyages, which led the charge, have made sure that no single-use plastic is allowed or used on board. Helping the environment one step at a time.

Because they want to see a future where the ocean is not destroyed and devoid of life because of our waste.

On his blog, Branson had an emotional statement to share.

'My grandchildren will be in their thirties by 2050. I don’t want them to grow up in a world without corals, without the wonders of the ocean. We need governments to act now to protect at least 30 per cent of the ocean by 2030 and reduce CO2 emissions as quickly as possible with a goal of zero net emissions by 2050.'

I’m sure many of us feel the same.

After reading this, I’m sure many of you also hope to see a future where the ocean is still a underwater paradise for its wildlife and corals.

And we can do this!

In small ways we as a species can assure the protection and continuation of the sea and its life.

Let's hope we can band together to do this!

After all, the planet and its future lies solely on the human race, and we can do so much to help it.