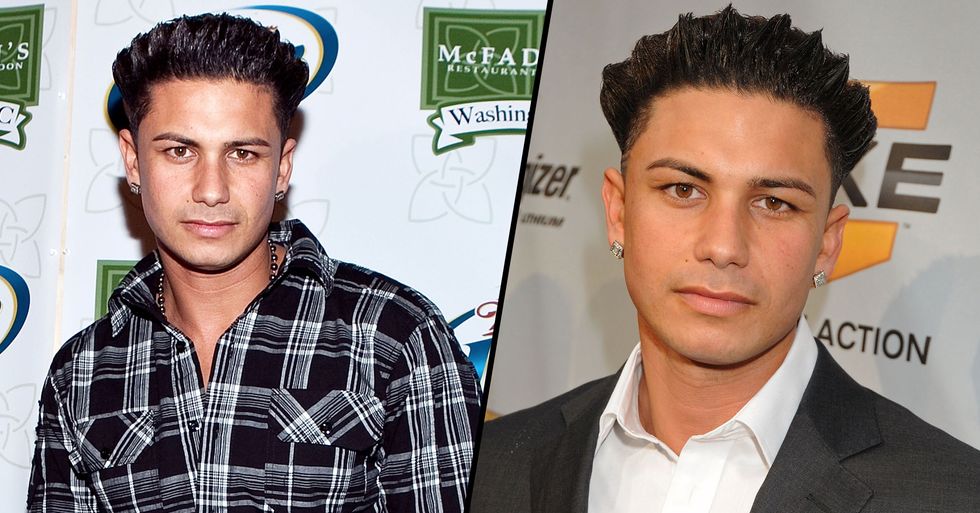 Jersey Shore's finest, Pauly D, has revealed his "quarantine beard", and everyone is saying the same thing...

Don't worry though, his rigid hairdo is still very much intact.

He has decided to keep his thick head of hair company...

By growing a beard. Yes, you read that correctly.

Well, it turns out that most people on Twitter are loving his new look.

It's amazing just how much difference a beard can make to someone's face...

Though some can't help but notice his persistent hairdo...

Which is still the same as it was back in 2009. Now that's commitment.

You have to admire his dedication to the cause.

@DJPaulyD You putting that much gel in your hair even during lockdown 😂 gotta love the consistency.
— a fasaad (@a fasaad)1587799076.0

Did we really expect any less of Pauly D?

Some have expressed disbelief...

Is it really him?

And have questioned if it really is Pauly D.

And others have this important question...

Well, there's only one way to find out, isn't there?

So his bearded face has certainly shocked plenty of his fans. Here it is, in all it's glory. Thoughts, anyone? For more on how the rest of the cast of Jersey Shore are doing these days, keep scrolling...