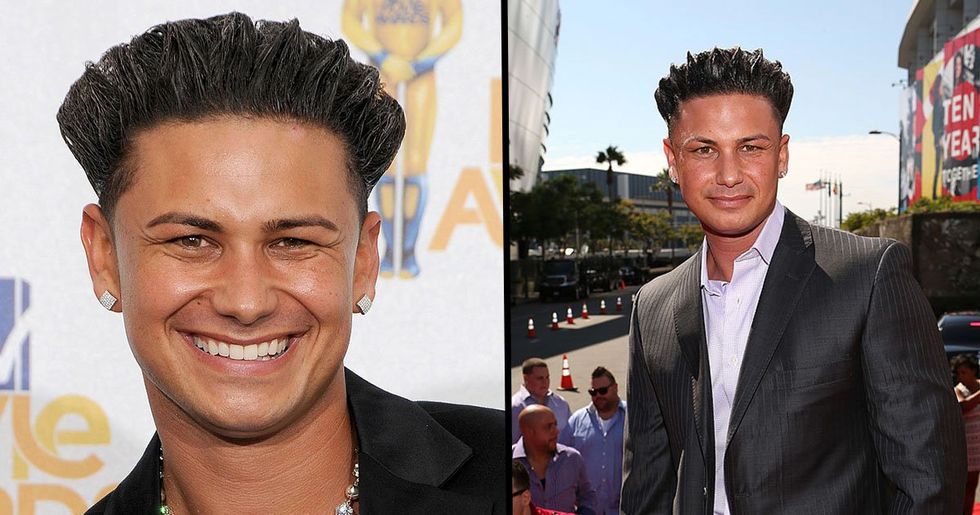 DJ Pauly D is known for many things - partying like a champ, coming up with absurdly hilarious catchphrases, and, of course, his incredible hair. Love it or hate it, you have to admit, it's a pretty impressive look. In a style known as a "blowout," his hair totally defies gravity, plus takes on a sheeny, plastic-esque finish that is unlike anything we've ever seen before.

But there are those out there who aren't so fond of the style. From time to time, Pauly D will switch up his style, often with surprisingly thirst-trapping results. But his latest look has got the whole internet talking, for all the right reasons.

Something about his lack of boundaries, loud and brash sense of humor, and odd ability to make everybody fall in love with him makes him a perfect reality star.

But it's likely that a key one was it gave viewers an insight into a very specific culture that, until then, the world had known very little about. Oh, and all the fighting and making out, of course.

It's long been a subject of public fascination.

Here, he is getting touched while filming The View in 2010. We have to say, we're pretty curious as to how that gelled 'do feels, too.

Catch Pauly D here rocking the "headphones under the chin" look while recording with Radio Andy earlier this year. All to protect that crazy hair.

He's also proud of how resilient his style is.

When asked on Jersey Shore by his gelato shop boss to wear a hairnet, he hit back, "My boss seems to think that my hair is gonna fall off and go into the ice cream. This hair ain't movin' my dude. 150 mph on the highway on a street bike...it doesn't move! What makes you think it's gonna move in a gelato shop?"

While the other Jersey Shore stars have all undergone something of a transformation in the ten years that they've been in the public eye, Pauly D still looks almost exactly the same - including that hairdo.

In season four of the show, when the gang visited their homeland of Italy, Pauly dressed up as a "typical guido" - including a fauxhawk. But this look was still heavily gelled.

He captioned the image "The Great DJ Gatsby," and rocked a slicked back, side-parted 'do.

We have seen his hair sans-gel before.

Pauly D went au-naturel for one red carpet back in the day - but his fluffy 'do was more awkward teen than MTV heartthrob.

But his latest look may well be his hottest yet.

Sure, we'll always have some kind odd affection for the blowout. But his new style is less of a novelty and more of a genuinely attractive look.

And the internet has gone wild.

Some threw shade to his old look.

Sure, Pauly should rock whatever he feels most comfortable in - but maybe he has become overreliant on the blowout over the years.

Others want to push even more changes.

@DJPaulyD Can you imagine how more gorgeous he would be with a short scruffy beard 🤤
— Alison Shuffler (@Alison Shuffler)1560364513.0

Pauly D does have a very conventionally handsome face - but the blowout and clean-shaven look may be a little too 2009.

We're way into it - and that hairband is as stylish as it is practical. For more Jersey Shore cast transformations, keep on scrolling!