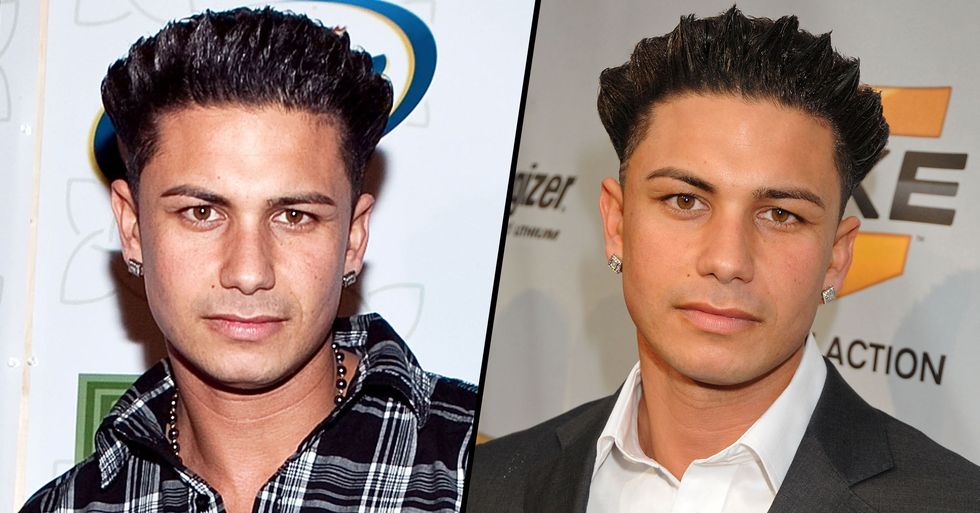 Charlotte Puckering
Jersey Shore's finest, Pauly D, shocked fans over the weekend after he ditched the infamous hair gel to reveal his natural locks... And, let's just say, it's not what any of us were expecting.

And his hair has finally been given a breather from all that relentless hair gel.

But, before his hair was given a transformation...

His famously clean-shaven face was.

And fans were loving it.

So his bearded face has certainly shocked plenty of his fans. Thoughts, anyone?

And, while his beard flourishes...

The reality star has evidently decided to give his natural hair a little TLC, too.

Yes, the day has finally arrived...

Pauly D has (temporarily) ditched the hair gel and revealed what his natural hair looks like... And it isn't what any of us were expecting.

It turns out that Pauly has a full head of thick, curly hair.

Now, this is a far cry from the slick, rigid do we're all used to.

And he looks totally unrecognizable.

Fans have been going crazy since Pauly gave a glimpse at his natural do... Pauly, is that you?

He shared his look in a TikTok video...

And, though we don't get the clearest view, we can still get a glimpse at those thick and curly locks.

It turns out that he has amazing hair!

How does it look so healthy after being blitzed with gel for decades?

I don't know about you, but I am loving Pauly D's fresh look.

It seems that his au naturel look sadly isn't permanent...

But we can all hope and pray for a comeback, right? For more on how the rest of the Jersey Shore cast are looking these days, keep scrolling...