Do You Know the Common American Behaviors Are Considered Horribly Rude in Other Countries? | 22 Words 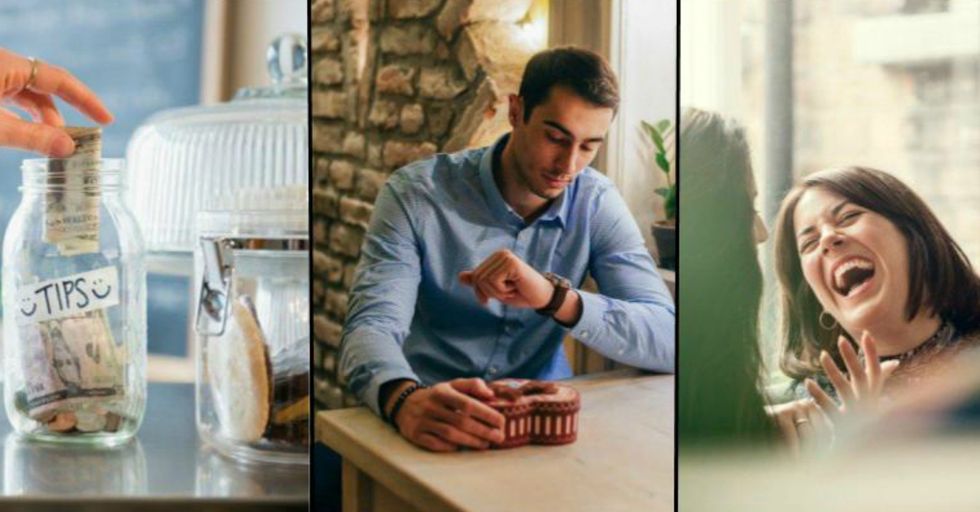 Do You Know the Common American Behaviors Are Considered Horribly Rude in Other Countries?

Before traveling to another country, it's important to read up on the culture to find out what is and is not acceptable. Something that may be considered typical behavior here could land you in hot water elsewhere. And you might be surprised by what could be misconstrued as insulting.

Keep reading to find out how to avoid coming off as a rude American. And definitely do not do #11 when visiting Vietnam— things could get awkward.

It's common form of small talk in the US and Canada, but asking someone about their career path can be considered an insult in many other parts of the world. This is especially true in France, as the French have little concern for work and would rather be talking about pretty much anything else. Can you blame them?

Tipping is frowned upon in China, South Korea and many other countries throughout Asia and Europe. Workers feel that the idea of an incentive to do a good job is insulting, as they already take pride in their work.

Want to look like an ignorant American in Japan? Simply laugh with your mouth open, which is considered rude and “horse-like."

Both at restaurants and when dining in someone’s home, adding spices or condiments to your meal is seen as a slap in the face in places like France, Spain, Italy, and Japan. The cook sees this as the meal not being prepared well, and that’s pretty darn offensive. So, just to be safe, maybe don’t ask for that bottle of ketchup.

In many countries such as China and Japan, accepting a gift in certain circumstances is considered quite rude. You're expected to decline the gift several times or at least offer something in return to remain polite.

6. Opening a Gift in Front of the Gift-Giver

You’d think this one would be the polite thing to do, but in many Asian countries, opening a gift immediately after receiving it is seen as greedy. It’s best to wait until returning home to open it.

While this one is pretty much a no-brainer, lateness is considered unacceptable in several countries across the globe. Americans are more forgiving when it comes to arriving fashionably late, but in countries like Germany, you’re seen as not valuing someone else’s time.

Us Americans are pretty touchy-feely with the people we love, but this is not the case in countries like China, Thailand and South Korea. It’s more polite to respect people’s personal space rather than showering them with affection.

While whistling is a harmless habit in America, in Haiti it’s considered an ultimate act of rudeness. It’s especially a no-no for children, who are in for a stern scolding from an elder if they’re caught whistling a merry tune.

10. Putting You Hands in Your Pockets During Conversations

In countries such as Turkey and South Korea, having one hand in your pocket during a conversation is seen as an act of arrogance. This could cause issues for American travelers who most likely do this without even realizing it.

This one has a totally different meaning in other parts of the world. While in the US crossing your fingers tends to symbolize good luck, in Vietnam, it's a crude gesture for a part of the female anatomy. Best to avoid this one altogether.

Although the thumbs up is considered a friendly gesture in the US, it’s quite the opposite throughout the  Middle East, Russia, Greece, Western African and Latin America. In fact, it has the same meaning as the middle finger here in America. Definitely one to remember when traveling to avoid a punch in the mouth.