Do You Notice Cops Tap Your Taillight When You're Pulled Over? Here's Why... | 22 Words 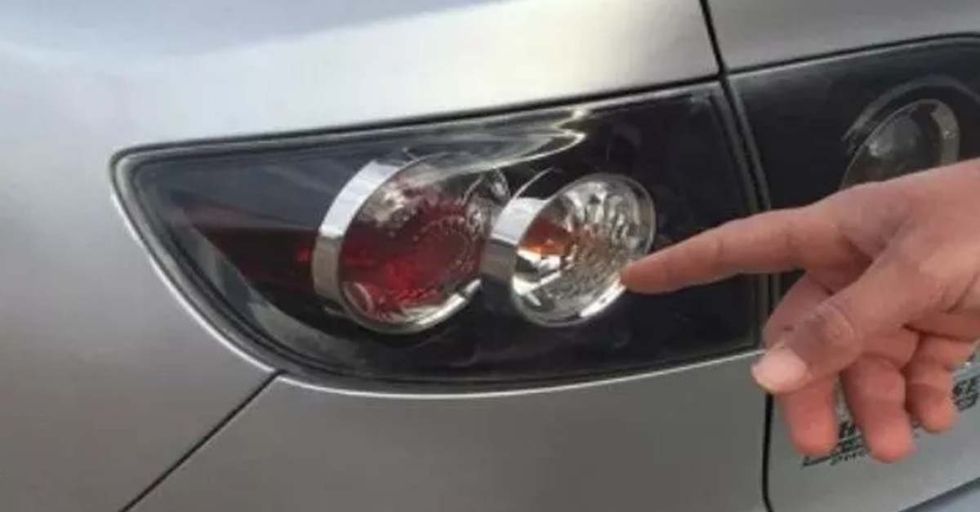 Do You Notice Cops Tap Your Taillight When You're Pulled Over? Here's Why...

There's no feeling worse than being pulled over.

Not only because you know you're in trouble with the law for something you KNOW you did, but also due to the anxiety you get from wondering what OTHER laws you may have broken.

If you've ever had the misfortune of being pulled over more than once, you may have realized that cops ALWAYS tap your taillight as they approach your car.

It turns out there are several very good reasons for this seemingly odd habit, and they might just surprise you.

Chances are, you might have missed this little detail while getting pulled over yourself.

That's understandable. You're probably wracked with nerves. I mean, who isn't totally freaking out when the lights and sirens are going on behind them?

Well, hardened criminals for one.

Anyway, whether you notice it or not, there's a routine that police perform when approaching your car.

Part of the reason is for their own safety, and many believe part of it might just be tradition or an effort to confuse you. Take a look at the facts of the matter on the next page and draw your own conclusions!

This sneaky move is in part done to catch the offending driver off-guard.

If they were busy trying to hide contraband or reach for a weapon, the tap would startle them, making them pause what they were doing long enough for the cop to approach.

Another good reason they did this? Before dash cams, tapping on the taillight would serve as proof the cop encountered the car.

If the officer went missing, they could find their prints on that one area and realize he had a run-in with that car.

But with dash cams, today tapping is mostly just done out of tradition and habit.

But there's still a LITTLE more to it than that, as you'll see.

Sometimes, tapping the car is a bad idea, because it can alert a possibly dangerous driver as to where the officer is in the dark.

For these reasons, some have given it up, but most just keep doing it.

In fact, some departments suggest that cops refrain from doing this, but they continue to nonetheless.

Technology aside, the shock that the tap provides can still be useful.

You might not think much of a normal person's reaction to being startled, but it says a lot about their circumstances.

If someone's scared, that's...good. It means they're not looking to face-off with a police officer, thank goodness.

Seeing how a person responds to the tap has allowed many officers to better evaluate a situation.

So while the fingerprint reason is fairly obsolete thanks to dash cams, startling the driver can still prove useful.

And sometimes, the officers aren't hitting the taillight at all, but the trunk. On several occasions, police have knocked on a trunk to find it lose with contraband or even a person inside.

So now you know. What do you do with this information? Well, don't be too startled. The more surprised you are by the tap, the more suspicious you'll seem, so stay cool and expect it.

It's not likely, but how great would that be if you're a cop? A knock of your flashlight pretty much does your job for you!

It's worth repeating if you experience that good fortune once, for sure.

The important thing is not to freak out if it happens.

They're just doing their job, and it's all part of the routine. They're not presuming guilt or innocence. Just take a deep breath and get through the interaction as best you can. They want it to be over as much as you do!