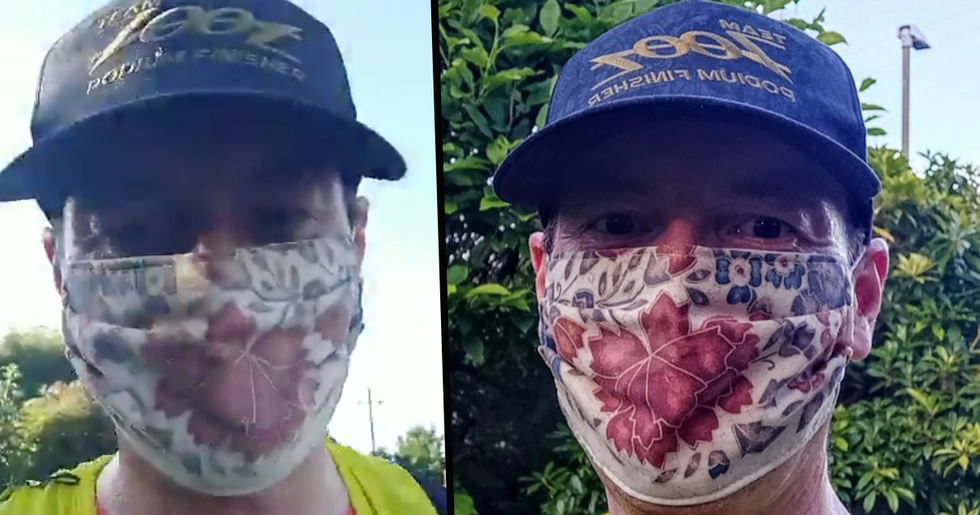 Things are starting to return to normal despite the country still facing increased cases of the virus, and as the need for more precautions becomes even clearer, some feel they don't need to adhere to medical guidelines - often citing spurious medical facts.

But one doctor has proven them all wrong with a test that shows no negative effects on his oxygen levels during mask-wearing - even while long-distance running.

One doctor has gone above and beyond to prove they are truly safe.

Because masks don't actually impair oxygen levels at all.

And this test proves it!

So one doctor has decided to take on the mask-skeptics.

Dr. Tom Lawton from the Bradford Royal Infirmary in Yorkshire, England, has come up with a clever experiment to prove the naysayers wrong.

He's been going on long-distance runs in his mask to prove his point.

Then testing his oxygen levels - which never change significantly, regardless of his face covering.

Yep, masks aren't dangerous at all!

And if Dr. Tom can wear one while running 22 miles, surely you can while going to get groceries.

He even shared pics as further proof.

Pretty hard to argue with this.

So there you have it - masks are good.

Want more mask controversy? Scroll on for what Tom Hanks had to say on the matter ...