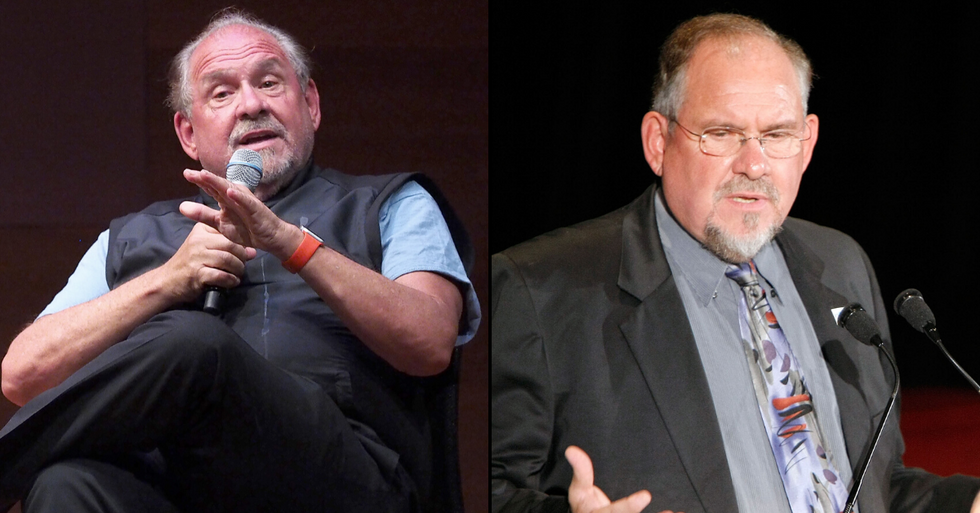 As the coronavirus continues to take over the world on, we've all been forced to realize just how fragile life can be. No one expected the string of a disease we once knew to become such a deadly force. And after rumors that a vaccine could take up to twelve months have surfaced, we must come together to help those most vulnerable in our society.

And there's one method we have been advised to adopt: Social distancing.

But while we're adopting that idea, health experts are working to slow down the virus to little or no avail. Now, the doctor that helped beat smallpox has come forward with some crucial advice...

Read on to find out what it is.

As the world falls deeper and deeper into a slum, there is only one piece of advice we're told to hold on to...

And that is to keep a distance.

What exactly is Social Distancing?

You've probably heard this term being thrown about these past few weeks but what is the true meaning behind it?

It is the act of limiting social interaction.

This includes reducing how often we go out to visit our friends, other family members, how often we attend events and gatherings.

How do I stress this so that the world can understand? It is very important that we control and limit our social interaction as it will prevent the further spread of the coronavirus. If you don't come into contact with people as often, you can't pass on the germs.

How can we do this effectively?

In order to carry out social distancing in an effective manner, we all need to first understand how serious this global pandemic has become. Why? Because some people don't realize the severity of this virus, ain't that right, Vanessa Hudgens and co.?

It's about protecting the more vulnerable people in our society.

There are many factors that make some people more susceptible to falling victim to the disease and it typically involves their health or their age.

So if you're young, healthy and contract the virus, you've got a good chance of surviving...

But it's not about you. It's about everyone else. That's why social distancing is important, in order to prevent the further spread of COVID-19.

And while we take extra precautions to help ourselves, health experts are out doing their bit too.

Doctor Larry Brilliant, a crucial component in eradicating smallpox has now spoken out on what should happen next. Speaking to WIRED, he revealed some important information in defeating the coronavirus.

He answered a series of questions that we all needed the answers to.

Let me break it down for you.

1. "I've heard you talk about the significance that this is a 'novel' virus."

"It doesn't mean a fictitious virus. It’s not like a novel or a novella. It means it's new. That there is no human being in the world that has immunity as a result of having had it before. That means it’s capable of infecting 7.8 billion of our brothers and sisters."

2. "Do you believe that if someone gets it and recovers, that person thereafter has immunity?"

"There are cases where people think that they've gotten it again, [but] that's more likely to be a test failure than it is an actual reinfection. But there's going to be tens of millions of us or hundreds of millions of us or more who will get this virus before it's all over, and with large numbers like that, almost anything where you ask “Does this happen?" can happen. That doesn't mean that it is of public health or epidemiological importance."

3. "Is this the worst outbreak you’ve ever seen?"

"It's the most dangerous pandemic in our lifetime."

4. "We are being asked to do things, certainly, that never happened in my lifetime... Are we getting the right advice?"

"Well, as you reach me, I'm pretending that I'm in a meditation retreat, but I'm actually being semi-quarantined in Marin County. Yes, this is very good advice. But did we get good advice from the president of the United States for the first 12 weeks? No. All we got were lies. Saying it’s fake, by saying this is a Democratic hoax. There are still people today who believe that, to their detriment. Speaking as a public health person, this is the most irresponsible act of an elected official that I've ever witnessed in my lifetime."

Doctor Brilliant then elaborated on the previous question saying:

"Is it going to protect us completely? Is it going to make the world safe forever? No. It's a great thing because we want to spread out the disease over time. By slowing it down or flattening it, we're not going to decrease the total number of cases, we're going to postpone many cases until we get a vaccine—which we will because there's nothing in the virology of this vaccine that makes me frightened that we won’t get a vaccine in 12 to 18 months. Eventually, we will get to the epidemiologist gold ring."

"That means, A, a large enough quantity of us have caught the disease and become immune. And B, we have a vaccine. The combination of A plus B is enough to create herd immunity, which is around 70 or 80 percent. I hold out hope that we get an antiviral for Covid-19 that is curative, but in addition, it is prophylactic. It's certainly unproven and it's certainly controversial, and certainly, a lot of people are not going to agree with me..."

6. "When will we be able to leave the house and go back to work?"

"I have a very good retrospect-scope, but what's needed right now as a prospecto-scope. If this were a tennis match, I would say advantage virus right now. But there's really good news from South Korea—they had less than 100 cases today. China had more cases imported than it had from continuous transmission from Wuhan today [Tuesday]."

He continued, saying this:

"The Chinese model will be very hard for us to follow. We're not going to be locking people up in their apartments, boarding them up. But the South Korea model is one that we could follow. Unfortunately, it requires doing the proportionate number of tests that they did—they did well over a quarter of a million tests. In fact, by the time South Korea had done 200,000 tests, we had probably done less than 1,000."

7. "Now that we've missed the opportunity for early testing, is it too late for testing to make a difference?"

"Absolutely not. Tests would make a measurable difference. We should be doing a stochastic process random probability sample of the country to find out where the hell the virus really is. Because we don't know. Maybe Mississippi is reporting no cases because it's not looking. How would they know? Zimbabwe reports zero cases because they don't have testing capability, not because they don't have the virus. We need something that looks like a home pregnancy test, that you can do at home."

So one crucial piece of information we have is this idea of testing.

We need more tests so that people can identify the disease. Keep scrolling for more important information Doctor Brilliant revealed about defeating the coronavirus.

8. "If you were the president for one day, what would you say in the daily briefing?"

"I would begin the press conference by saying "Ladies and gentlemen, let me introduce you to Ron Klain—he was the Ebola czar [under President Barack Obama], and now I’ve called him back and made him Covid czar. Everything will be centralized under one person who has the respect of both the public health community and the political community." We're a divided country right now. Right now, Tony Fauci [head of the National Institute of Allergy and Infectious Diseases] is the closest that we come to that."

"I'm in the age group that has a one in seven mortality rate if I get it. If you're not worried, you're not paying attention. But I'm not scared. I firmly believe that the steps that we're taking will extend the time that it takes for the virus to make the rounds. I think that, in turn, will increase the likelihood that we will have a vaccine or we will have a prophylactic antiviral in time to cut off, reduce, or truncate the spread."

The interviewer at WIRED included the fact that Brilliant emphasized this:

"Everybody needs to remember: This is not a zombie apocalypse. It's not a mass extinction event."

"The N95 mask itself is extremely wonderful. The pores in the mask are three microns wide. The virus is one micron wide. So you get people who say, well, it's not going to work. But you try having three big, huge football players who are rushing for lunch through a door at lunchtime—they're not going to get through. In the latest data I saw, the mask provided 5x protection. That's really good."

However, he did also add this:

"The world is not going to begin to look normal until three things have happened. One, we figure out whether the distribution of this virus looks like an iceberg, which is one-seventh above the water, or a pyramid, where we see everything. If we're only seeing right now one-seventh of the actual disease because we're not testing enough, and we're just blind to it, then we're in a world of hurt."

Number 2 is the obvious:

"Two, we have a treatment that works, a vaccine or antiviral."

"[This one is] maybe most important, we begin to see large numbers of people—in particular nurses, home health care providers, doctors, policemen, firemen, and teachers who have had the disease—are immune, and we have tested them to know that they are not infectious any longer."

To this question, Doctor Brilliant replied this: "Well, I'm a scientist, but I'm also a person of faith. And I can't ever look at something without asking the question of isn't there a higher power that in some way will help us to be the best version of ourselves that we could be?"

"I thought we would see the equivalent of empty streets in the civic arena, but the amount of civic engagement is greater than I've ever seen. But I'm seeing young kids, millennials, who are volunteering to go take groceries to people who are homebound, elderly. I'm seeing an incredible influx of nurses, heroic nurses, who are coming and working many more hours than they worked before, doctors who fearlessly go into the hospital to work. I've never seen the kind of volunteerism I'm seeing."

He finished it off with an important message:

"I don't want to pretend that this is an exercise worth going through in order to get to that state. This is a really unprecedented and difficult time that will test us. When we do get through it, maybe like the Second World War, it will cause us to reexamine what has caused the fractional division we have in this country. The virus is an equal opportunity infector. And it’s probably the way we would be better if we saw ourselves that way, which is much more alike than different." Keep scrolling to see why it's hard to get our hands on those all-important tests...