But, sadly, the star's publicist has announced that he passed away on Tuesday afternoon. | 22 Words 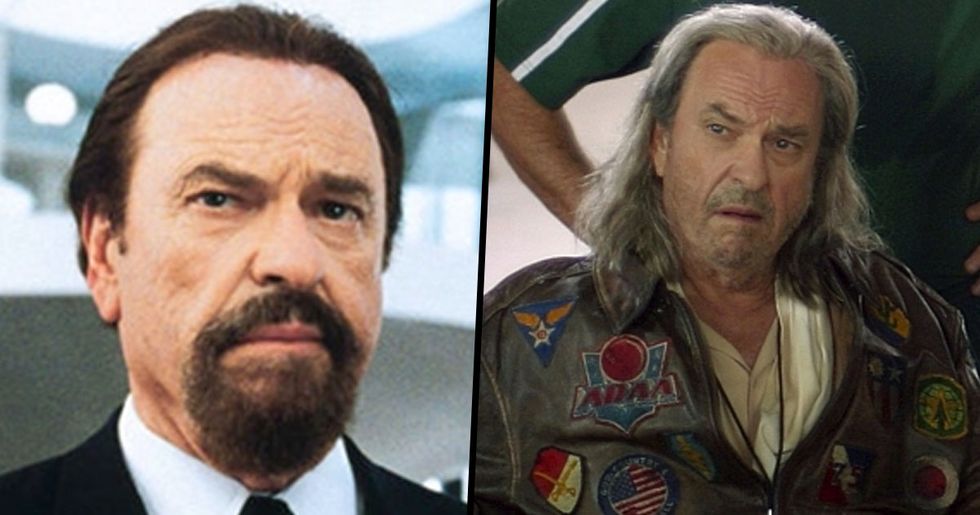 Today is a sad day for the acting world, as one of its biggest stars, Rip Torn, has sadly passed away aged eighty-eight.

You'll probably know Torn for his roles in Men In Black, Dodgeball: A True Underdog Story and The Larry Sanders Show, which earnt the star an Emmy Award, although his groundbreaking early work in the 1984 film, Cross Creek, also earnt the star an Oscar nomination.

As the devasting news of his passing broke today, tributes have already started pouring in for the actor and comedian from many of his celebrity friends as well as heartbroken fans.

With his quirky name and undeniable humor, the star plummeted to fame in the '80s after starring in Cross Creek and has since enjoyed a successful career both on stage and on-screen.

But, sadly, the star's publicist has announced that he passed away on Tuesday afternoon.

According to publicist, Rick Miramontez, the actor died at home with his wife, Amy Wright, and daughters, Katie Torn and Angelica Page, by his side. As of now, no cause of death has been given.

Acting legend, Will Smith, was amongst those leading the tributes to Torn today.

Smith, who starred alongside Torn in Men in Black, shared a picture of the pair on his Instagram.

The British sci-fi Author reminisced about meeting Torn in the '90s - an encounter which went on to inspire the character of Mr. Wednesday in his fantasy novel, "American Gods."

Fans were heartbroken to hear the news.

The amount of tributes left for the star proves that he touched the lives of many, as numerous fans took to Twitter to react to the upsetting news. Even though we don't know them personally, when it comes to celebrities, whether they've sung or played the music that we love to listen to; acted, directed, produced, or written movies that gave us those nostalgic feels; sparked a celebration with a record-breaking goal or a knockout, or simply brought a little light into our lives, it can feel like we've lost a friend when they pass away, but the main thing that we can do is remember them as the winners that they are. So, as bleak as it may seem, as we invite you to take a look at other stars who have sadly passed away this year, we aim to celebrate their lives and achievements.