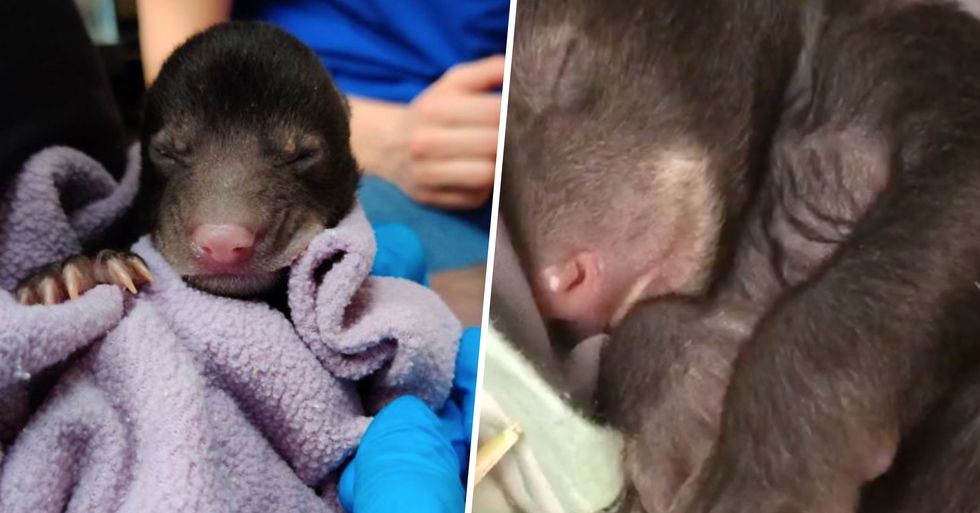 Dogs are smarter than we ever give them credit for - but one particular pooch has absolutely wowed the internet this week with their generous spirit. A dog from Washington County managed to rescue a cute baby animal - and probably save the mystery creature's life!

And his story is just adorable.

You can never be quite sure what they're going to bring into your home ...

They seem to have an almost innate need to care for helpless, smaller dogs.

But there's just one problem ...

Dogs aren't always the cleverest of creatures - which can lead to some mixups.

And one has gone viral this week.

As a dog from Washington County ended up bringing home not a lost puppy - but a tiny, baby bear.

And honestly, when they're teeny and small, they could be mistaken for a pup.

But when they grow up?

Well, you might be in a spot of bother with a fully grown, adult bear in the home...

This was the bear cub in question.

Honestly, we can see why the dog was confused!

But it actually turns out, this dog was basically a hero.

Its (perhaps misguided) actions could well have saved this cutie's life!

The bearcub was not in a good way.

It weighed less than a loaf of bread and was severely dehydrated.

It was moved to the Wildlife Center of Virginia.

And there, the cub was nursed back to health. Phew!

The refeeding process was meticulous.

But there looks to be a happy ending for the animal!

For one thing, he's been reintroduced to the wild.

"The black bear cub was successfully fostered on Wednesday! He’s out in the wild with a new mom now," director of outreach at the Wildlife Center Amanda Nicholson told Bored Panda.

"It is fairly common for us to receive wild animals that have been picked up by pets, but it’s uncommon that they are uninjured."

"Sadly, we see a significant number of injured wildlife from free-roaming housecats, and dogs will also often disturb nests of some ground-dwelling wildlife."

"We treat more than 3,000 wild animals each year in our hospital; a number of animals come to us sick or injured, and we have a veterinary team at the ready to provide whatever treatment or surgery is necessary."

"We also receive a number of healthy orphaned animals, and our rehabilitation staff will raise them until they are old enough to survive on their own back in the wild."

"In the case of this bear, we settled him into an incubator and calculated a ’round-the-clock feeding schedule with a specialized formula to meet his nutritional needs."

We love a happy ending!

What a heroic dog - and cute bear, for that matter.

Fancy more dog content? Scroll on for one viral pooch with a rather famous lookalike...