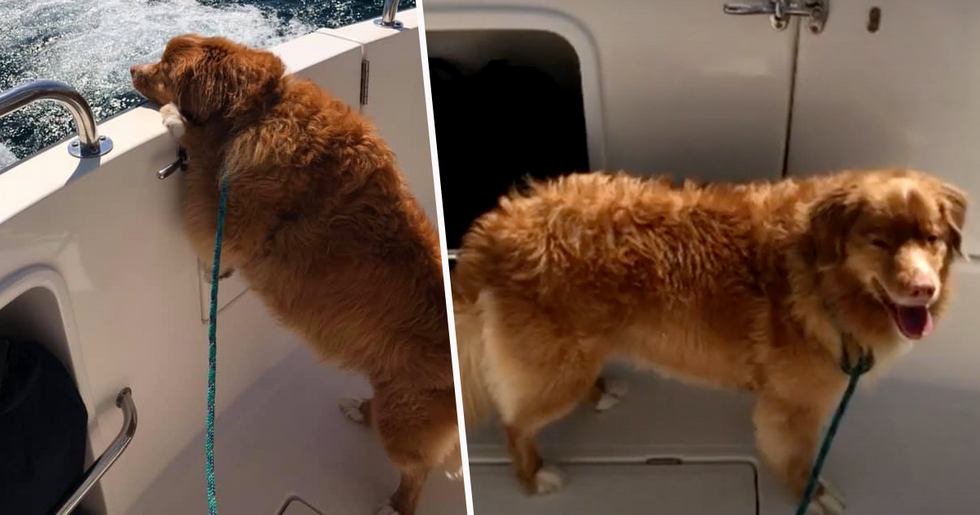 A family on a boating trip came across a dog swimming alone in Lake Michigan and helped reunite her with her owners who were extremely thankful.

The video of the reunion was exceptionally heartwarming, read on to have a look for yourselves.

Some stories do have happy endings...

A dog left alone in the middle of Lake Michigan was rescued after a family on a boating trip saw it struggling to keep afloat.

I mean who could? Dogs are pretty much the best things on earth. If you’re ever feeling down in the dumps, a dog is guaranteed to make you feel better.

So it's no wonder why the owners were so grateful when hey got their pup back.

It was a reunion they would never forget.

But sometimes, accidents can happen...

And this means that many dogs get lost, or left behind, leaving them to fend for themselves.

And that's exactly what happened to this one pup who was left in the waters of Lake Michigan.

She was struggling to stay on the surface when she was spotted by a family who was out in the area on Friday.

The Wilcox family was out on a boating trip when they noticed a "red animal" in the water.

They were making their way from Grand Haven to Frankfort when 8 hours in, they noticed something in the water.

In an interview with WOOD-TV, Jeannie Wilcox said this:

"I see this red animal in the lake and I started screaming 'Dog in the water!'"

According to her, the dog was swimming 4 miles offshore...

And it was predicted that she had been treading water for approximately an hour before she was rescued.

Wilcox recalled the moment the family rescued the frightened dog.

"We brought her up on our swim platform really easily," Wilcox told the outlet. "We dried her off. She was obviously scared and cold."

But then began the mission to reunite her with her owners.

Wilcox and her family traveled a further 4 hours to reach Belmont, where they managed to get the dog scanned for a microchip.

And then the owners were located.

After agreeing to meet at the docks, the two families did the all-important exchange.

And the video posted by Wilcox to her Facebook shows just how heartwarming the reunion was.

The dog can be seen running to her owners and they look grateful to be seeing her again.

The caption read: "Happy Happy reunion! All dogs welcome on Off The Hook ... aka water dog rescue."

They were just happy that they could do their part to help.

Wilcox added that she hopes somebody would do the same for her if that was her pet.

"I would just be very grateful, happy because I know how rough Lake Michigan can be."

Here's the video of the sweet reunion:

Well, if you're in the mood for some more cute, puppy-related news, then keep scrolling...

This new Snapchat filter can make your dog look like a Disney character...