Dog Guards Family's Bread Whenever They Leave the House | 22 Words 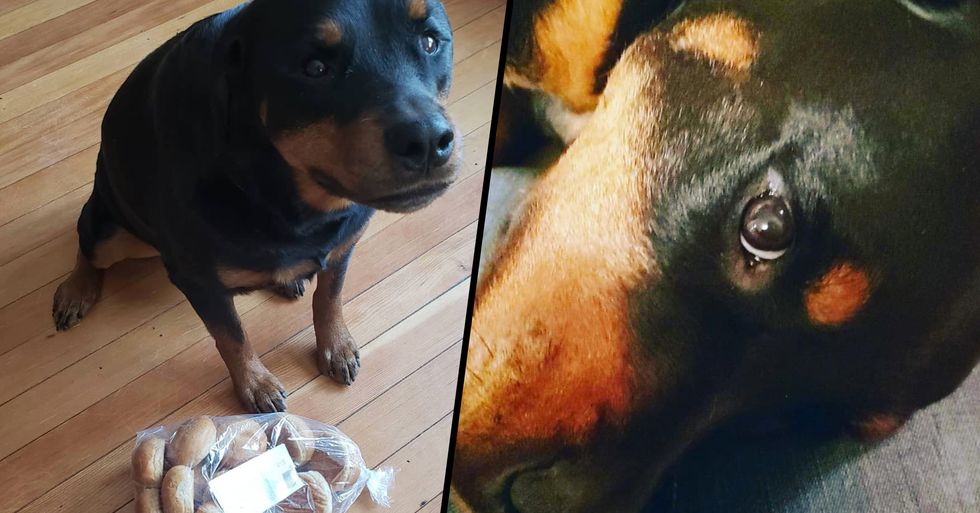 Dog Guards Family's Bread Whenever They Leave the House

Dogs are smarter than we ever give them credit for - but one particular pooch has absolutely wowed the internet this week with their ingenuity. Jakey the rottweiler has a pretty unique way of looking out for his owners - and it's so cute.

And their story is just adorable.

They're increidbly loyal and protective of their owners.

They'll do absolutely anything for those they love.

For a rather unique reason...

This is a dog who just wants to look out for their owners.

But has hilariously got the wrong end of the stick...

This is a guard dog with a difference.

Jakey the rottweiler will do anything to protect his owner's prized possessions.

But she thinks the prized possession is...

The bread. We guess she's not wrong.

Jakey is from Buffalo, Minnesota.

And her owners document his incredibly cute antics on Instagram.

And the internet is going wild for it.

And she has done for as long as owners can remember.

"She began hiding her bread when we moved into our farm four years ago."

"I’d come home at night and find her laying by the bread. I’ve never thought much of it and I would just thank her for keeping the bread safe and pick it up and move on," said owner Katrina.

"I’m assuming because we use it so often, she believes it is the most important thing in our house."

"I can put the bread anywhere-counter, breadbox, pantry, fridge – and she will find it and protect it anytime we leave."

"If we don’t have bread, she moves on to baked goods."

A dog after our own hearts.

Fancy more dog content? Scroll on for the unicorn pooch taking the internet by storm!