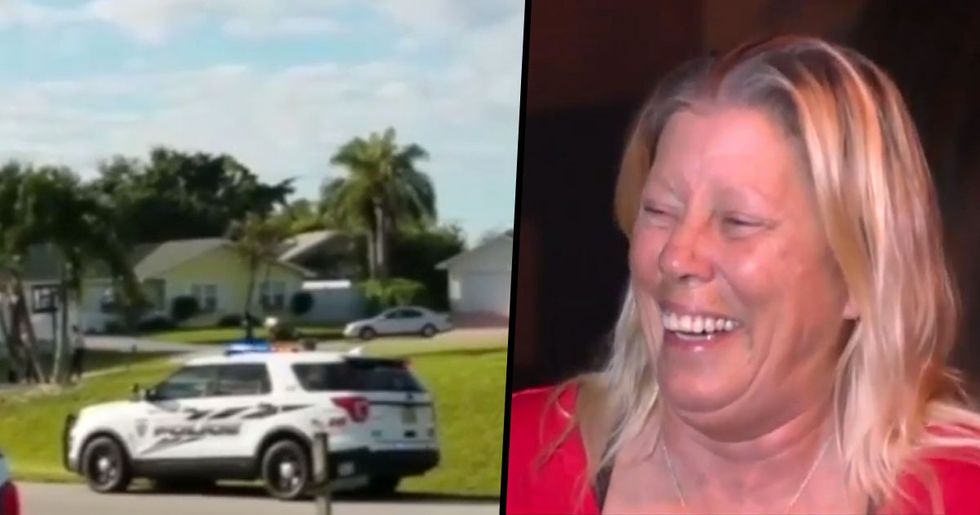 Dogs truly are a gift from above. They're lovable, loyal, and are with us through thick and thin. But it's also no secret that our pooches can be a little mischievous at times and are no stranger to testing the boundaries. That's certainly the case with this naughty labrador from Florida, who wreaked havoc after being left alone in a car - managing to put it into reverse and drive around in circles.

It's pretty unbelievable and we're sure you have lots of questions. Keep scrolling to find out how what happened when this pooch decided to take the family car for a quick joyride and to see the hilarious clip for yourself.

The internet can often be a pretty divisive place.

Because so many of us can now hide behind our computer screens, it’s all too easy to allow differences of opinion to become fully-fledged fights.

But, luckily, there seems to be one thing that we can all agree on.

Dogs. Honestly, dogs are one of the simplest joys on Earth – and no one can really disagree.

For one thing, dogs are exceptionally cute.

And to make them even cuter? There’s a dog for everyone. Big ones, small ones, sleek ones, fluffy ones – the possibilities are truly endless.

But dogs are more than just a pretty face.

They’re also surprisingly smart animals. What other species could you teach to dance, high-five, and even read human emotions? Truly, the mind boggles.

But it's no secret that they can test the boundaries.

All of our pooches have a mischievous streak that comes out to play sometimes. Whether it's ripping up the sofa or biting the mailman, there are certainly times where our four-legged friends land themselves in trouble.

But one dog in Florida truly trumps them all.

A black labrador has wreaked havoc in a usually quiet cul-de-sac in Port St. Lucie after deciding to take his owner's car for a joyride.

No, we're not joking.

On Thursday morning, November 21, a local neighbor looked out of the window to see the pooch across the road having the time of his life in the car.

The pup's joyride didn't take him too far, distance-wise, however...

After (somehow) putting the car into reverse, the naughty pooch proceeded to get stuck in a 360-degree loop for an entire hour.

Soon after, multiple police cars arrived on the scene.

Expecting to see some kind of runaway criminal, the officers were surprised to see the man behind the wheel of the grey sedan was a thrill-seeking labrador.

Though hilarious, his joyride wasn't without damages...

While driving, the dog crashed into the mailbox, a trash can, and moved some bricks in front of a home.

The neighbour who witnessed the entire thing spoke out to a local news reporter...

Anna Sabol, told WPTV: "I figured, ‘How the heck did they manage to do that? "I laughed. I thought they should give that dog a license to drive. He was a better driver than a lot of them I’ve seen," she joked.

We have many questions...

Like how the heck did he get into the car in the first place? How did he put it into reverse? And, most of all, how did he manage to actually drive the vehicle?

According to local police, the dog’s owner had only briefly stepped out of the car when the pup took control of the vehicle.

Somehow, rather incredibly, the four-legged rascal managed to put the car into reverse, embarking on the adventure of his life.  "I saw the dog jump out of the car, wagging his tail. I was like, okay, good driving!" Sabol explained. "He was doing pretty good until he hit the mailbox. He went around for about an hour without hitting anything at all."

Thankfully, nobody was injured as a result of the pooch's spontaneous drive.

Though we're sure he won't be getting back behind the wheel any time soon.

This black labrador is far from the only dog going viral for his mischevious antics. Keep scrolling to learn about a sneaky little dog who gets caught stealing a set of dentures. The pictures are hilarious...