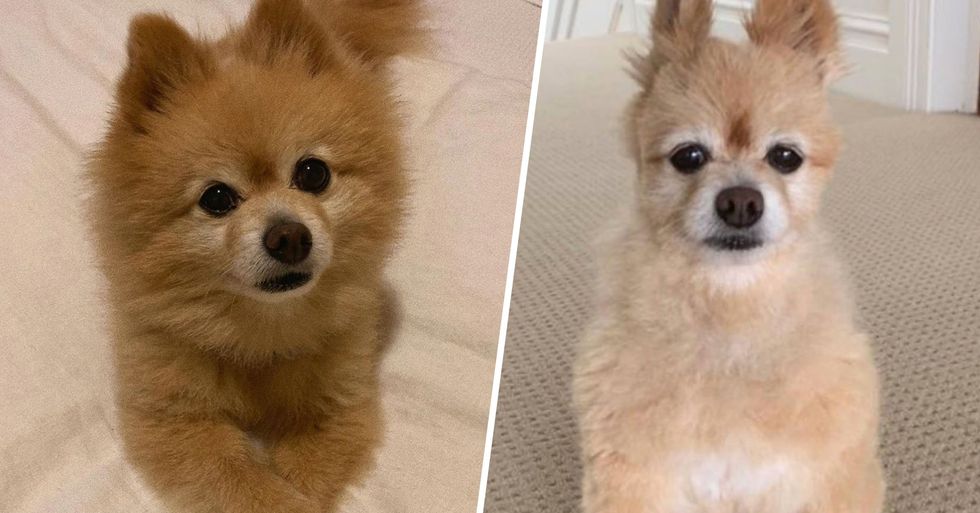 Quarantine is making us do a lot of things we would usually avoid.

With grooming and beauty businesses not considered as essential, some of us have begun taking hair care into our own hands.

And not just our own hair care, our pets as well.

After one woman began cutting her dog's hair, she soon discovered that its best left to the professionals.

The result is absolutely hilarious...

Many local businesses have closed their doors to prevent the virus spread.

We are left without many services we normally take for granted.

And whilst it's important in slowing down the spread.

We can't help thinking what are we going to do without them.

As a result, people have been taking things into their own hands.

People have begun replicating, at home, services that they would normally pay for.

Services that are usually done by professionals.

Where if they are not done correctly, they could go awfully wrong.

Many people are discovering that they are actually not.

Especially if the hair that you are cutting...

Belongs to a dog.

Some people have been sharing their attempts, and we have to say...

What were they thinking?

Sharing a picture of the finished look she tweeted "I gave my squirmy little dog a really bad hair cut today. What did you do?"

And she somehow made it look like her dog had changed breed.

She tweeted "We shaved my dog and now he looks like a poodle with bad bad hair cut."

Now, if you think they're bad hair cuts...

You haven't seen anything yet.

Hermione Olivia, decided to have a go at cutting the hair of her pooch, Mash.

But she didn't really get the end result that she had intended.

Like many people when lockdown began, she probably looked at her pet and thought, it can't be that hard to give him a haircut.

Surely, as long as you get all the hair the same length and don't cut it too short it will be fine.

So Hermione bought some dog clippers.

And off she began cutting Mash's hair.

But what she soon realized was that the clipper's blades were too wide.

And they were taking a lot more hair off than first intended.

That, combined with the fact that dogs probably won't sit still for it.

And she had no experience.

A recipe for disaster.

It's probably not something she will be trying again.

As Hermione acknowledged afterwards, it probably best if the professionals do it in the future.

She wrote on her Instagram post, "Take it from Mash and wait until the professionals are back 🤣🤣✂️".