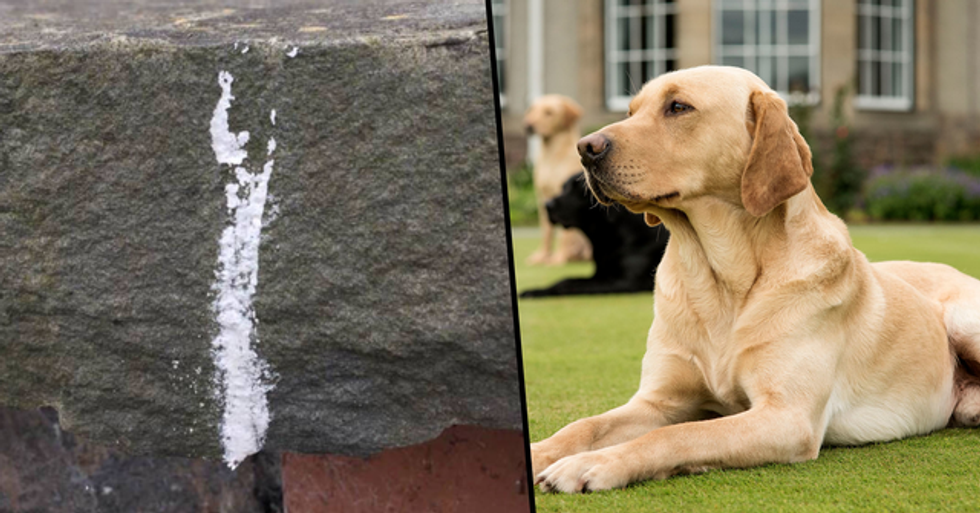 But the latest trend has many dog owners feeling very frightened...

They are one of the world's most popular household pets.

But for some completely unknown reason, people have been known to inflict all kinds of horrors on pups.

But animal abuse and neglect have long been a problem here in the States.

Thousands of animals suffer and lose their lives at the hands of careless and ignorant individuals.

And it seems there's no end to the horrors some are willing to inflict.

Because the majority of us are animal lovers.

And would go to any lengths to protect our furry friends.

According to a study conducted by a team at Best Friends Animal Society, dogs that have fallen victim to abuse and neglect are more likely to show behavioral traits.

These include fearfulness, aggression towards people and other dogs, and hyperactivity.

Alongside persistent barking, and bizarre and repetitive behaviors such as digging, spinning in circles, and hoarding.

In some cases, abused dogs have no hope of trusting humans again, which makes them aggressive and unsafe to have in a family home. Of course, this is not their fault, but it means that many families can't risk homing these poor pups.

But there's another way dogs can fall into situations of cruelty, too.

As this story out of Suffolk, UK, proves.

Because there are some dogs that are a coveted breed.

And rather than being seen as furry pals, some see them as an opportunity to rake in some cash.

Dog napping is a horrific thought.

But sadly, it is surprisingly prevalent - particularly in certain rural communities.

And these criminals can be shockingly organized.

Which has left dog owners in the Suffolk area feeling very frightened.

The way these dognappers are targeting homes?

With a simple chalk mark on the house's outside.

"Really unsettling to discover a white chalk mark on our back fence this evening, please if you have dogs, check your property for these marks and don't let your dogs out in the garden alone at the moment," shared one user.

Another shared, "Warning to everyone in Knocklong there has been a white chalk mark put on my peer. I went to check them out just now after I saw the warnings on Facebook to be vigilant following the theft of dogs. Apparently there has been markers left on peers of houses with dogs. Be careful with your dog."

Police in the area have also released a statement.

"We’d ask residents to remain vigilant and if you see anything suspicious or out of the ordinary please do call police on 101."