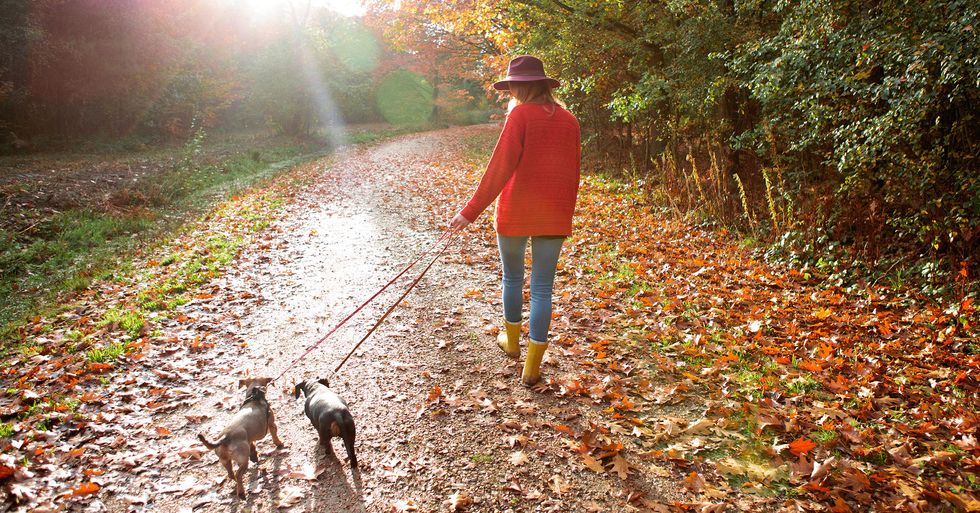 Dog owners were left horrified recently after they were warned about some sausages being left in the street... laced with fish hooks.

Who would do such a thing?!

Dogs are one of the biggest joys in life...

But owning your very own pooch isn't always a walk in the park (no pun intended!).

It takes a lot of responsibility to look after a dog properly...

And it is more than most dog owners even realize!

Many owners often forget that their dogs are animals...

And being overindulged and spoilt is now sadly the norm for so many dogs out there... which isn't at all a good thing.

Of course, this is because people love their pets so much...

But dogs are dogs at the end of the day, and they need to be treated as such.

One of the biggest aspects of owning a dog is walking them.

It has been proven that walking a dog regularly, no matter their age or size, improves their physical and mental wellbeing.

It is unbelievably bad for a dog's wellbeing if they don't get walked...

And it can quickly lead to boredom, aggression, frustration, and destructive behavior... which isn't what any dog owner wants.

The benefits of being walked are endless...

And sociability is one of those. It is super important for a dog to be socialized around other dogs and walking is one of the best ways to achieve this... especially from being a puppy.

Exercise is vital in a dog's day-to-day life.

Dogs are energetic animals and they need to burn off energy every single day. If they don't, bad behaviors can quickly take over.

Exercise also prevents a dog from putting on weight...

And we all know that an overweight dog is an unhappy dog!

These responsibilities are totally worth it though as our dogs mean so much to us...

But the thought of something bad happening to our little pooches is completely unbearable.

Many dog owners usually feel safe when they take their dogs out for a walk...

But some owners in Scotland were left horrified recently when something very sinister was discovered in the streets.

She spoke of how her son had noticed a man hurriedly leaving strings of sausages out in the street... but these sausages didn't look like ordinary ones.

She warned local dog owners to be vigilant...

Knightswood this morning.. guy spotted throwing something onto ground and hurrying away... @policescotland have bee… https://t.co/RacVH1gvY8
— Dawn McIntosh (@Dawn McIntosh)1597857937.0

Because the sausages appeared to be laced with several fish hooks. Utterly horrifying, right?

Why would anyone do such a thing?!

Of course, people were completely horrified by the grisly discovery in their neighborhood and they were questioning who could do such an evil thing.

And whoever was behind this terrible act wanted to inflict pain on dogs in the local area.

It's not even worth thinking about...

But the majority of dogs will eat anything they see left in the streets and if it wasn't for Dawn raising the alarm, this could have resulted in a terrible tragedy.

People think that the culprit will strike again...

And if they are willing to harm animals in this way, when will they move on to humans?

Many encouraged dog owners to train their dogs to not eat food from the streets...

As now, it could potentially save their lives.

Thankfully, Dawn did the right thing by removing the sausages from the street...

And she has notified the police about the stomach-turning discovery.

Let's hope that this disgusting human being isn't a repeat offender...

And we hope that justice will be soon served so they can't have the opportunity to harm these innocent animals again.
20%