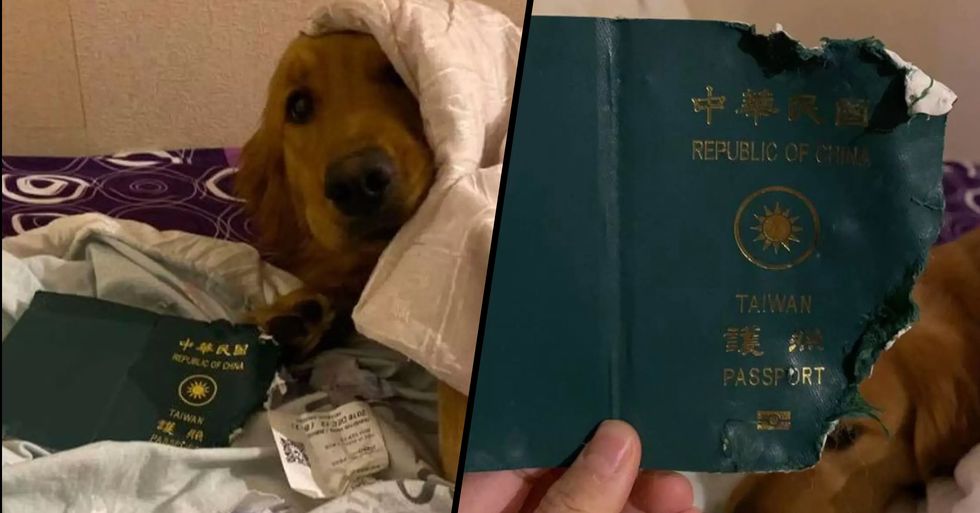 This month, coronavirus broke out in Wuhan, China, and the deadly virus has spread at an alarming pace, subsequently infecting thousands of people across the globe.

But one woman in Taiwan was saved from the virus in the most unique way... By her mischevious dog, who decided to feast upon her passport just before she was due to fly to the infected city.

Keep scrolling for the full story, and to see the adorable photos of the pooch caught red-handed...

So far, there have been over 6,000 cases of the virus, and 132 people have confirmed to have died.

Travellers have been advised against visiting the infected city...

But one woman had her plans canceled for her...

And it was all thanks to her mischevious dog.

Kimi's owner had plans to fly from her hometown of Taiwan to the infected city with her family later this month.

But Kimi must have sensed that something wasn't quite right...

Or maybe she was just coincidentally feeling quite peckish for some passport paper... Because she went on to eat her owner's passport.

Now, Kimi is known for her love of chewing things...

But her owner had never dreamed that she would get her teeth around such an important document.

The pooch was caught in the act.

Her guilty face says it all.

The dog had completely ravaged the passport...

Meaning her owner was no longer able to purchase her tickets to travel to Wuhan later this month, and ultimately making it impossible for her to leave the country.

The passport was completely torn to shreds.

Her owner shared the photos to Facebook, where she wrote: "Once I got back to the room and found this scene!"

Shortly after the photos were taken, news came that there had been an outbreak of the deadly coronavirus in the region...

And it was then that the woman realized that Kimi's actions had potentially saved her life.

"Do you guys remember the passport? Throwback: this kid is really protecting me. After my passport was torn apart, the virus began to go where I originally planned to go."

And it's all thanks to Kimi. "I think about it now, and it's very touching. Fortunately, you blocked our trip." What a good girl.